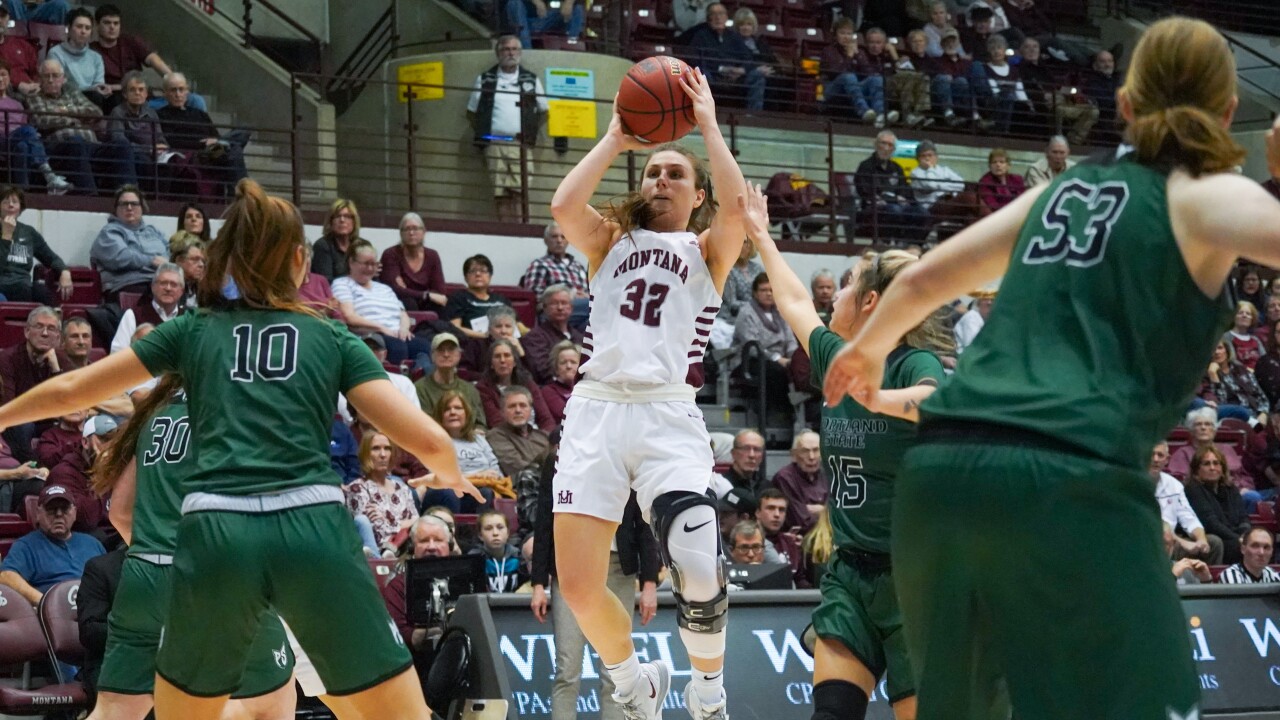 MISSOULA -- On Jan. 15, the Montana Lady Griz suffered from one of their worst shooting performances of the season as they lost to Portland State, 78-65.

On Thursday night, Montana looked like a completely different team as the Lady Griz held off a late Vikings rally to grab a 62-55 win, their second straight Big Sky Conference women's basketball victory.

Montana came out of the gates hot on Thursday evening as it started on a 19-5 run, forcing Portland State to call an early timeout. Out of the timeout, Montana didn't slow down as Gabi Harrington dropped a quick five points to extend the lead. Harrington finished the night with seven points on 3-for-6 shooting from the field in just 15 minutes of playing time.

In the second half, Portland Start slowly started to chip away at Montana's 35-22 halftime lead. Behind 11 points from Kylie Jimenez, the Viks outscored Montana 33-27 in the second half. In the final seconds of the third quarter, Jimenez hit a 3-pointer to pull within four. Following that, in the opening minutes of the fourth quarter, Desirae Hansen hit a jumper in the paint to give Portland its first lead of the game.

However, Montana responded with a quick 3 from Taylor Goligoski followed by a bucket from McKenzie Johnston. From there, the Lady Griz never trailed again and held on for the 62-55 victory.

Montana also defended the deep ball well. In the first half, Montana held Portland to three combined 3-pointers on 3-of-11shooting. Portland State started to find its rythm in the second half as it shot 4 for 8 in the third quarter and 3 for 8 in the fourth.