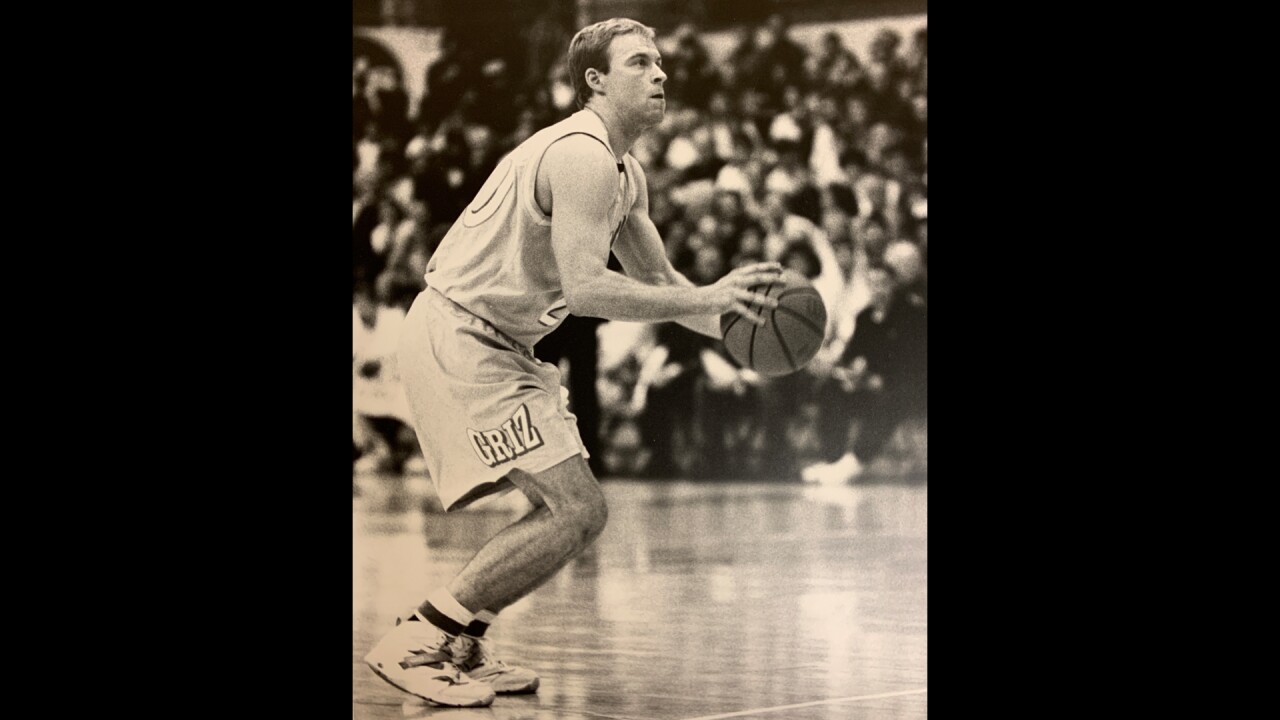 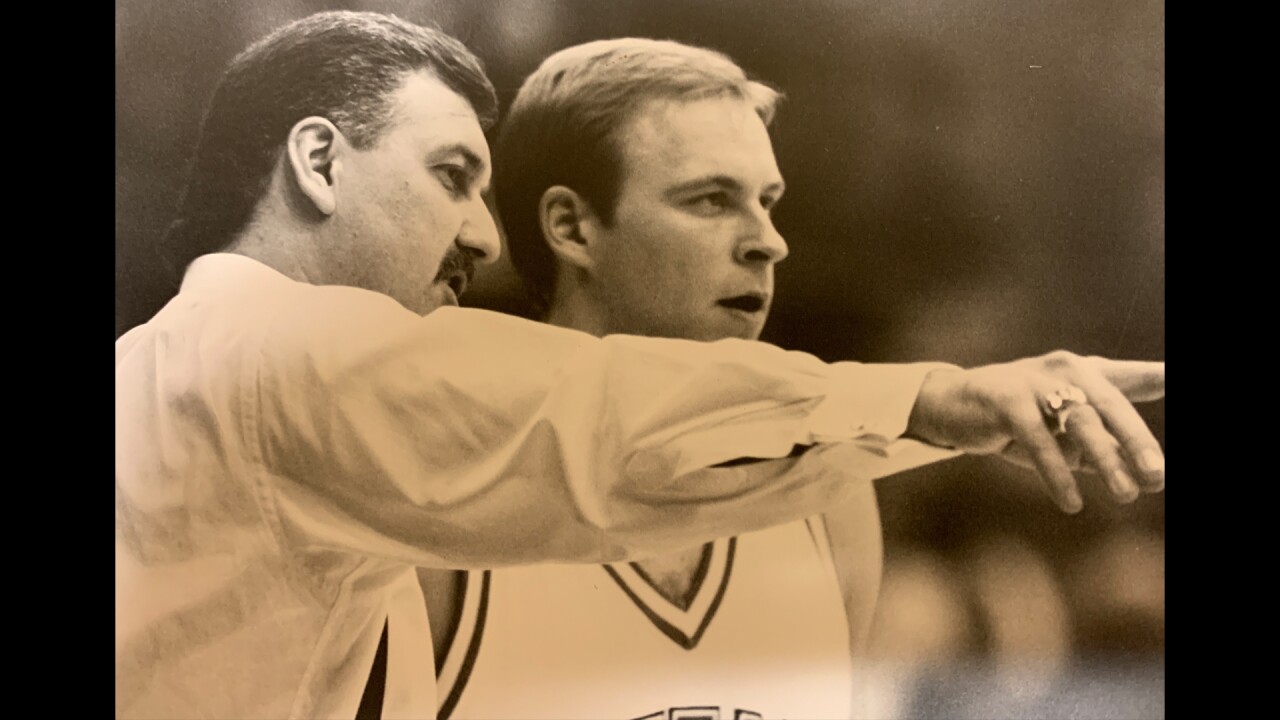 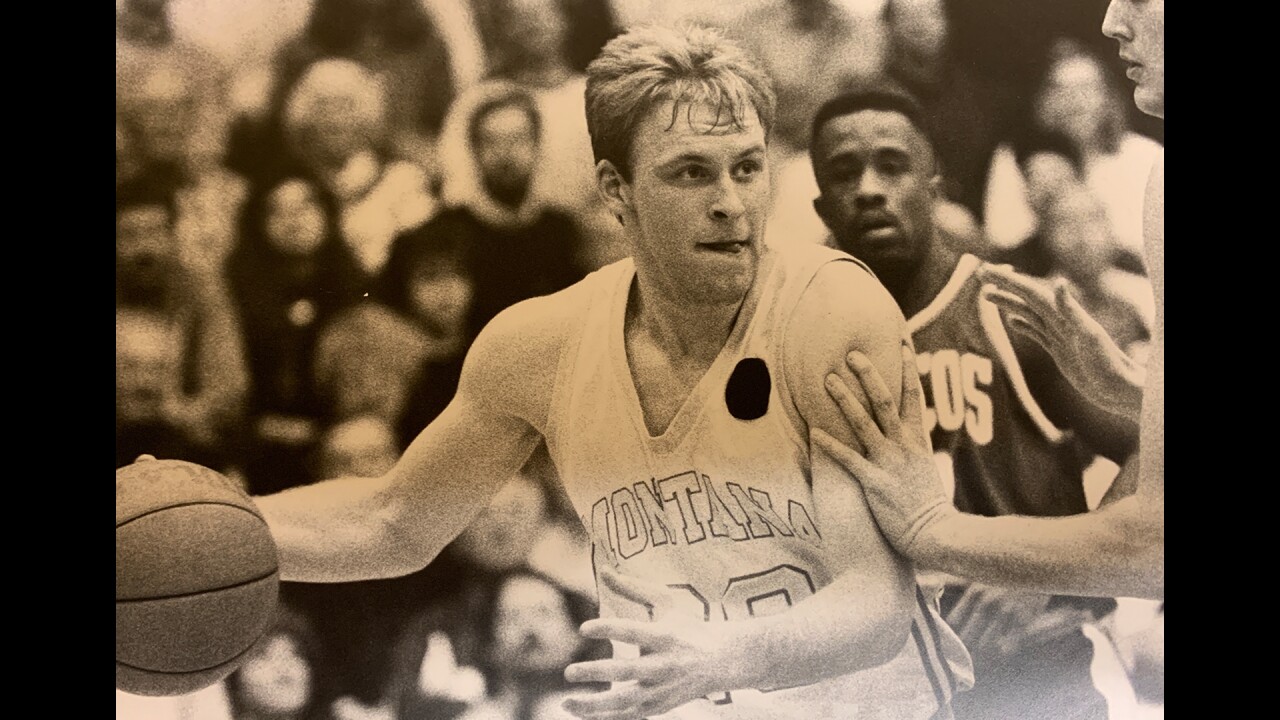 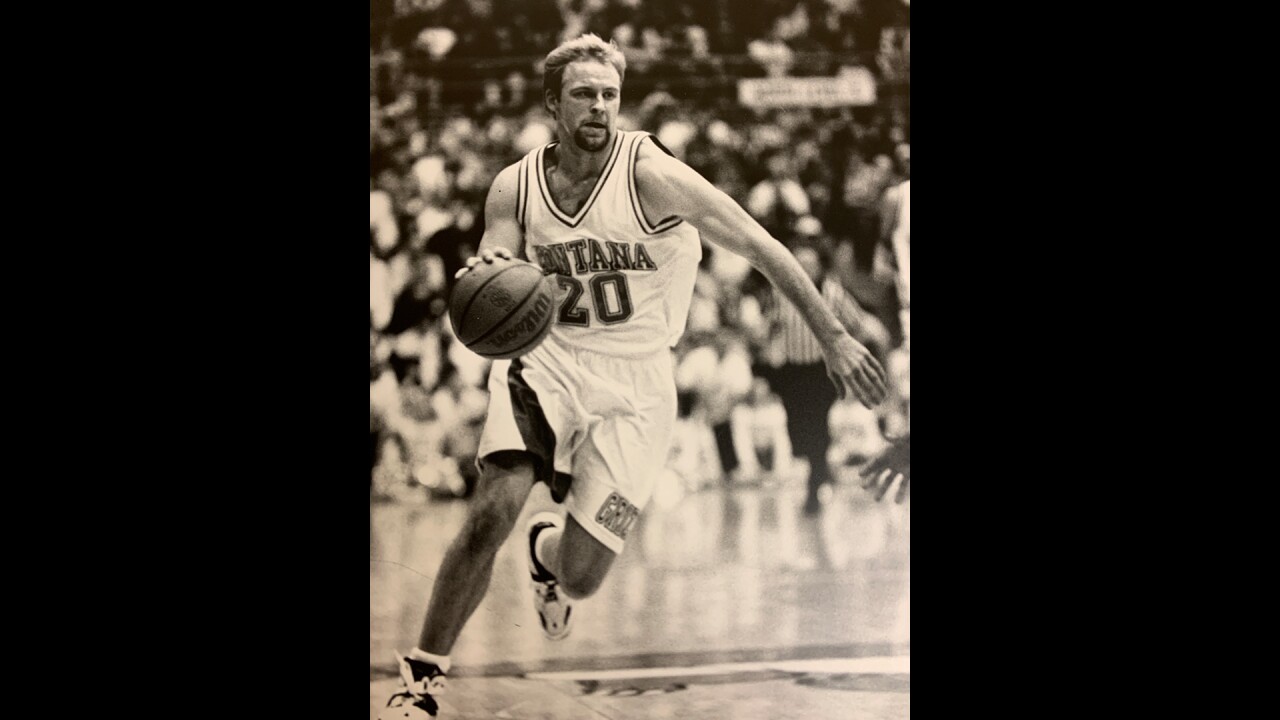 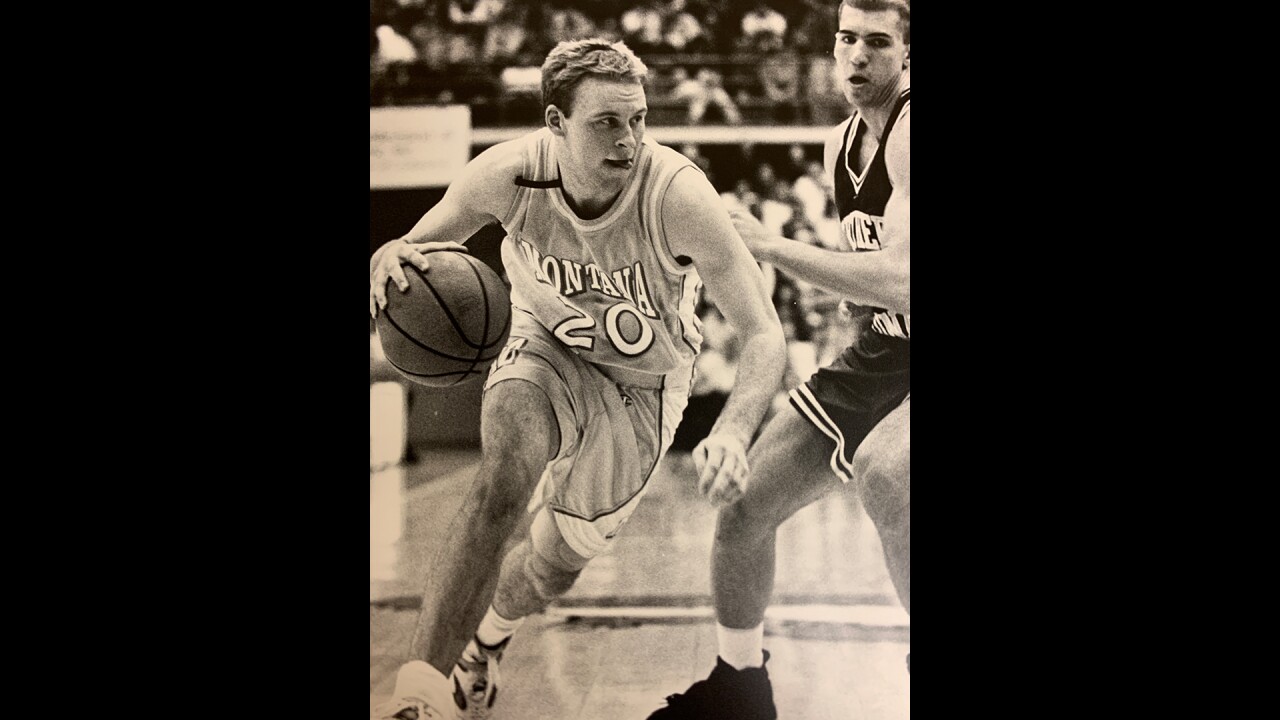 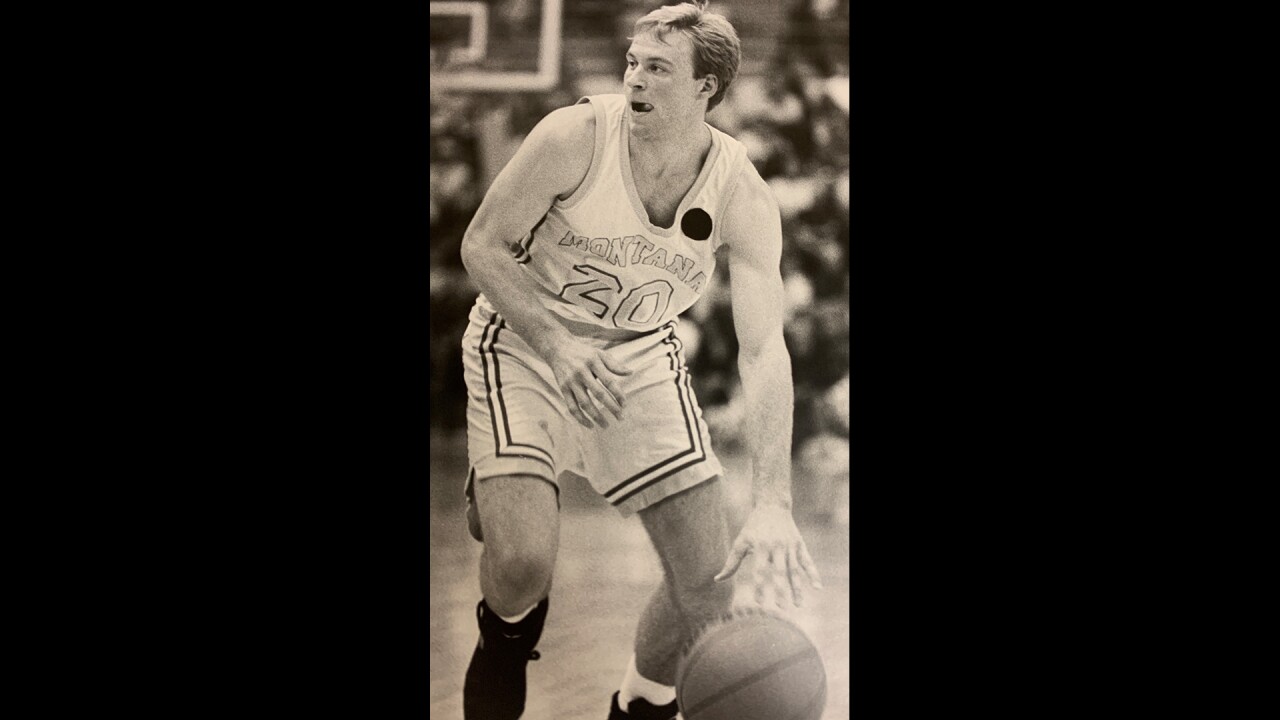 HILLSBORO, Ore. — The full-length dirt basketball court on the old family farm has since been erased from the eastern Montana landscape, but the memories from pickup games with his brothers and friends remain for Jeremy Lake.

One of the standout basketball players in Montana history — both in high school at Lambert and in college at the University of Montana — Lake also recalls shooting at a primitive rim and backboard secured to a telephone pole. That was before his older brothers welded together basketball standards to build the full-length court.

“It was a place that I remember where, on the weekends, my brothers would have friends over and we would play games right there,” reflected Lake, who is now a gastroenterologist in Hillsboro, Ore., a suburb of Portland. “As I got older, one of the nice things about growing up in a small town, sometimes you do get some luxuries of access to gymnasiums, which I think was great. When I got into high school, basically I had access to the high school gym almost whenever I wanted. That was a real benefit.”

In his high school days, Lake was a three-sport athlete at Lambert, particularly a sensational player on the basketball court. He helped the Lions to a runner-up finish at the 1990 Class C state tournament, losing to sweet-shooting Scott Henderson and Box Elder 80-73 in the championship game.

From there, Lake found his way to Missoula, where the days and nights shooting on the old dirt court or in the small-town Montana gym helped him forge a fine career with the Grizzlies. A marksman from the free throw and 3-point lines, Lake finished his Griz days with 1,036 career points. He made 89.9 percent of his free throw attempts during the 1992-93 season, which remains the best mark in program history. His 86.2 career percentage is second all-time.

“I guess some of that muscle memory doesn’t completely go away,” Lake said of his present-day shooting prowess, “but it gets rusty.”

He played sparingly as a freshman at UM during the 1991-92 season, but he averaged double-digit points in his sophomore, junior and senior seasons, leading the team in made 3s and the Big Sky Conference in 3-point percentage all three years.

“I recall a piece in The Sporting News, coming into my sophomore season, I held, in the nation, the highest free throw percentage, which always stuck out. I think I barely qualified, because I didn’t play very much my freshman year, but just enough. I was really proud of that and somewhat surprised by it,” Lake said when reminiscing on some of his favorite memories with the Maroon and Silver.

“Secondly, going into my senior year, I was nominated for an all-academic national team. I think it was actually put out by Playboy, when there used to be Playboy. I was runner-up to actually be able to go to the mansion,” he added. “They used to invite a preseason team and they also would take an all-academic member, I think. I remember that, there was a little article and a little blurb with my name in it.

“One of the things that stood out to me as a personal accolade was when I broke the 3-point record for the Big Sky. … That was a special, special memory for me.”

Beyond the personal accolades — he also ended his Griz career earning first-team all-conference honors during the 1994-95 season — Lake fondly recalls the time spent with his teammates. UM won back-to-back Big Sky Conference championships during Lake’s redshirt and freshman years and then shared the regular-season title his senior year.

"That was one of the most enjoyable times in my life," Lake said. "I think the team camaraderie that we had during my entire time there, I think, was phenomenal.

One of the guys Lake shared the court with is Travis DeCuire, who left as the program’s all-time leader in career assists (435) in 1994 before eventually finding his way back to the Garden City in 2014 to become UM’s head coach. DeCuire led Montana to consecutive Big Sky Conference titles and back-to-back NCAA Tournament appearances in 2018 and 2019.

“Travis DeCuire has really continued the successful level of the team, that’s for sure,” Lake said.

“When (DeCuire) graduated and I was in medical school in Seattle — I think he might’ve been coaching in the area, too — I saw him there a little bit,” he added. “We kind of lost track of one another after that until he got back to U of M. I see him when I’m at a game, he provides me tickets. It’s great.”

But these days Lake’s opportunities to get back to Missoula for games are few and far between. Upon graduating from UM, he attended medical school at the University of Washington and did a residency program at the University of Michigan. Lake did his gastroenterology fellowship in Portland and has been in the Rose City ever since.

He currently practices in Hillsboro, spending the majority of his time performing colonoscopies. The coronavirus didn’t have a direct effect on Lake’s practice, but the pandemic-related restrictions halted elective procedures from mid-March until early May.

“Early on, there were discussions about physicians having to fill in different roles depending on whether our hospital systems were overwhelmed or not,” Lake said. “Now, fortunately that didn’t happen with the initial wave, but that was something we had to consider.”

Ultimately, Lake hasn’t been directly involved with COVID-19 treatments. He was still able to conduct virtual clinics to see and manage patients and perform urgent procedures during the strictest restrictions during the pandemic.

As Oregon has started to reopen from those heavy restrictions, Lake has gotten back to performing elective procedures, which he estimates is normally about 50 to 60 percent of his work. The state has gradually phased up, and Lake is hopeful he’s back to a pre-coronavirus amount of work by mid-summer.

“The way we’re doing procedures now, we’re testing every person that comes in for the procedure with a COVID test. It’s, in some ways, affecting the way we do business now, but as far as managing and taking care of patients that actually have COVID-19, that’s not much that I’ve been involved with,” Lake said.

The coronavirus aside, Lake is quickly approaching another phase of his life: empty nesting. His youngest son, Cooper, just completed his junior year of high school. Parker, Lake’s oldest son, is just finishing his junior year at Oregon State University.

Both boys grew up playing sports, but they didn’t follow their dad’s footsteps. They played lacrosse in high school.

“My first exposure to (lacrosse) was when they were third or fourth grade. … I didn’t understand the rules or anything, but it was a good game for them,” the elder Lake said.

“As being more of a player than a coach, I think it’s hard to just sit back and watch, but still very enjoyable,” he continued. “I think, when you are an athlete, you do appreciate what goes into a team sport and you can appreciate even the games you’ve never played or don’t understand very well, so I found it very enjoyable.”

Those are a different set of memories than that old full-length dirt basketball court, but they won’t be erased, either.