"It's been a great journey": Lady Griz senior McKenzie Johnston looks back on historic career 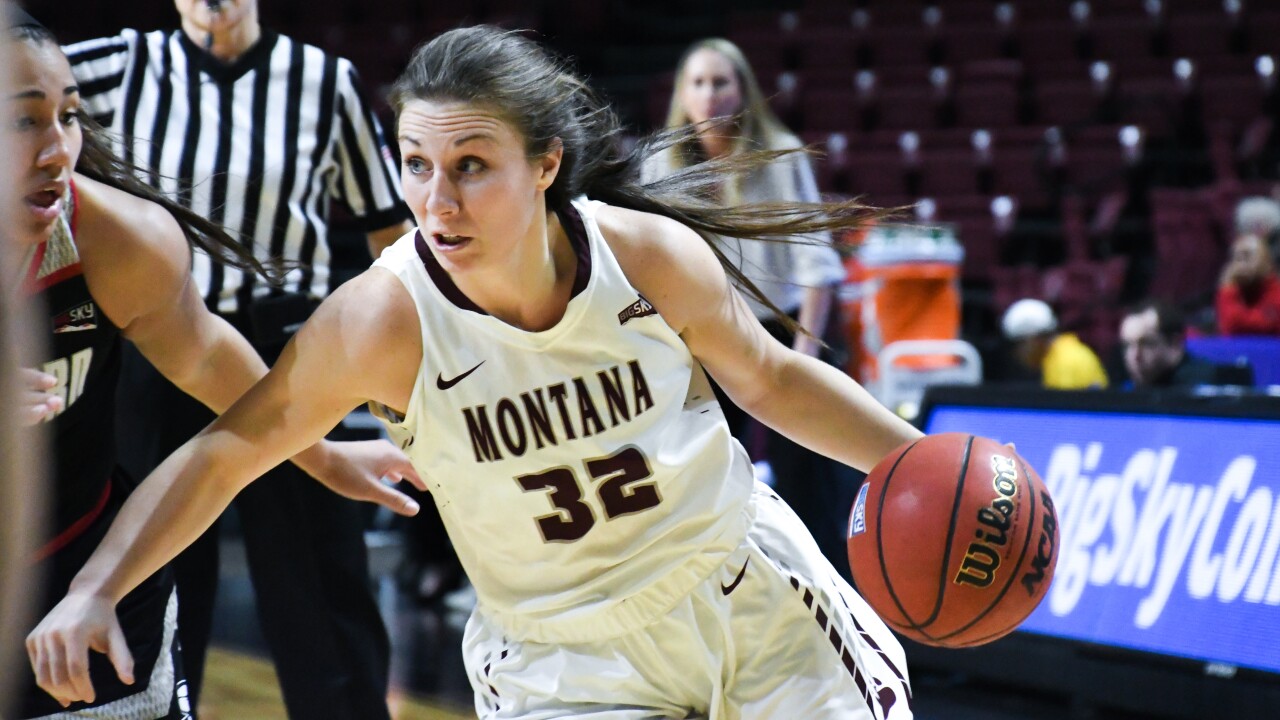 MISSOULA -- The Montana Lady Griz are entering the final two games of the regular-season schedule as they push for the team's first first-round bye in the Big Sky Conference women's basketball tournament since the 2015-16 season.

A huge part of Montana's success this year comes from senior captain McKenzie Johnston. In her four years at UM, Johnston has truly done it all -- from buzzer-beating shots to flirting with the program's first-ever triple-double.

“It’s been a great journey," said Johnston. "Playing in Missoula is one of the best decisions I’ve ever made. Playing in front of these fans, playing in Dahlberg.”

Johnston Johnston grew up in Helena and tore up Class AA at Capital High before fulfilling her dream of becoming a Lady Griz in 2015. Now, after almost four full seasons, Johnston is about to close out her storied career at UM.

“I heard from former people just how cool it is to play here, and you don’t really realize what the experience is like until you actually get to run on the court with everyone cheering,” said the Helena native.

Johnston hasn’t just become a fan favorite and leader on the Lady Griz the past two years, she statistically ranks up there with the best of all-time. She is currently the 10th leading scorer in program history with a good chance to pass Ann Lake and Marti Leibenguth in the regular season and move into eighth all-time.

Regardless of the records, Johnston is simply just proud to be part of a program with such rich history.

“Especially after watching the video about (former coach Robin Selvig) and the tradition that’s been here, it’s a pretty cool feeling to be a part of something like that that not many other schools have," Johnston said.

Johnston, alongside senior teammates Emma Stockholm and Taylor Goligoski, were honored on Senior Day against Sacramento State on Feb. 29.

While Johnston is relishing these moments, she’s not letting them distract her from the main goal.

“At the beginning of the year I said my one goal was to win this conference tournament and that’s still the goal," said Johnston. "I still think we have the talent and capability of doing that. That will just be the icing on top of the cake here, if we can get that win. Knowing we can, I still have all the confidence in our team.”

Regardless of the outcome at the Big Sky tournament, it’s hard for Johnston to not look back and think about how great these past four years have been to her.

“It's a surreal feeling and it's sad, but you can't let that affect you. I am definitely going to miss playing here and playing the game that I love, but I am very fortunate for the experience that I have had,” said Johnston.

The Lady Griz (16-11 overall, 11-7 Big Sky Conference) finish their regular season on the road against Northern Colorado on Wednesday and Southern Utah on Friday.