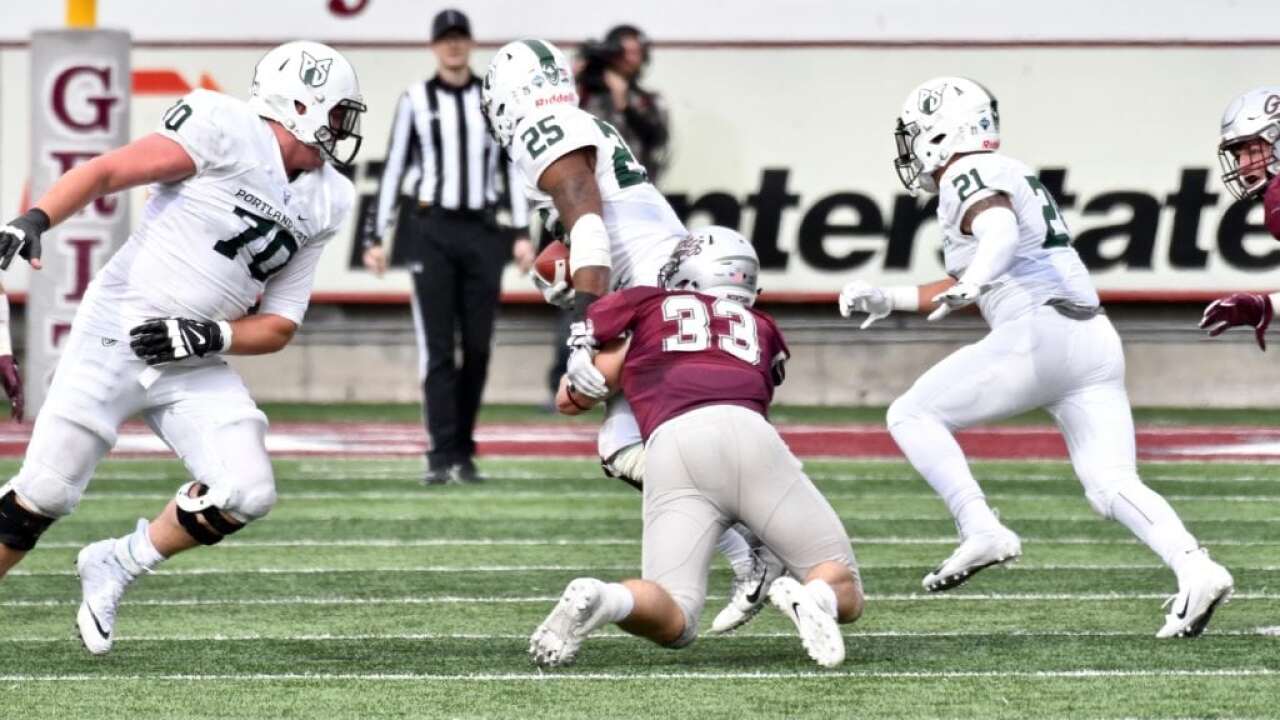 MISSOULA -- Dante Olson will forever be a household name in the state of Montana after two stellar seasons as a linebacker for the Montana Grizzlies. In those two seasons, Olson managed to rack up a number of on- and off-the-field accolades while also breaking a number of records and finishing his college career as the Grizzlies' all-time leading tackler.

Now the Medford, Oregon native will attempt to take the next step in his career by training for the NFL. In December, Olson’s chances of being drafted drastically increased when he was named one of approximately 330 players to be invited to the NFL Combine in Indianapolis.

"It was really cool when we got to talk later that day. (Montana coach Bobby Hauck) told me about being invited and that was really special. Not everyone gets invited to the Combine, it's something that I worked really hard for," said Olson.

The Griz legend is back in Oregon training for the Combine, which begins on Feb. 23 and runs through March 2. While Olson has been preparing for football games nearly his entire life, he says it's a completely new process he's still getting used to.

"It's just another opportunity to compete, obviously a little bit different than football. One day of the year I have to run really fast and jump really high, so that's the focus right now. Basically, it's like a job right now -- 9 until 4. I guess it's a lot different," he said.

If Olson is drafted, he would join an exclusive list of Grizzlies who have played in the NFL, joining the recent likes of Brock Coyle, Tyrone Holmes, Colt Anderson and Jordan Tripp, guys Olson says he's gotten advice from leading up to the Combine.

"They're all guys who have reached out and kind of helped a little bit along the way here and there," said Olson. "I don't know if there's a main message besides it's not college anymore. It's a career, so everything you have to do you have to do with a purpose and work as hard as you can, be ready for different things like interviews all the way up to running the (40-yard dash), so I'm thankful for guys like them reaching out and helping."

Leading up to the Combine, Olson is obviously focused on his personal performance and the future of his career, but regardless of the outcome he's honored to represent one of the most storied football programs in FCS history.

"It's such an honor to be able to represent such a great school like the University of Montana," said Olson. "Everybody that has come before and coming in years to come. You know, represent the brothers that I worked and grinded with every single day. So, I'm just really excited for the opportunity and I'm going to make the most of it."