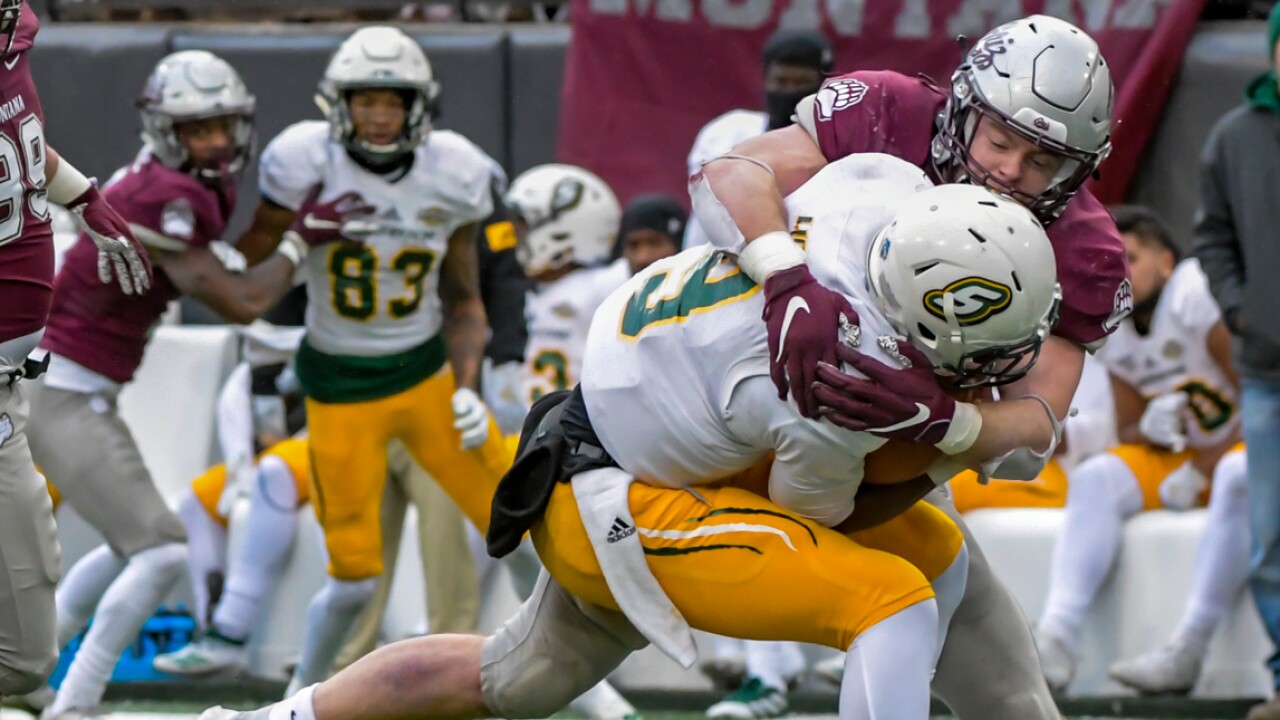 MISSOULA -- On Thursday night the 2020 NFL Draft begins with the first round. Over the course of the next three days, Montana linebacker Dante Olson will look to become the first Grizzly drafted since 2016 when Tyrone Holmes was selected in the sixth round.

On Saturday, the fourth through seventh rounds of the draft will be decided where Olson will most likely be picked, if he is drafted. However, NFL analyst Lance Zierlein currently has him projected as a priority free agent, meaning Olson would be an undrafted free agent likely to sign with a team.

"Tall, angular inside linebacker who is slightly below average by athletic measurements but way above average when it comes to 'see ball, get ball.' Olson is an instinctive, skilled hunter who feels play development and takes winning angles to the football," Zierlein wrote on NFL.com.

"He's a heavy striker and a fundamentally sound tackler in the open field. The question is whether he can overcome a lack of twitch and NFL pursuit speed. He's smart and productive and that could be enough to land on a roster despite where he is drafted."

At the 2020 NFL Combine, Olson posted an impressive 42-inch vertical jump, the highest among his position and tied for second overall. Olson also posted solid results in the broad jump and 3 cone drill.

Olson was happy with his performance at the Combine back in April, and, while many athletes can get caught up in the hype of draft week, he knows he's done all he can to this point.

"I'm feeling pretty good, actually," Olson said in a University of Montana media release. "A lot of people might get stressed out because it's a really big week for the next chapter, and it all comes down to one weekend.