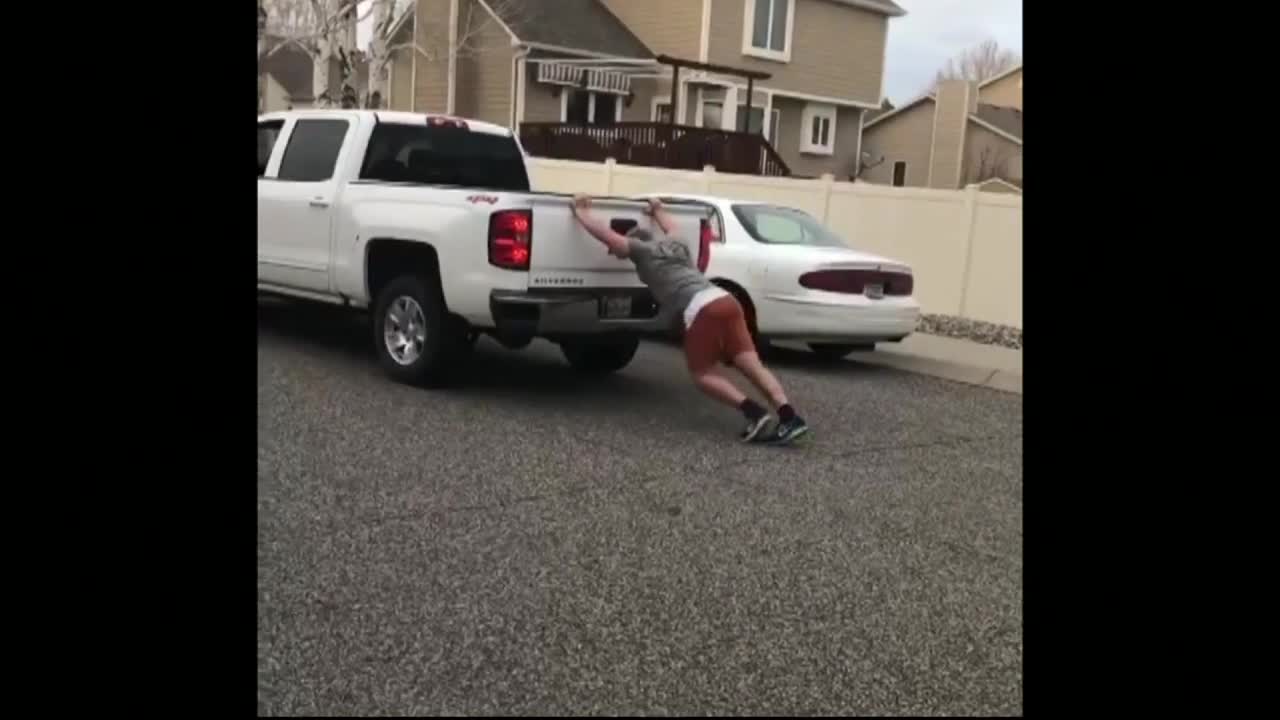 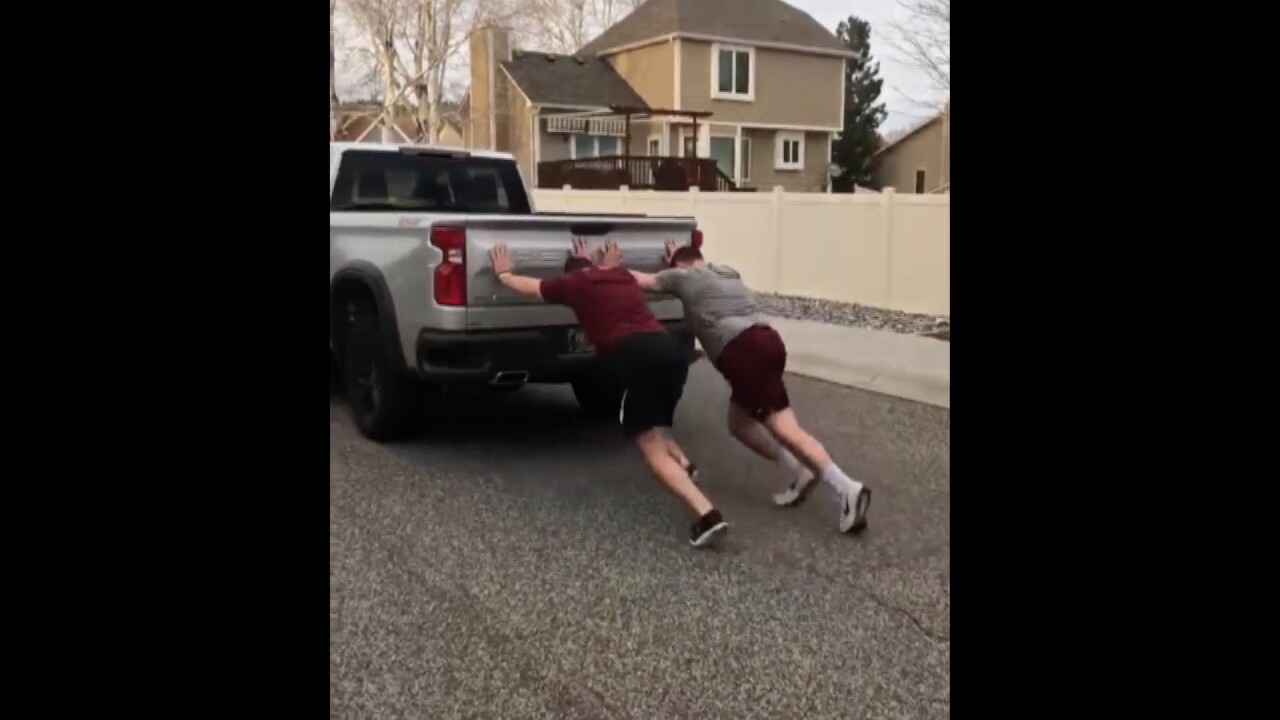 BILLINGS — It's important to stay active during this coronavirus quarantine period, but few are taking it to the level of twins Bryson and Braydon Deming and Nate Dick.

With the Demings home from Missoula after the Montana Grizzlies' spring football practices were canceled and Dick in the same boat at Rocky Mountain College, the three have been finding unique ways to push themselves.

Two colleges can’t separate these boys from the grind! Continue to get after it during this crazy time. Opportunity>vacation #RTD @MontanaGrizFB @bdeming22 pic.twitter.com/FvMRloSoU6

“Just kind of thinking of new ideas. Improvising on workouts we can do," Braydon said. “Unfortunately, (the street) was not flat. Our street in front of our house has got a pretty decent incline. The original idea was trying to push it all the way up to the end of the street, but that was probably a good 30-40 yards and that was not happening.”

"We’re not going to do anything like that on a football field, but it’s just to kind of push your body to an extra limit to see if I’m there or to see if I still have work to do," said Dick, who is coming off a season-ending lower leg injury. "Looking at Bryson and Braydon push that car, I definitely still have some work to do.”

"We were lucky enough to be able to borrow some equipment from West High," Braydon said of their ability to continue to work out. "We have a bench, we have a box, we have some free weights. We have some battling ropes that we can get a pretty good conditioning workout in.”

“We have to be careful about what we’re doing. Our coaches said, 'You can’t have more than five people, to wear gloves, stand six feet away,'" said Dick. "We’ll get a few guys out there throwing the ball around, going over some install stuff, just so we’re staying sane. We can’t stay indoors all day.”

They have been getting pretty creative inside, too, with a jerry-rigged stationary bike, complete with a four-legged spotter. For a college football player, this time is no vacation, especially now having to get through complicated classes virtually.

"It’s kind of difficult now doing Physics 2 online and our lab with that, and then Exercise Physiology online and the lab for that," said Bryson. "It’s just kind of new for us.”

That’s what’s keeping most coaches up at night, as they continue to echo the same mantra across the country.

“You better have straight A’s and you better know the playbook, since you’re not going to be out there doing stuff," Dick said.

But all the knowledge in the world can only take you so far.

"Our coach always says the only way to get better at football is to play football," said Bryson. "You can do all the weight-lifting, you can do all the conditioning, but unless you’ve got the pads on and you’re hitting, you’re not going to make the strides and the gains that you want.”

So like thousands of others, they wait, and gaze longingly at every dually that goes by.