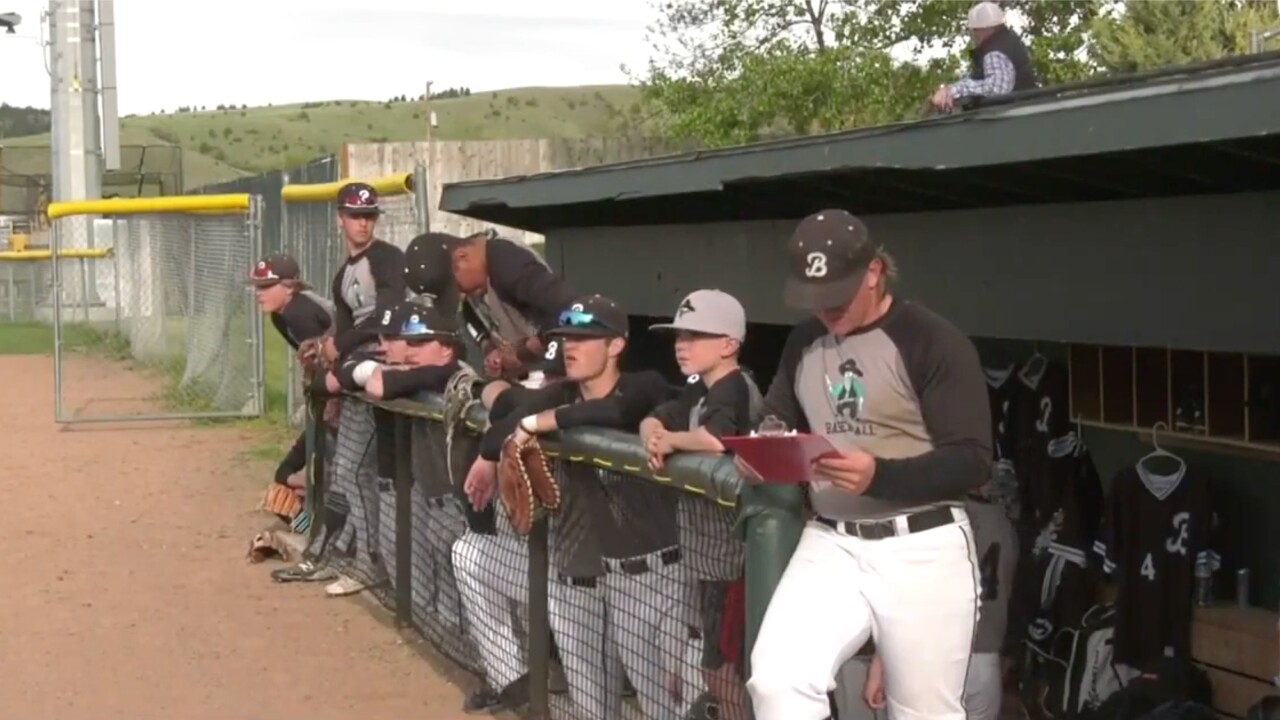 BELGRADE — Few things have gone right for the Belgrade Bandits during the 2020 Montana Legion Baseball season.

There was the coronavirus-forced late start to the season for an already young ball club. Then there was the flurry of injuries that started with the second game of the season and has continued through last week.

“It’s kind of been an interesting summer in that regard, but I’ve long felt that the culture of a ball club, if it’s done right, I think it can trump everything,” said Bandits coach Johnny Graham. “And I love the culture that we have in our program right now, and that’s a testament to the guys buying in.”

Graham said the Bandits’ roster features a strong sophomore class, and that group has helped the team to the top of the Southern A district standings. Belgrade is 20-2 in league play and carries a 28-14 overall mark. With six conference games remaining this week — doubleheaders with Bozeman, Gallatin Valley and Anaconda on Wednesday, Thursday and Friday, respectively — Belgrade is in position to clinch the No. 1 seed for the district tournament, which is scheduled for July 30-Aug. 2 at Three Forks.

“But we swing it well, too, and we’ve got some good arms at the top of the rotation,” he added. “When we’re right, we play — I wouldn’t say a complete team — but we do a lot of things well, and the beauty is all those things have gotten better as the year went on. The kids certainly aren’t overly satisfied with where they’re at, and I don’t think we’ve peaked yet.”

All Montana baseball programs have had to determine how best to navigate this condensed season. Most teams didn’t receive the go-ahead to start practicing until late April or early May. Games started in late May for most, with Belgrade getting in a few non-conference games in May before turning to a conference-heavy schedule in June.

With regular doubleheaders and few days off, practices have been few and far between, so Graham gave his team a message for a unique approach to this unique season.

“What we talked about in the beginning of the year — and, again, when you’ve got a really young ball club, there’s going to be teaching going on every day — so we told them, ‘Hey, man. Every pregame, that’s the equivalent of a practice. Every game, that’s instant feedback for our preparation,’” he said. “Every time we’re at the ballpark together is treated with the idea that this is another day to prepare and we can’t waste it, because we just don’t have as many days this year as you do in a normal year.”

Despite the flood of injuries and coronavirus-related challenges, the feedback has largely been positive. Graham’s club has separated itself as a Class A contender through preparation and improvement — whether at the plate, on the mound or in the field.

Coby Richards and Cooper VanLuchene occupy two spots in the Bandits’ rotation and work with Seth Green behind the plate. That talented trio has provided steady play and a dose of leadership, and shortstop Lane Neill has also been productive at the plate and in the field.

“Coby Richards, he’s, I’m sure, a kid that other teams are going to know about, because he’s got a big arm and he’s a very talented baseball player. But when arguably your most talented guy is also your most bought-in guy, which he has been from Day 1, that’s really easy to sell to everybody else,” Graham said. “He plays with an absolutely relentless energy every day, and it doesn’t matter how his individual day’s going, it doesn’t matter if we’re winning or losing. Again, he brings relentless energy, and it’s contagious. Cooper’s been great on the mound, Cooper VanLuchene. He’s just steady, and he’s good on top of it, which is a nice combination. … Seth Green has been just Mr. Consistent behind the plate. He works so hard back there. I think Lane Neill’s had a terrific year, both at the plate and up the middle infield.”

Belgrade will wrap up its regular season with those three doubleheaders this week before turning its attention to the district tournament. The top two finishers from the South will advance to the Class A state tournament in Lewistown Aug. 6-9.

“It’s been great playing, and I think none of us are taking it for granted,” Graham said. “I’m really hoping we can finish this season for all the players in the state who have been doing things right and enjoying it.”