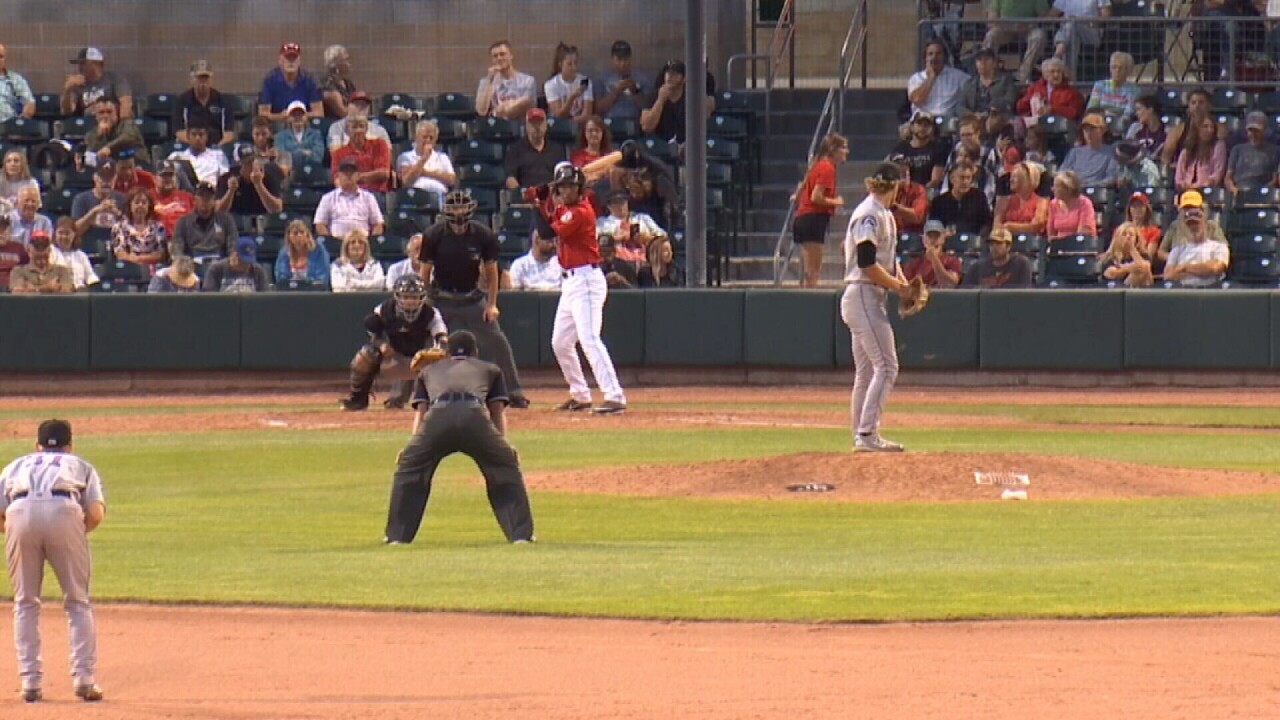 Grand Junction took their first lead of not only the game but the series in the top of the second with one run on one hit, two walks and a hit batter. Colin Simpson was grazed by a pitch to start the inning. Later, with the bases loaded and two outs, he would be walked in on the second walk of the inning.

Eric Yang tied the game for the Mustangs in the fourth with his team-leading 24th RBI. With runners at first and second and one out, Yang singled through the left side to score Quin Cotton and even the game at 1-1.

The Mustangs then took a lead they would never surrender in the fifth on an RBI fielder's choice reach for Reyny Reyes to score Cash Case who was walked to lead off the inning. The Rockies' pitching staff walked six Mustang batters in total, all of whom would come in to score.

Leading 2-1 going to the bottom of the seventh, the Mustangs blew open their lead with six runs on just three hits and four walks. Two batters were walked with the bases loaded in the inning while Yang and Reyes both delivered RBI singles.

Grand Junction made a late push with four runs over their last two innings at the plate, but it would be too little to overcome the seven-run deficit.

The Mustangs and the Rockies will play the finale of their four-game series Thursday, Aug. 15. First pitch is set for 6:35 p.m. MDT at Dehler Park.