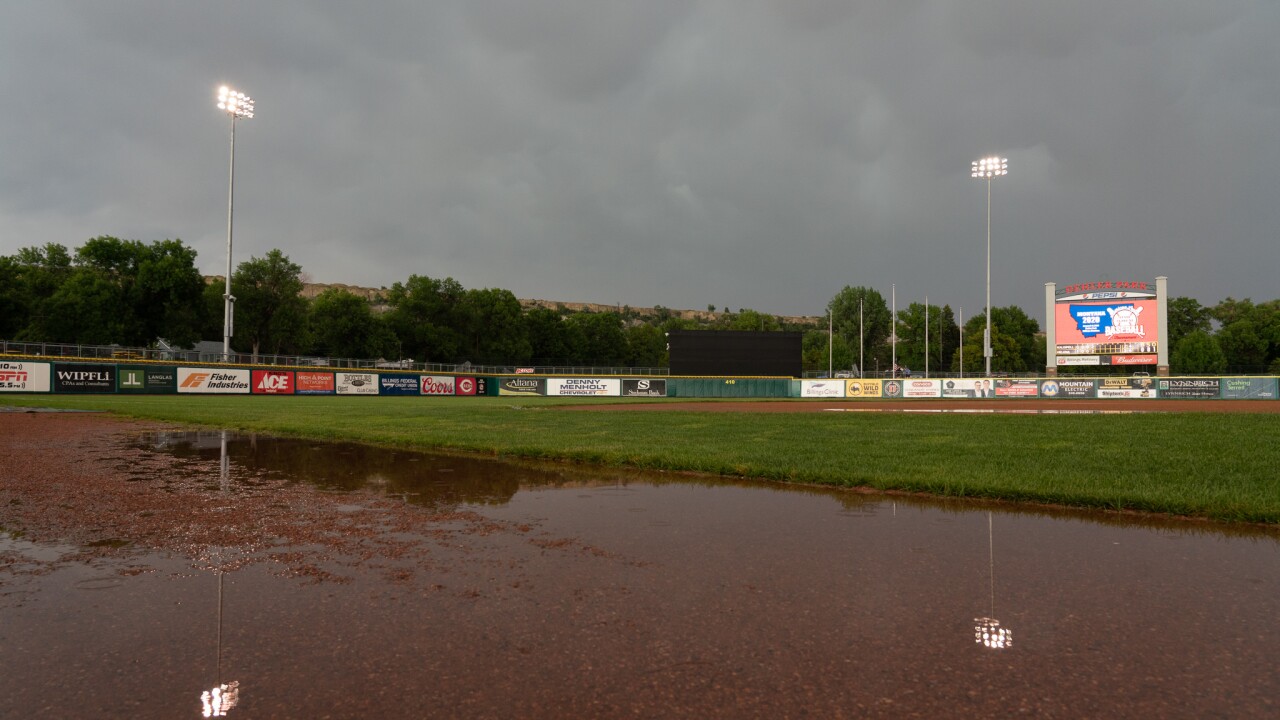 Seth Royal Kroft for MontanaSports.com
The Helena Senators defeated the Kalispell Lakers, despite a thunderstorm delay and venue change, during the second round of the Class AA state baseball tournament in Billings on Thursday.

BILLINGS - In the midst of a one-run game, a vicious storm halted Thursday's State AA Tournament game between Helena and Kalispell, then forced completion at another Billings complex.

Moments earlier, Helena had taken a 3-2 lead in the bottom of the fourth when play was suspended with one out due to nearby lightning. The Senators eventually won the contest 8-2.

The Billings Royals took the field for the nightcap against top-seeded Bozeman.

Spring worked five and two-thirds innings for the Chargers, allowing one run on two hits with four strikeouts.

Great Falls will play Thursday night's loser between Bozeman and the Royals in a 1 p.m. loser-out game on Friday. The Billings Scarlets will follow in another loser-out against Helena or Kalispell.

Friday's undefeated semifinal is set for 7 p.m. at Dehler Park.

Updated State AA scores and pairings can be seen here.