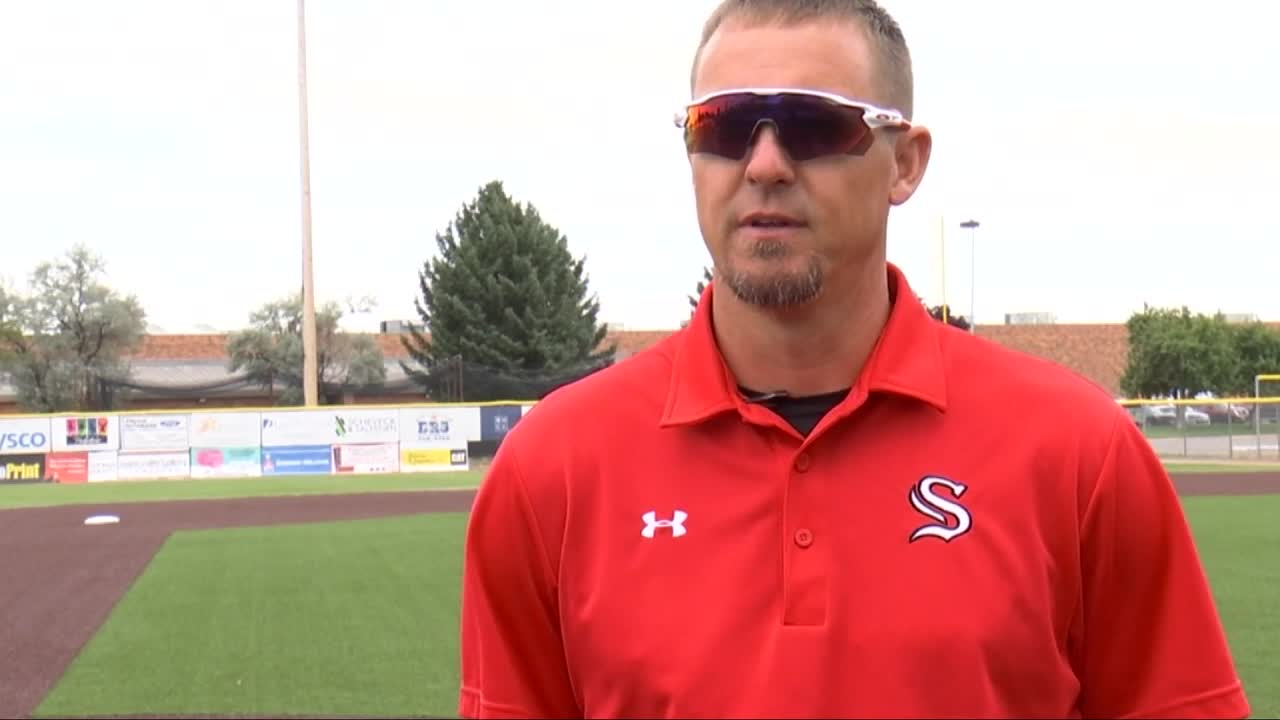 "We don't have to drag the field anymore, which was about a 20-minute process," Royals coach David Swecker told MTN Sports before Thursday's unveiling. "Guys can practice longer and everybody can be on the field longer versus having to prep for the next team. We're just excited not to have rain and mud. I coached the Blue Jays the last couple years and we spent a lot of time pumping water."

"With the snow and rain we've had the last two or three years, you end up showing up every day and having puddles on the infield and pumping dugouts, and throwing in Turface and Field Dry and all those things just to get games in," he said. "This will be nice and allow us to speed up game days."

The new surface, which includes turf in both bullpens, figures to eliminate all sorts of maintenance and weather delay headaches. And the days of dirt base paths are also gone.

"I had no idea what we were getting into when we first started," said Billings American Legion Baseball President Jeff Ballard. "We wanted turf and I didn't really know they did mounds in turf, and base paths, and all that stuff where you slide, (I didn't know) all that was in turf. The playability is fantastic from what I understand. But we got the bullpens done, as well, so we're always able to handle a lot of practice time."

Now it's just a matter of breaking it in.

"There'll be a break-in time where all the rubber and sand settle and you get the fibers right," Hust said. "But it should play like a real baseball field. This here is as close as you get to the real deal."