'This is it': Billings Scarlets, Royals ready for final run

Rivals plays each other in State AA opener 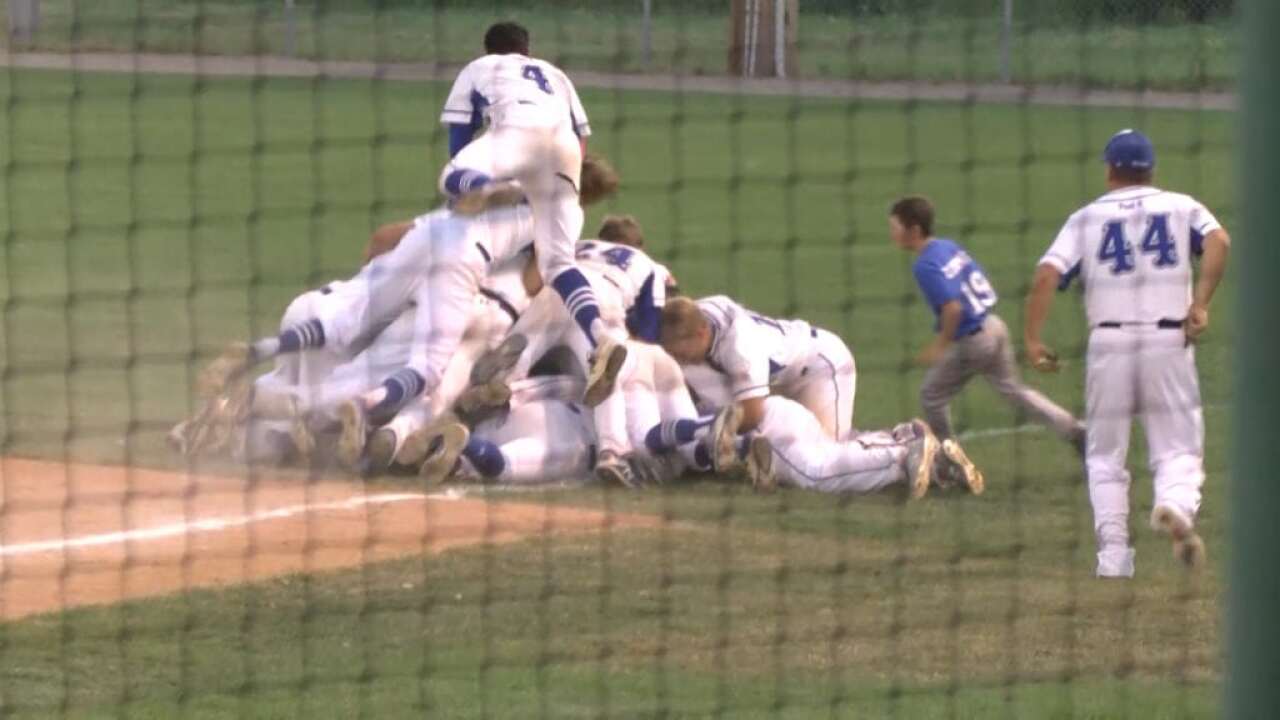 BILLINGS — This isn't how they drew it up, but the Billings Scarlets and Royals sure will take it.

After the Lewis and Clark County health department said no to the State AA Montana Legion Baseball tournament last weekend, Billings was ready to step in. Now all games will be at Dehler Park. For the hometown boys, that means a much easier time both on and off the field.

"The most challenging thing is when we're on the road, trying to eat at places when they're closing early, wearing our masks to stores, trying to meet all those COVID restrictions," said Royals manager David Swecker of the unique circumstances teams continue to face this season.

"I think the biggest part is that we get our home field support behind us," added Royals pitcher and outfielder Chase Hinckley. "There wasn't a game where our side wasn't packed."

Hinckley is talking about last year's State AA tournament hosted by the Royals at Dehler, so it should be an easy transition. It will also likely be the biggest crowd for a first round game ever Wednesday night, when the Scarlets and Royals meet again.

"The Scarlet-Royal games versus what everybody else has to play in the state are just different," said Scarlets manager Adam Hust. "Nobody else in the state has that rivalry and that crowd and that energy that goes along with it."

"I was pretty excited, personally, and I'm sure everybody else felt that way, too," echoed Scarlets senior outfielder Johnny Day, "especially because we just played them, and we just lost to them, and so that'll be a good time to get some payback."

There's some talk about whether losing that game might give a team an easier road the rest of the way. The winner plays No. 1 seed Bozeman Thursday after the Bucks got a first-round bye, while the loser gets Thursday off and doesn't play again until Friday. But one thing's for sure - Wednesday night's game will set the tone.

"However that game goes, we'll know that's the energy we have to bring the rest of the tournament," Swecker said.

"If we win that game, I think it would definitely fire us up and give us the energy we need to keep going," said Scarlets outfielder Logan Meyer.

Sunday's title game is the prize, the ultimate prize this year with no regional tournament or World Series to aim for. That makes this state tourney even bigger.

"You can end your season on a win, unlike maybe going to regionals and losing out, so that'd be pretty cool," Day said. "And I guess being at Dehler in front of the home fans would make it even more special."

"We're very senior loaded - we've got nine guys that will never play legion baseball again," Hinckley added. "So now that we don't have the opportunity to move on and go compete for a regional championship or even a World Series championship, this is it."

No one will ever forget this season, but it'll be a much happier memory for one team.