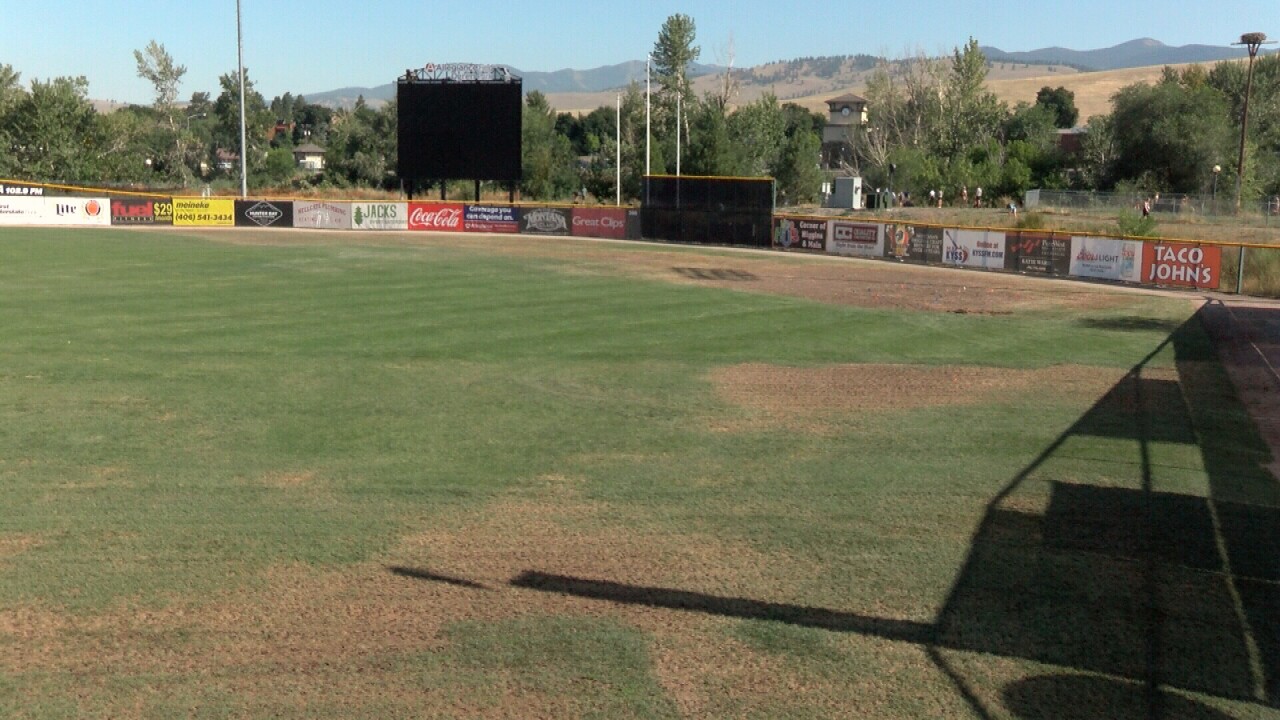 MTN Sports photo
Damage to the outfield at Ogren Park Allegiance Field has forced the Missoula Osprey to move their home series to Idaho Falls.

MISSOULA -- The Missoula Osprey, in the spirit of their core principle to “do the right thing”, have announced a special ticket policy for fans holding game tickets for any of the six games that were canceled due to field damage from the concert on Aug. 11. Until Sept. 7, 2019, ticket holders holding a game ticket or voucher from any of the canceled games between Aug. 16 and Aug. 21 will be given an opportunity to get a refund, a credit, or exchange their ticket for any of the Osprey’s five remaining home games between Aug. 27 and Aug. 31.

“Our entire ownership and staff consider the fan experience to be our utmost priority,” explained Osprey Vice President Matt Ellis. “The cancellation of these games, although out of our control, should not be at the expense of our fans. We will offer full refunds, future credit, or a ticket exchange to anyone holding a game ticket for those six games. This offer is for all ticket holders including season tickets, individual game, or mini plans. Again, this is not a situation we ever wanted to be in nor asked for, but our fans should not have to pay the price for this unfortunate week. We hope to see our community at one or all of our final five games next week. Thank you to everyone for their support and constant well wishes.”

Here is the information necessary for fans holding tickets for games between Aug. 16 and Aug. 21: