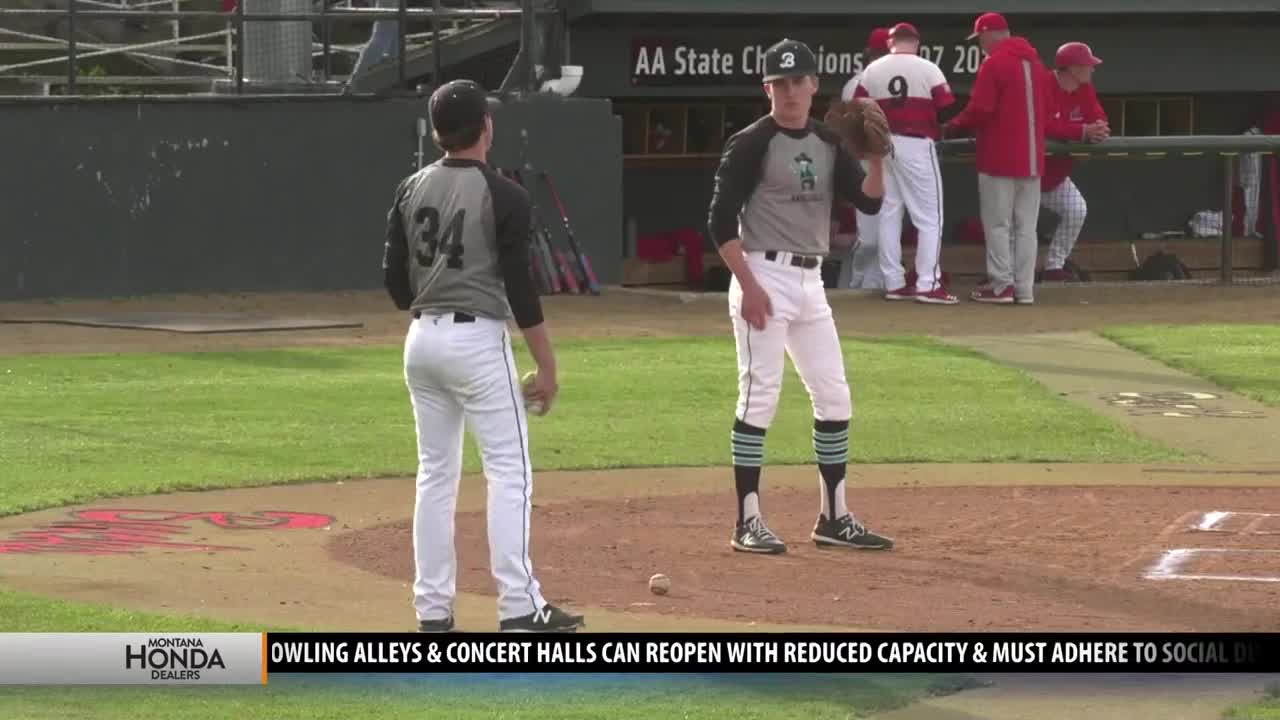 BOZEMAN — Back in mid-March at Brick Breeden Fieldhouse, news came down that the Class AA state basketball tournaments were canceled, and sports would be gone for the next few months due to COVID-19.

Fast forward to Friday night and sports have returned to the Gallatin Valley as the Bozeman Bucks took on the Belgrade Bandits in baseball action.

“It feels kind of back to normal a little bit, playing baseball again," said Bandits head coach Johnny Graham. "It’s been a funny spring. I’m very excited, I think the guys are, too.”

“It’s exciting,” said Jeff Russell, a Belgrade Bandits parent. "It’s breathing a little bit of life back into the valley."

And for players, this has been a long time in the making.

“I was waiting for the day we could start, get back out here, since we’ve been doing some scrimmages," said Bucks pitcher Hunter Williams. "I was just really wanting to go out here and see some real ball."

The Missoula Mavericks couldn’t get approval from Missoula County for their Memorial Day tournament but Bozeman could, and games will be played here Friday, Sunday and Monday. However, teams still have to take precautions.

“We’re doing a lot of things to be as safe as we can and limit attendance (Friday)," said Bucks head coach Garrett Schultz. "(Friday), we’re trying to keep it family only, family of players and coaches, some media and then some volunteer staff. Only our starters and coaches are going to be in the dugout and then our reserves are going to be down the line in the bullpen.”

Despite the precautions, the players are happy to be with their friends. For the Bucks, it's also a chance to repeat as Class AA state champions.

“I’m so pumped. The guys are amazing, I love them," said Williams. "It’s just so fun being out here with them.”

Games on Saturday have been canceled due to incoming inclement weather, and the tournament will not have a championship game. Instead, the tournament is now round-robin style.