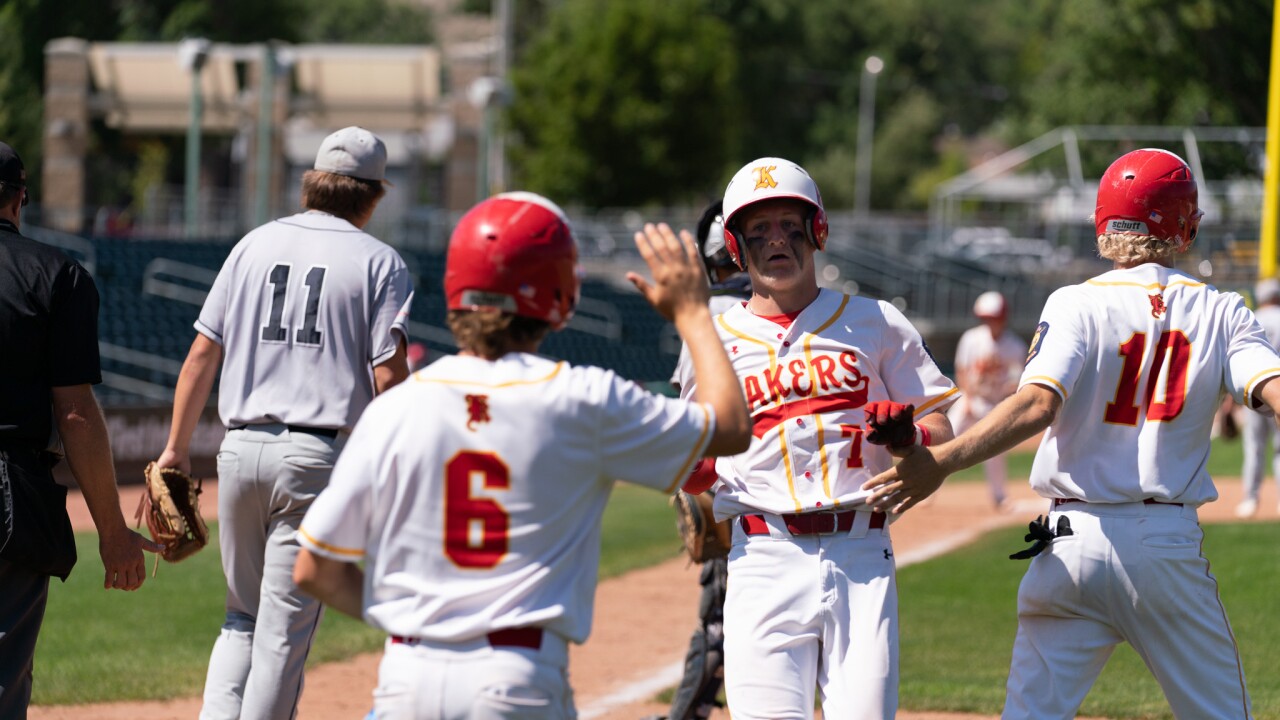 Trailing 3-2 in the tournament's opening game, the Lakers blew up for five runs in the fifth and never looked back. Caden Willis singled on a 2-2 count for Kalispell's go-ahead run.

Danny Kernan threw three and a third innings in the start for Kalispell, allowing three runs on four hits and striking out two. Ethan Diede led the Lakers offensively going 2-for-3 batting. He also made six plays on defense in a game played error-free by Kalispell.

Peyton Stevens opened Missoula's scoring with a single in the second. Stevens, Skye Palmer and Dane Fraser each turned in multiple hits for the Mavs.

Charlie Kirgan belted a two-run homer in the sixth to draw Missoula within 7-5. The Mavs then placed the tying run at the plate in the bottom of the seventh, but Kalispell ended it without damage.

In Game 2, second-seeded Helena's Cy Miller and Tyler Tenney combined for a no-hit shutout in Helena's 6-0 win over Great Falls.

The Senators jumped on top 2-0 in the bottom of the first, tacked on another in the second and added three more in the sixth.

In Wednesday's nightcap, the Billings Royals scored first and last to send the crosstown Scarlets into loser-out play, 14-3.

The Royals quickly moved up 1-0 in the first and made it 3-0 halfway through the second inning.

The Scarlets rallied to tied it at 3-3 in the third, but after giving up another pair in the fourth, got into pitching trouble in the top of the fifth. The Royals loaded the bases with nobody out before a run walked in. Moments later, Noah Aufdengarten, batting in the nine hole, delivered a 2-RBI single for an 8-3 Royals lead, still with nobody out. Nick Eliason continued the onslaught with a bases-clearing single. Eliason ended up at third when the catcher was overthrown.

The Royals ultimately scored seven runs in the fifth inning for a 13-3 lead. Eliason led the offense with a 3-for-5 effort at the plate, two runs scored and six RBI. Aufdengarten was 1-2, scored three times, drew two walks and delivered 2 RBI.

The Scarlets (10-15) don't play again until loser-out action on Friday.