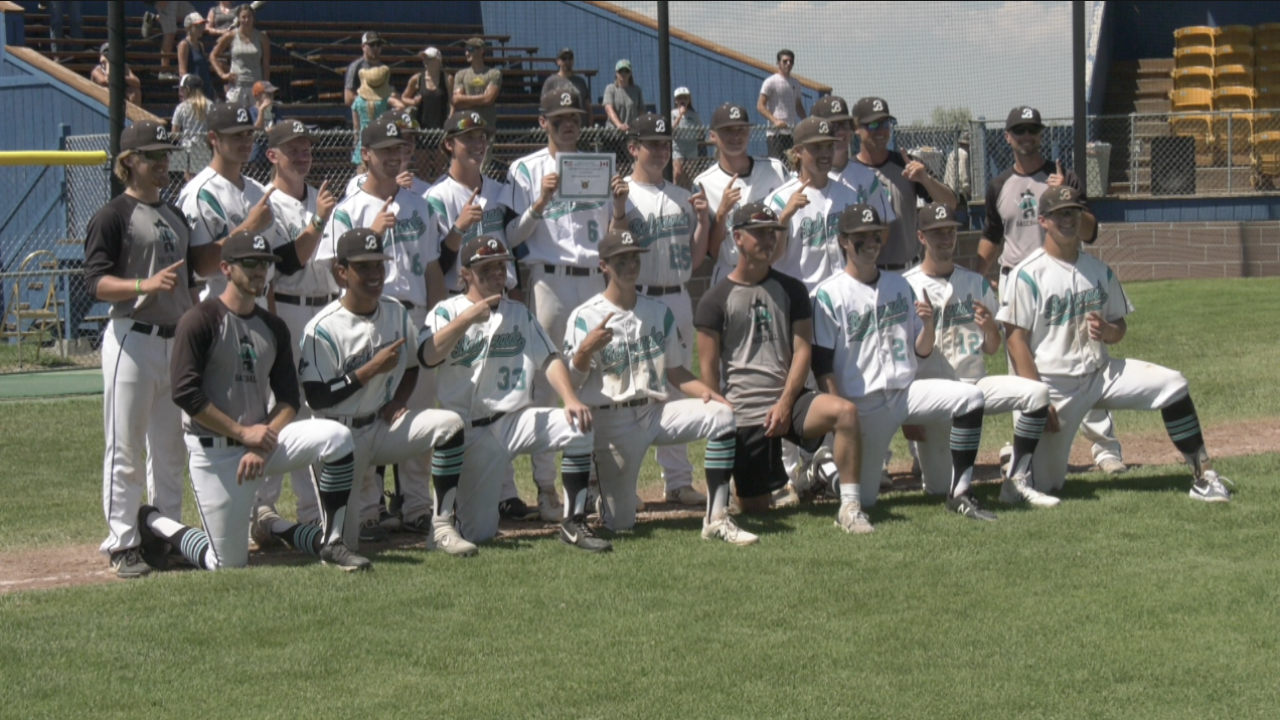 THREE FORKS — Championship Sunday in Three Forks had a very distinct atmosphere as the Belgrade Bandits looked to continue their dominance and take care of the Gallatin Valley Outlaws in the Southern A district title game.

Through the first three innings, pitching from GVO's Caleb Kamerman and Belgrade's Mason Jacobsen was dominant and limited both of the highly-touted offenses.

It was in the top of the fourth a Trevor Doud RBI single brought home the game's first run giving the Outlaws a 1-0 lead.

Fast forward to the bottom of the fifth, and with a runner on third and one out, Belgrade's Seth Green delivered and tied the game at 1-all on a sacrifice fly to center field.

The big play of the game came from the Bandits in the home half of the sixth, when Aidan Kulbeck used a little small ball, a staple of the Belgrade program, to bring home what would be the game-winning run on a squeeze bunt laid perfectly down the first base line.

Jacobsen would take care of business in the top of the seventh, forcing a fly out to end the game and clinch the district title for the Belgrade Bandits.

“If you attack at 100 miles per hour then good things happen, and I think we really started to play well. We told the guys that we’re built to win one-run ball games, and we did so that was great," said Belgrade head coach Johnny Graham.

Both the Bandits and the Outlaws will represent the Southern A in next week's state tournament in Lewistown. Belgrade will be a No.1 seed and Gallatin Valley will be a No. 2 seed.