Great Falls Voyagers walk it off in extras against Missoula Osprey 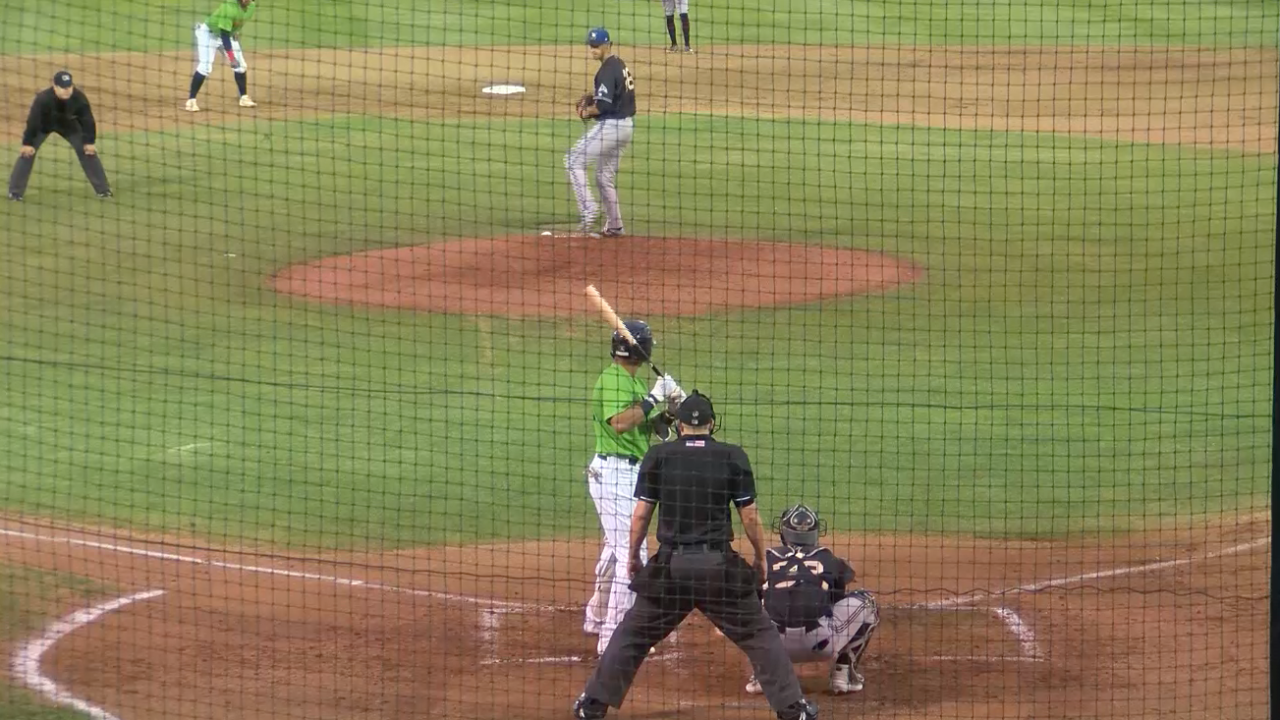 GREAT FALLS -- The Voyagers scored two times in the bottom of the tenth inning Thursday night for their first walk-off victory of the season in a 7-6 series-opening win over Missoula at Centene Stadium.

Missoula opened the scoring with a four-run third. Kevin Watson singled and Nick Grande walked to start the inning. Axel Andueza made it 2-0 with a two-out single to left. Spencer Brickhouse also had an RBI double in the frame. A wild pitch brought in the fourth run.

The Voyagers scored in consecutive innings to take their first lead of the night. Back-to-back doubles in the third by Harvin Mendoza and Lency Delgado accounted for the first run. In the home half of the fourth, Great Falls grabbed a 5-4 lead with a four-run frame of its own. Jonathan Allen led off with a double deep to left. Anderson Comas drove in Allen with a triple off the wall in right. After Joshua Rivera walked, Kelvin Maldonado doubled into the right field corner and scored Comas for a 4-3 Osprey lead. With one out and runners at second and third, Mendoza grounded a ball up the first base line. The pitcher fielded it but his throw to first went off the back of Mendoza and into foul territory. Rivera and Maldonado both scored on the play with Mendoza given credit for one RBI.

In the eighth, Missoula leveled the game on back-to-back doubles by David Sanchez and Jose Reyes. The Osprey moved back in front with a tally in the top of the 10th. A bunt single with two-outs by Reyes scored the placed runner from third and made it 6-5.

Great Falls capped the night with a two-run bottom of the 10th. Luis Mieses was the placed runner at second to start the inning. Ivan Gonzalez moved Mieses to third with a bunt single to short just past the pitcher’s mound. Tom Archer eventually came on to pinch run for Gonzalez at first. With one out, Anderson Comas tied the game on a single into left-center. Joshua Rivera followed with a walk to load the bases. With two outs, Luis Curbelo delivered the game-winning line drive single to left on a 3-2 pitch and Archer raced home from third.

For Great Falls, Anderson Comas posted the first four-hit game of his career and the Voyagers season with two singles, a double, and a triple. Comas drove in two and scored once. Luis Curbelo and Ivan Gonzalez picked up two hits apiece. Jose Reyes went 4-for-5 with two RBIs in defeat for Missoula.

Caleb Freeman picked up the win in relief. Freeman (1-1) pitched the final two innings and gave up an unearned run on two hits with three strikeouts. Jhonny Valdez took the loss. Valdez went two-and-two-thirds in relief and surrendered two runs (one earned) on four hits with four strikeouts and one walk.