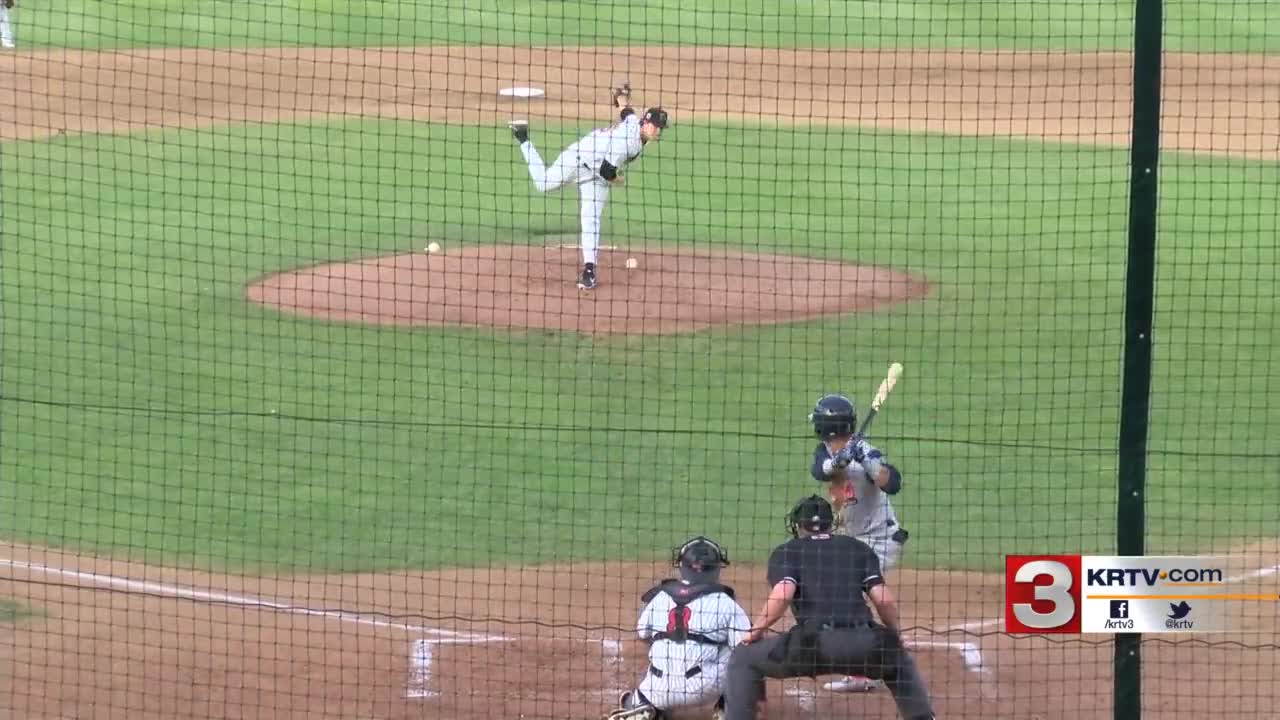 GREAT FALLS -- The Voyagers produced clutch two-out base hits and received a quality start from Sean Thompson Wednesday night in a 5-3 win over Rocky Mountain at Centene Stadium.

The Voyagers opened the scoring with a two-out rally in the third. Caberea Weaver tripled to deep center and then scored on a Kelvin Maldonado infield single in the hole to short. Rocky Mountain quickly answered to take its first lead of the night with a two-spot in the top of the fourth. Carlos Rodriguez plugged a triple into the right field corner and scored on a wild relay throw to third behind the bag in foul territory. Later in the inning, the Vibes made it 2-1 with a two-out, solo home run to right-center off the bat of Cam Devanney. It was Devanney’s first homer in the Pioneer League.

Both sides scored runs in the sixth. Rocky Mountain stretched its lead to 3-1 in the top half on an RBI double lined into right by Bryan Torres. The extra-base hit brought Carlos Rodriguez in from second after he had singled to reach base earlier.

Sean Thompson registered his fourth quality start of the season in the win. Thompson (2-6) lasted six-and-two-thirds and gave up three runs (two earned) on nine hits (HR) with six strikeouts and no walks. Paxton Schultz took the loss. Schultz worked one-and-two-thirds in relief and surrendered three earned runs on three hits with one strikeout and one walk. Sammy Peralta notched his second save as he struck out all four batters he faced to finish the game. Pitching for the first time in over a month due to injury, Connor Reich picked up his second hold for Great Falls. Reich went one inning and gave up two hits.

The Vibes outhit the Voyagers 11-to-9. Four Rocky Mountain batters had multi-hit games. Carlos Rodriguez went 4-for-4 with two runs and a triple. Caberea Weaver collected two triples with three hits and two runs for Great Falls. Kelvin Maldonado and Jonathan Allen each drove in two.

Great Falls wraps up its four-game series against Rocky Mountain Thursday night. First pitch is scheduled for 7 p.m. The Voyagers then hit the road for a six-game stretch, including four at Missoula starting Friday night.