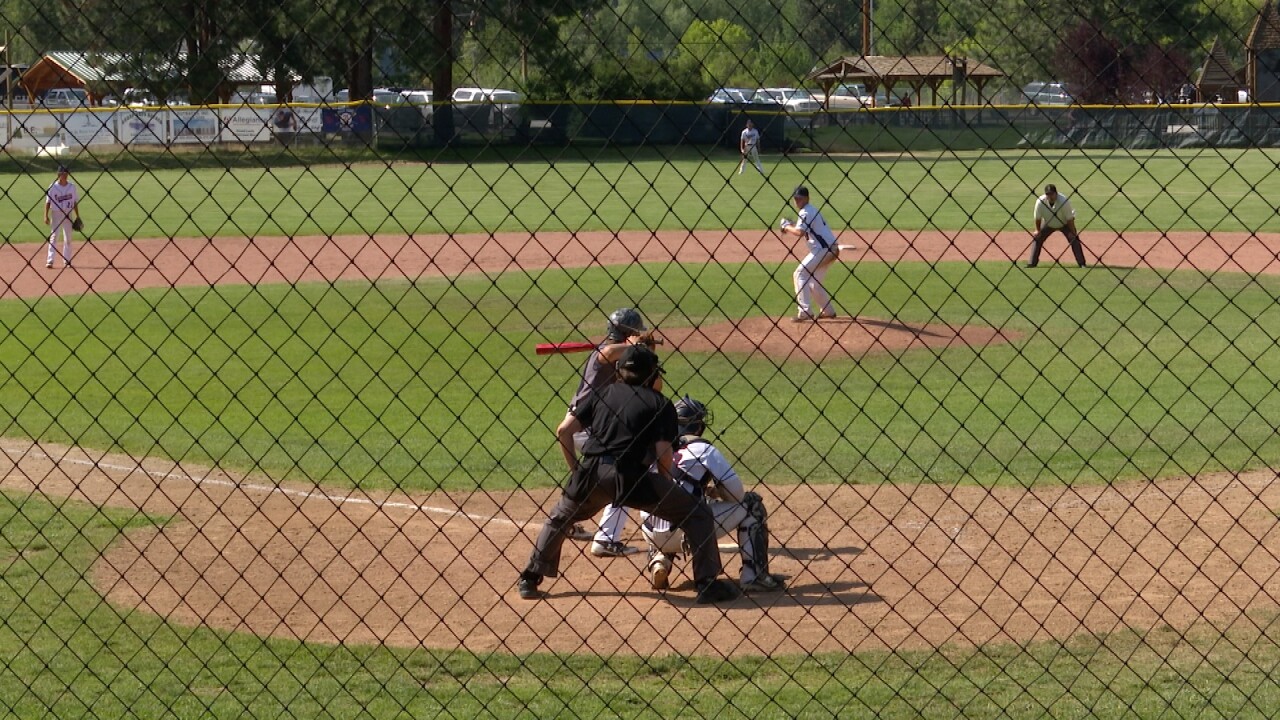 FLORENCE — The Glacier Twins are the Western A district champions after outlasting the Bitterroot Bucs in an exciting contest on Sunday afternoon.

The Bucs started the scoring on their home field with an RBI double from Brendan Schneiter in the first inning. In the second inning, Glacier got going with an RBI single from Jacob Polumbus to tie things up.

Then in the third, the Bucs grabbed the lead right back as Colby Kohlman swiped third base then scored on an errant throw from the catcher. However, Glacier's Zach Veneman got going in the fourth inning with a double off the wall to start the rally. Then Polumbus came through again with a clutch, opposite-field RBI single to tie the game at 2-2.

But the Bucs kept scrapping for runs, as Blake Hinsdale chopped an RBI single up the middle to take a 4-2 lead in the sixth inning.

But Glacier came alive again in the sixth inning with four runs scored, taking the 6-4 lead into the final inning. In the top of the seventh, Kohlman homered to left-center field to make it a 6-5 game.

Glacier escaped with two runners on to claim the top seed out of the west heading into the state tournament.

Glacier opens the State A tournament on Thursday at 4 p.m. against Gallatin Valley. The Bitterroot Bucs face Southern A champion Belgrade in the opening game at 10 a.m.

The State A scores and pairings, which will be updated throughout the weekend, can be found by clicking here.