From uncertainty to state champions, Bozeman Bucks appreciative to play 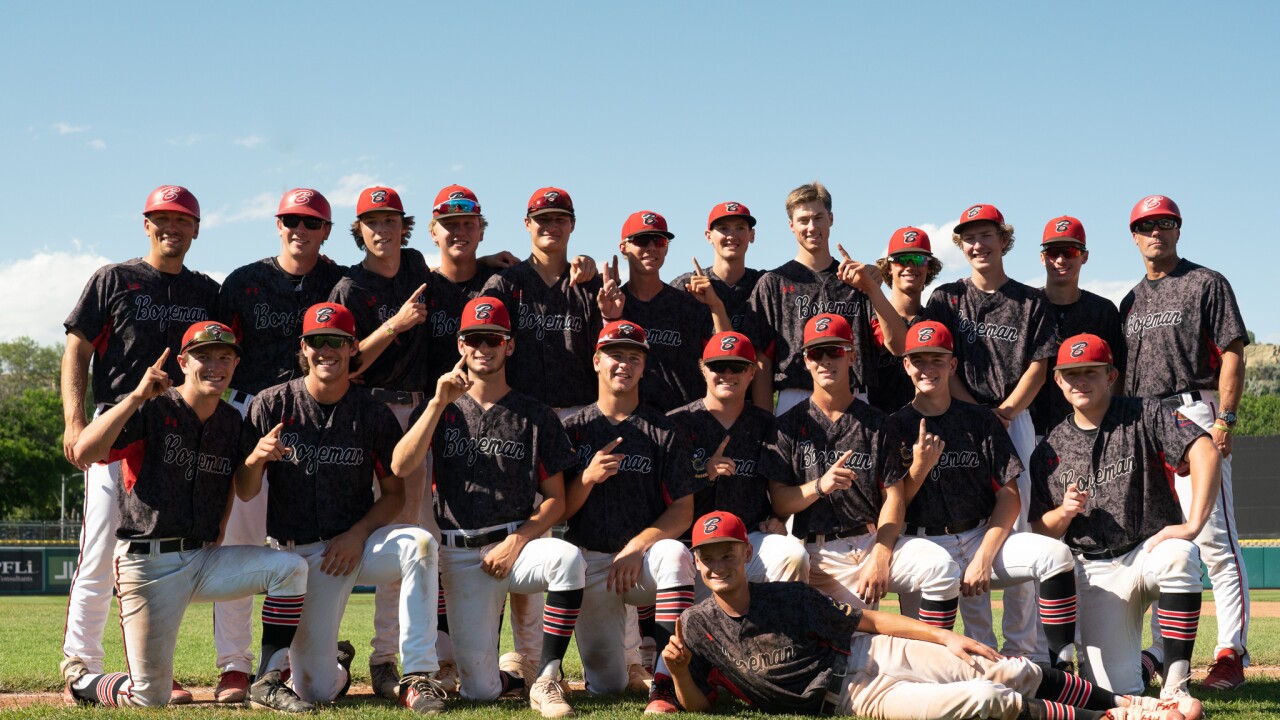 BOZEMAN — The Bozeman Bucks took home the Class AA Montana Legion Baseball state championship hardware for the second straight year after they defeated the Helena Senators on Sunday, but after all the uncertainty in the spring, they were just happy to be playing in state tournament.

“Whenever we get the green light, we’re going to get creative," Bucks head coach Garrett Schultz said a few months ago. "If we have to move schedules around to make it work and accommodate a shortened conference schedule and state tournament, we’re going to do it.”

Schultz never wavered on if there was going to be a season.

“We just wanted to play as much baseball as we could," he said after Sunday's victory. "Nobody knew what kind of season we were going to get when we started. We knew we had a bunch of baseball kids on this team that really wanted to play, and we definitely had some players. Every day, the planning was hard, but you just go a day at a time, do the best you can each day and build to a point like this. It’s not an easy tournament to win, not at all. To do it twice is a big deal for our program, obviously. To get through this state tournament on top is an achievement.”

Schultz wanted to make sure all of Montana Legion Baseball was recognized for just playing baseball in 2020.

“I think the whole state, to be honest, should be credited with persevering this year," he said. "All of Legion baseball in Montana, there’s a lot of cohesiveness within the coaching group with our commissioners to make this season happen. I think the boldness of the group to be able to do that, to do it safely, went a long way, and we’re sure appreciative of that.”

For the Bucks, senior pitcher Hunter Williams was the ace for the team back-to-back years, shutting teams down in the title games.

“Having this team behind me, it’s the best feeling in the world," he said. "I know they’re going to go out there and work and get hits and get runs for me, so I don’t have to work as hard as I do out there. It’s the greatest relationship out there.”

His coach also heaped praise on the pitcher.

“Hunter’s done this two years in a row now," Schultz said. "We threw him Day 1, limited his pitch count. Our offense was able to score some runs in that game to get (the win). To come out and absolutely deal in the championship says a lot about Hunter’s competitiveness, his consistency. He works in the offseason a lot. He earns what he gets.”

For Williams and the rest of the team, this could be a top moment in their careers.