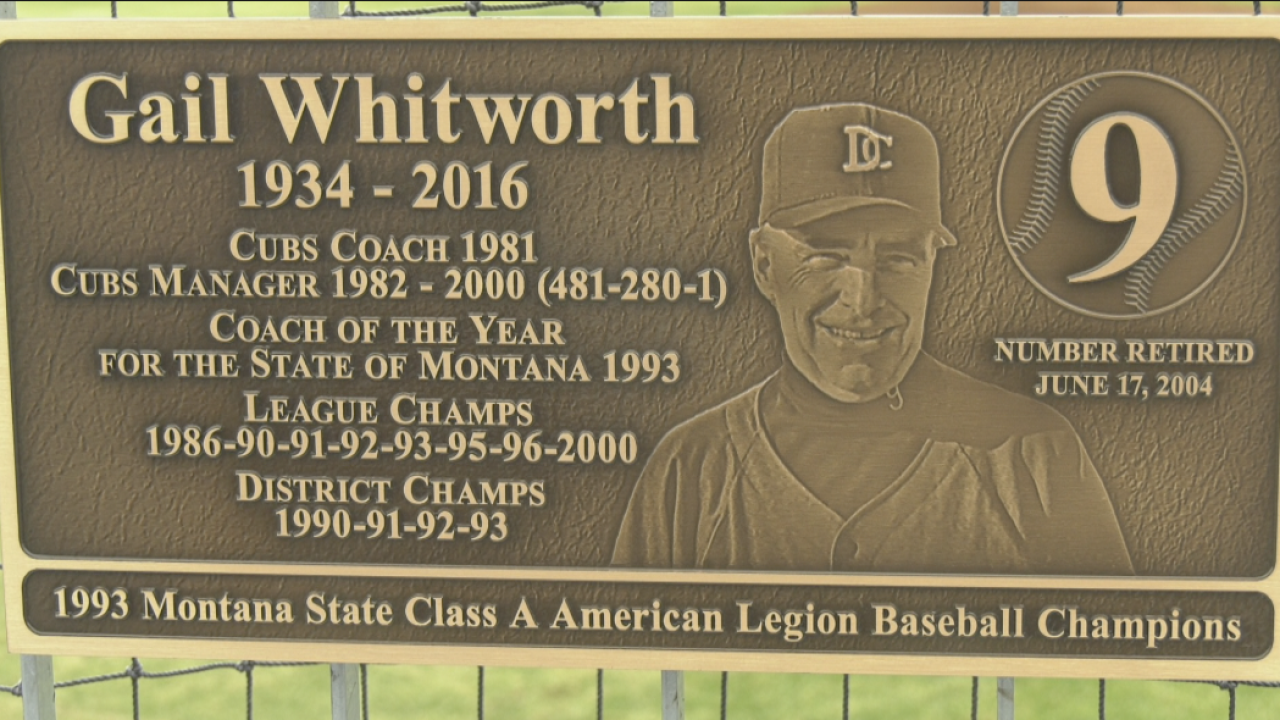 “He started the program, that’s the biggest thing. The Dillon Cubs are around in large part because of his contributions to the Dillon Cubs, and I don’t think we’d be where we are today without him," said current Dillon Cubs manager Greg Fitzgerald.

But what many remember the most about Whitworth's 20-plus seasons as a skipper are the countless lives he affected, both on and off the field.

“A lot of kids he’s coached over the years say I am who I am today because of what your dad has done for us," said Gail's son, Kevin Whitworth. "And, to me, that speaks a lot about his character and his integrity.”

In 2004, Gail Whitworth's number was retired. But on Sunday, the Cubs coaches and players all donned the No. 9 to show their appreciation to one man’s mission to bring America’s pastime to Dillon.

“We approached the Cubs after my dad passed and said, 'Would you guys mind hosting a game for him?'" said Leigh-Ann Whitworth, Gail's daughter. "And they said, 'Well, of course, that’s a no-brainer, because without him the Cubs organization wouldn’t exist.'”

Gail Whitworth ended his coaching career with 481 wins, earning the Montana coach of the year award in 1993, the same year he led the Cubs to their first and only state title. Before Sunday’s doubleheader between Dillon and the Butte Miners, his son Kevin and grandson Marcus raised the No. 9 flag on the left field foul pole to forever immortalize his years of dedication to the Dillon Cubs.

“It’s an awesome way to bring back his legacy and history," Fitzgerald said."And it’s something for our kids to be able to remember.”

“My dad was a very special person to me, he’s very special to all of us and obviously the people in this community," Kevin added.

“It just means that everything we did as a family ... it just wasn’t for nothing,” said Leigh-Ann.