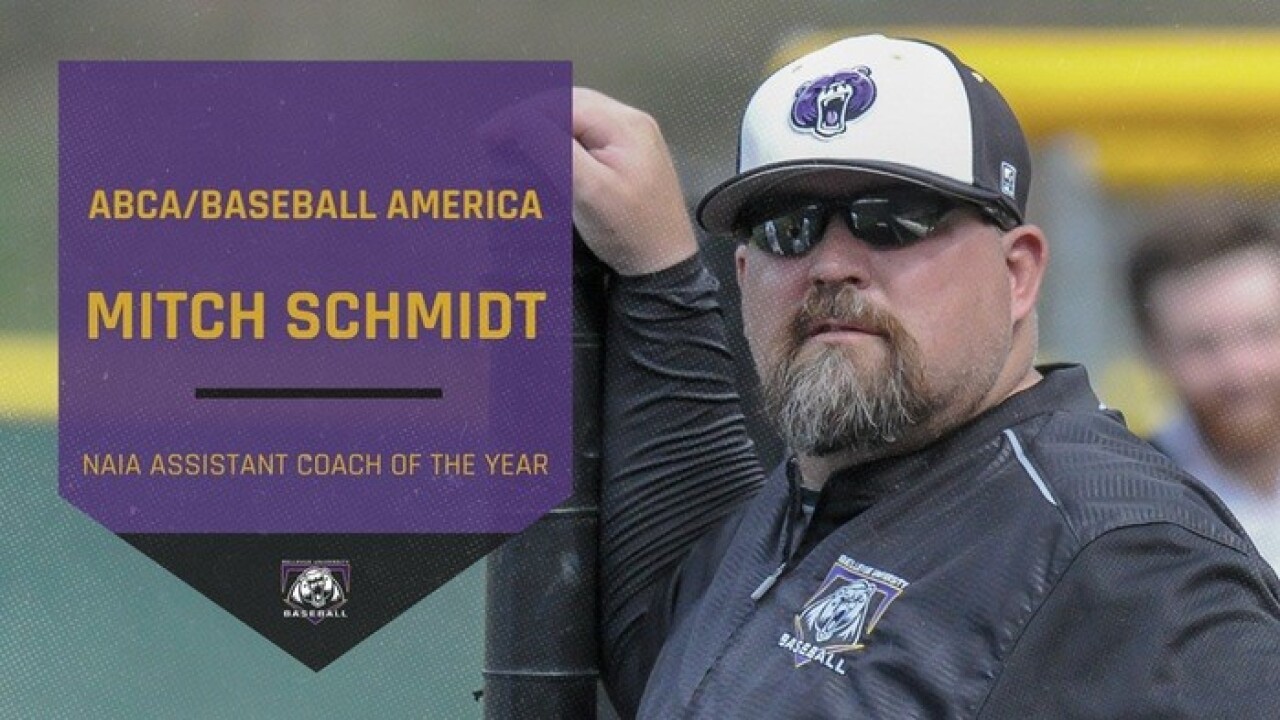 Schmidt, the longest-tenured coach on the Bruin baseball staff, is in his 14th season at BU and helped guide the 2019 Bruins (48-16) to the program's 14th appearance in the Avista NAIA World Series.

During the offseason, Schmidt manages the Okotoks Dawgs of the Western Canadian Baseball League, a position he has held since 2018. After guiding the Dawgs to a playoff appearance in his first season at the helm, Schmidt led Okotoks to WCBL Western Division and Playoff Titles and to a sweep of the Regina Red Sox in the WCBL Championship Series.