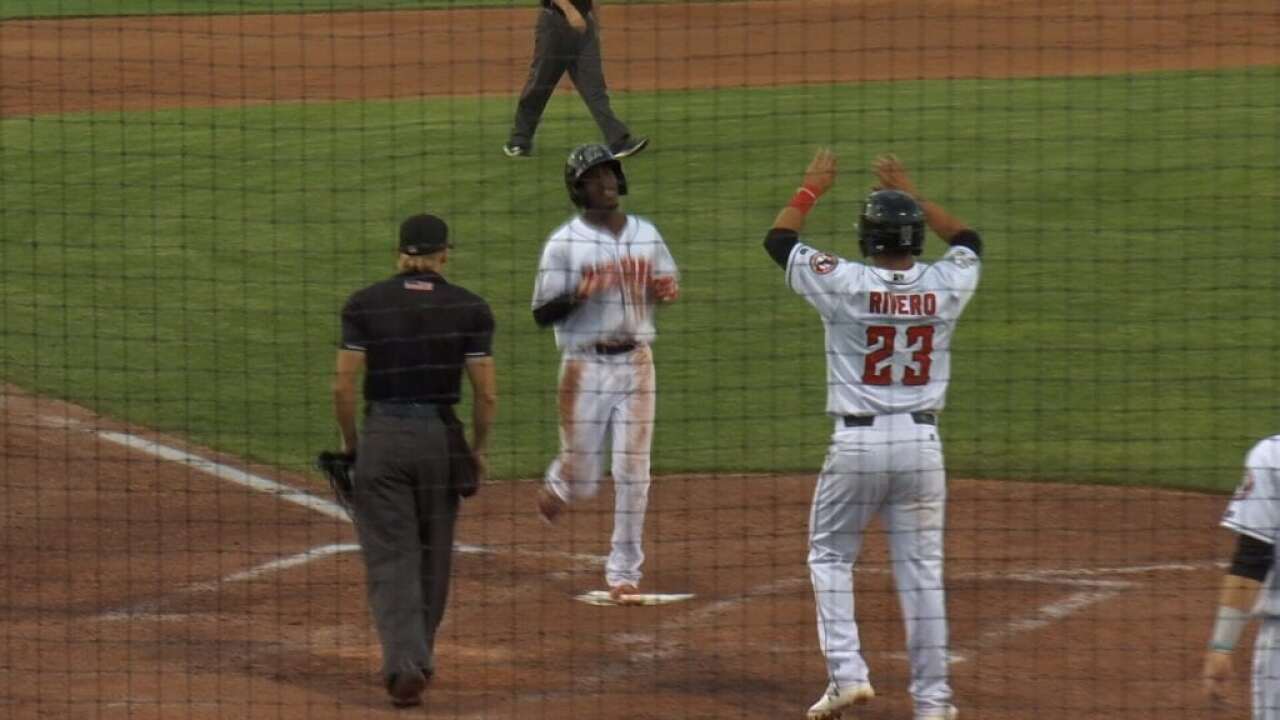 James Free hit a two-out solo home run in the top of the first to give the Mustangs their first lead of the night. For Free, it was his second home run in the last four days and his fifth of the season. He would finish the game 2-for-5 with two home runs, hitting his second round-tripper in the eighth.

Idaho Falls tied the game in the bottom of the second with a solo homer of their own. On the first pitch of the inning, Michael Emodi drove his 12th home run of the season to left to tie it at 1-1.

The Mustangs jumped back out in front in the fifth with a run on two hits. Jonathan Willems led off the inning with a single to right and scored later with two outs when Quin Cotton drove him in on an RBI single to right.

Justin McGregor went five innings in the start for Billings, giving up one run on five hits, not walking a man and striking out six. He would receive no decision in the game.

Tied at 2-2 going to the top of the eighth inning, the Mustangs got a majority of their scoring done with five runs on seven hits. TJ Hopkins led off the inning with a double down the left field line and immediately came in to score on Free's two-run homer. Quincy McAfee later hit his first professional home run in the inning for his second hit of the day. Jonathan Willems also delivered an RBI triple in the five-run eighth.

After the Chukars scored three runs in the bottom of the eighth to make up some ground, Francis Peguero struck out the side in the ninth to cement the win for Billings, their fifth straight victory.

The Mustangs and Chukars will play in game two of their four-game series Saturday, Aug. 17. First pitch is set for 7:15 p.m. MDT at Melaleuca Field.