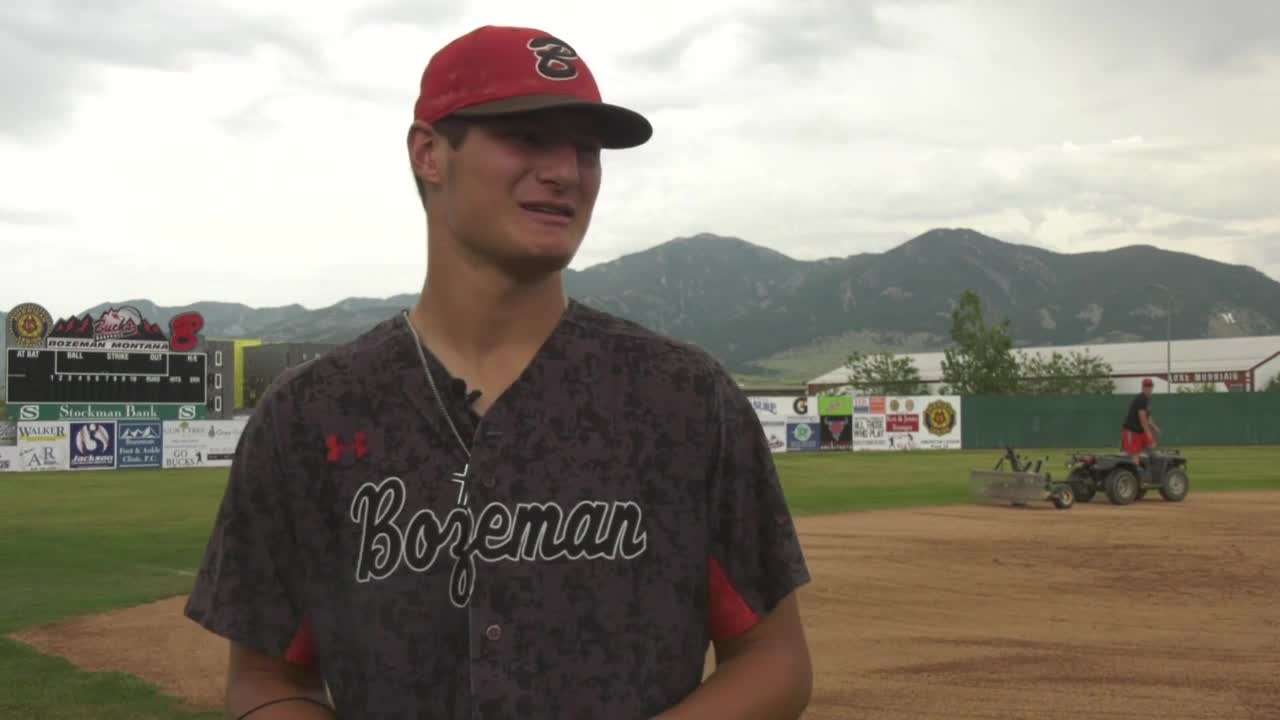 BOZEMAN — The Bozeman Bucks have the No. 1 seed locked up for the Class AA state tournament and are looking to repeat their title from last year.

“The state tournament is a really exciting atmosphere," said Bucks head coach Garrett Schultz. "Last year was awesome, many of our guys got to go through that (feeling) of actually winning the tournament, and some of our guys were on our team the year before when we went two-and-out. So we’ve seen both sides of it and you got to get hot at the right time.”

Bozeman has been hot all year, finishing with a 21-3 conference record. However, none of that matters now.

“At this point, we’re just playing baseball," Schultz said. "We don’t talk a lot about results. We didn’t talk a lot about a conference championship result. We just talk about what it takes to be successful every day and on every pitch, and our guys have embraced that mentality and the results have come because of that.”

Bozeman has been led offensively by Sage McMinn, who had a year to remember. He had a batting average of .500, an OPS of 1.431 and 13 homers. On the mound he had an impressive 77 strikeouts in 60 innings pitched with a 2.91 ERA.

The players aren’t worried about other teams, they’re focused on the task at hand.

“I’m more worried about us," said catcher and senior Alton Gyselman, who had an amazing regular season, finishing with an OPS of 1.214. "(I'm) more worried if we don’t show up to the field, we’re going to beat ourselves. So, as long as we show up to the park every day, we have a decent chance to beat anyone that we play.”

A lot of the team’s success is because of Kelher Murfitt, who came back to play with the Bucks after his college season was canceled, and he met the age limit to return. Murfitt batted over .400 in the state tournament last year.

“I try to do my best on and off the field for them to look up to," said Murfitt, who had a batting average of .396 this year. "(It’s) just a great group of kids, the guys, all them are really good friends, friendships will last forever from this season and last season. I don’t know, just going out there, trying to do my best and show them how to play baseball.”

The Bucks have a bye in the first round of the state tournament and on Thursday night at 7 p.m. they will be taking on the winner of Thursday's game between the Billings Royals and Billings Scarlets.