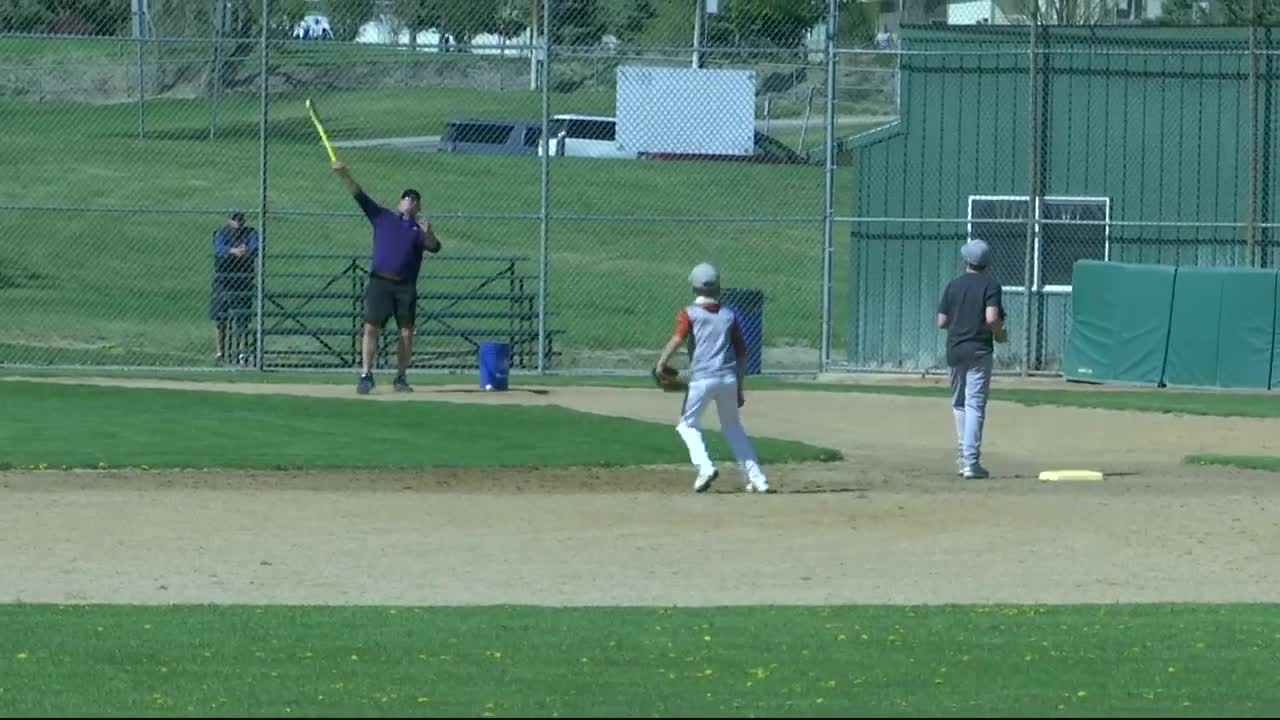 BILLINGS -- Youth travel baseball and softball teams are practicing in Billings city parks for the first time season with distancing guidelines still in place, but slightly relaxed. Little Leaguers are expected to open practice next week.

Leagues were requited to draft proposals before sending them to the city for approval.

"The way they initially did it, the city came out saying we're going to follow Phase 2," Jeff Ballard told MTN Sports standing near third base on Tuesday. "When Phase 2 started, they would allow practices on city property. But I think some people talked to them, and they saw what other places in the states were doing, and they re-evaluated what they needed to do. So they asked each organization to come up with a protocol you're willing to follow to get out and practice. So that's what we've all done."

"The rule is 10 or less, now in that group my understanding is you can hold hands," Ballard said. "You don't really need to practice social distancing. What I'm told, once you get over 10 you've got to have (players) six feet (apart). So, certainly baseball is pretty spread out. It's a safe of sport, I think, you can have from a passing of a virus issue."

If all goes well for Billings Little League teams, they’ll play the extended season and then enjoy an all-star tournament of champions to decide city winners in mid-July.

"They're so happy to be out here," Ballard said with his own smile. "You know, we've had some informal, not really workouts, but if kids gather, we've done some of that. But when it becomes formal, they're crazy. They've been having a great time, it's great seeing smiles on their faces. At some point, though, they'll get bored of practice, right? It's like, 'When do we get to play?'"