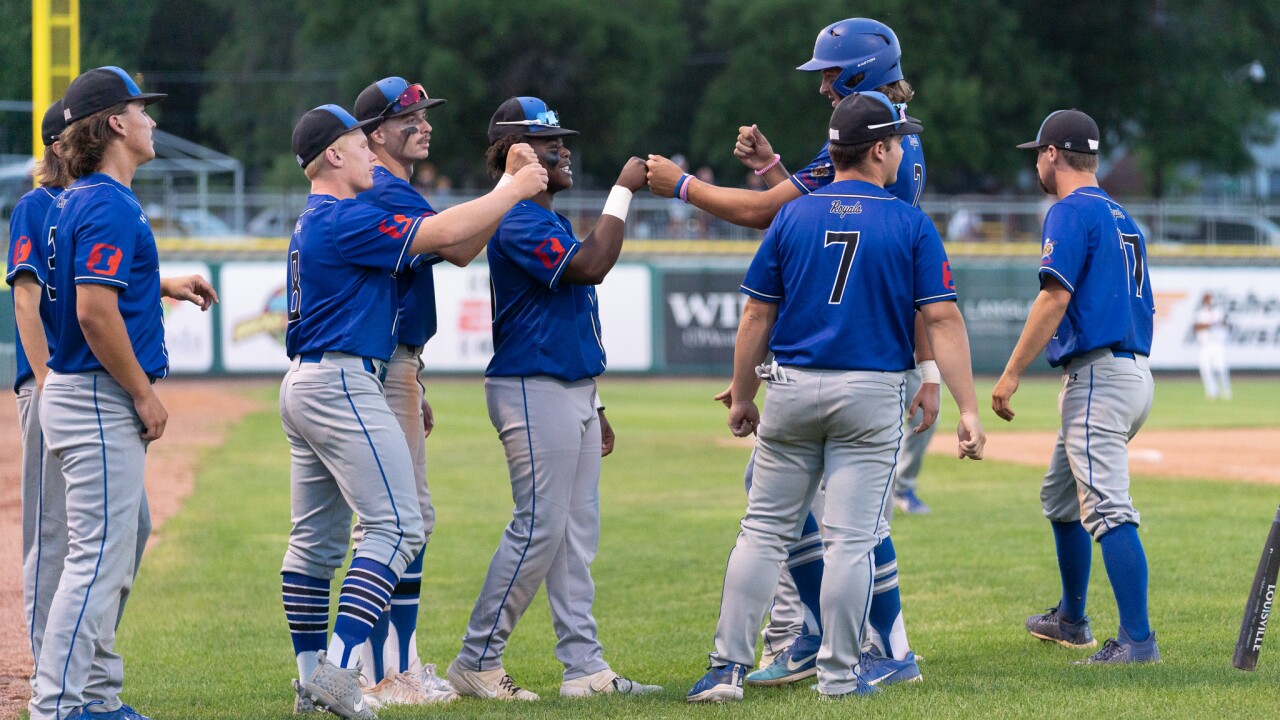 Seth Royal Kroft for MontanaSports.com
The Billings Royals defeated the rival Billings Scarlets in the opening round of the 2020 Montana Legion Baseball Class AA state tournament at Dehler Park. 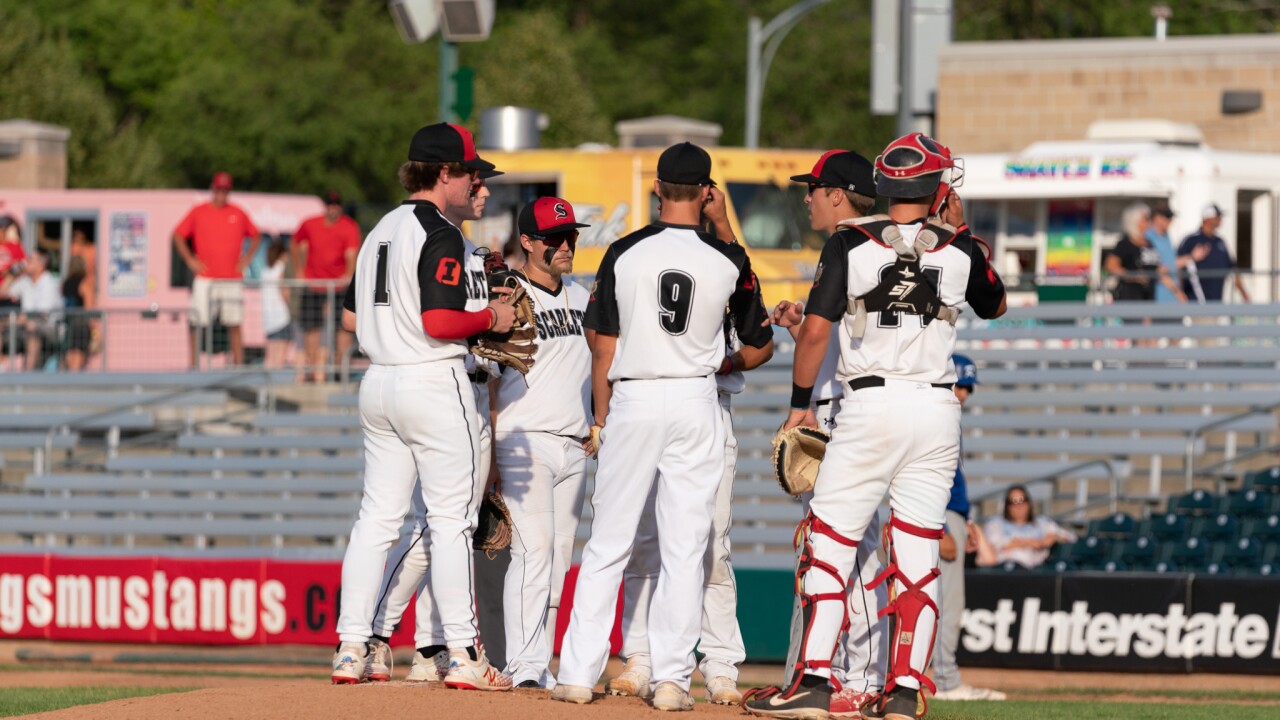 BILLINGS -- The Billings Royals ran off with the lead late in the game in a 5-4 victory over Great Falls Chargers on Friday in loser-out action of the State AA American Legion baseball tournament at Dehler Park on Friday.

The Royals were down 3-0 entering the bottom of the sixth inning, but back-to-back hit-by-pitches put two runners on for Aiden Montez, who hit a two-run double to cut into the Chargers' lead. Brady Uhren then hit an RBI single to tie the game.

With the game tied and two outs, Jaedon Jordahl hit a bouncer to the second baseman, but an error allowed two more runners to score to give the Royals a 5-3 advantage.

Great Falls would threaten by plating a run in the top of the seventh, but the Royals are advancing to play on Saturday.

Eli McCoy was the winning pitcher for Billings Royals. He surrendered four runs on six hits over seven innings, striking out two.

Hunter Huck was on the hill for Great Falls Chargers. He went five innings, allowing three runs on four hits, striking out four and walking one. Fox Weymouth and Josh Banderob entered the game as relief, throwing two-thirds of an inning and one-third of an inning, respectively.

Brady Uhren went 2 for 3 at the plate to lead Billings Royals in hits.

Three Billings Scarlets pitchers combined to allow only three hits and four earned runs as the Magic City squad staved off elimination with an 8-6 victory over Kalispell on Friday afternoon at Dehler Park.

Michael Horral started on the mound for the Scarlets, throwing 3 1/3 innings, striking out four and allowing four earned runs. Nate McDonald and Nate Dewar each took a turn on the hill, with Dewar fanning a pair of batters and not allowing a hit in the final two innings.

Billings opened the game on a tear, scoring four runs in the top of the first. Jarron Wilcox and Jackson Schaubel drove in runs in consecutive at-bats, then Caden Dowler drew a bases-loaded walk that scored Wilcox, giving the Scarlets a 3-0 lead. Spencer Berger was walked with the bases loaded moments later, sending Schaubel across home plate for the 4-0 advantage.

Kalispell got two back in the bottom half, the first on a Connor Drish RBI double, then a bases-loaded walk that brought Drish home to slice the lead in half.

Drish finished with three RBI in the loss.

Feralio finished with three RBI on a 3-for-4 performance at the plate, setting the tone for the Scarlets' 10 hits on the night.

The Lakers made things interesting in the bottom of the fifth, though. After trailing by as many as five runs, 7-2, Kalispell got within a single run on Ethan Diede's grounder that led to a Scarlets' error, eventually scoring Joe Schelgal and Jack Corriveau.

But Feralio's sac fly in the top half of the next inning gave Dewar the breathing room he needed on the mound, pushing the Scarlets into Day 4 of the tournament.