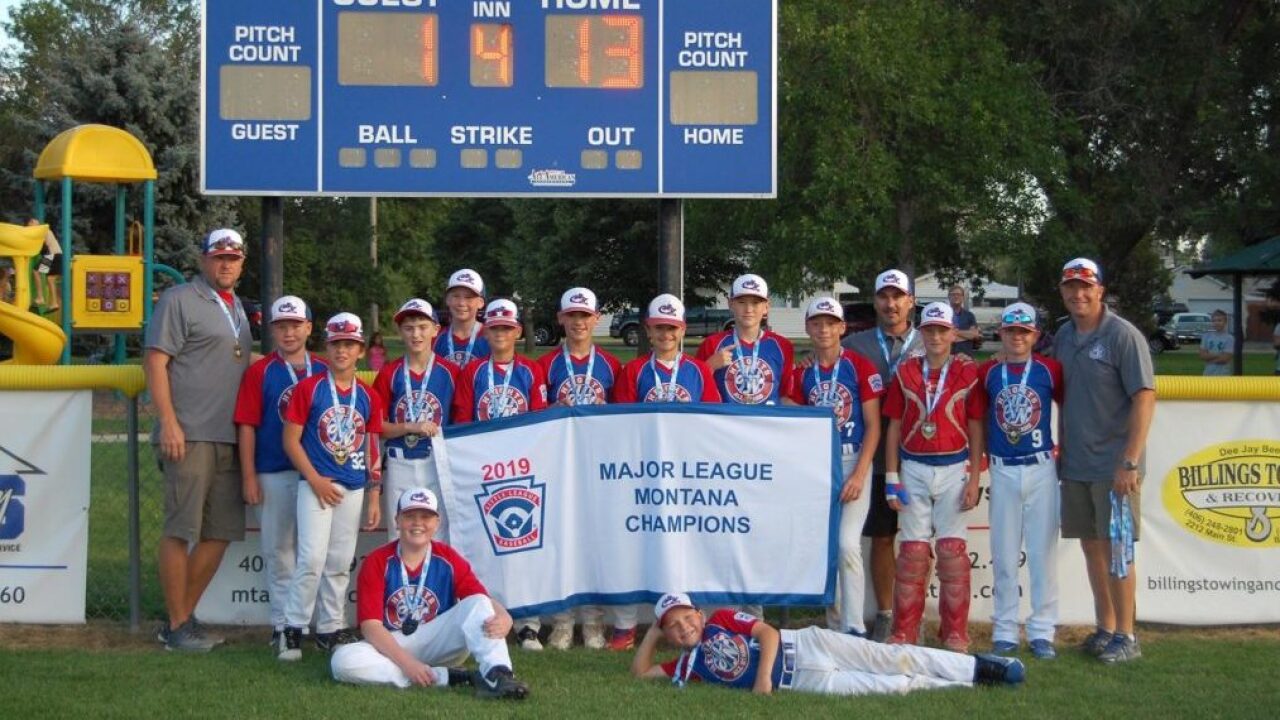 Tied 5-5 in the bottom of the fifth, an error scored one run to open the flood gates for Oregon.

Oregon scored its first run on an error, then took advantage of four consecutive walks in the second inning for a four-run lead. Avery Lohrman started the game for Oregon. He allowed 10 hits and five runs over four innings, with one strikoout. Gavin Price came on late to earn the win allowing one hit and two runs while striking out four over two innings.

After trailing 4-0, Montana scored four runs in the fourth inning for a 5-4 lead. Chaise Tracy, Anthony Williams, and Westen Fink connected for RBIs.

Connor Smith took the loss surrendering one run on one hit over one inning. Heights' starter Chaise Tracy struck out four and only allowed two hits, but gave up five walks and seven runs in four innings of work.

The Heights National All-Stars, who beat Alaska 1-0 in Sunday's tournament opener, play a loser-out game against Wyoming Tuesday morning at 10 a.m. MDT. It can be streamed live on ESPN3.