As end possibly nears, no one will miss Billings Mustangs more than Gary Roller 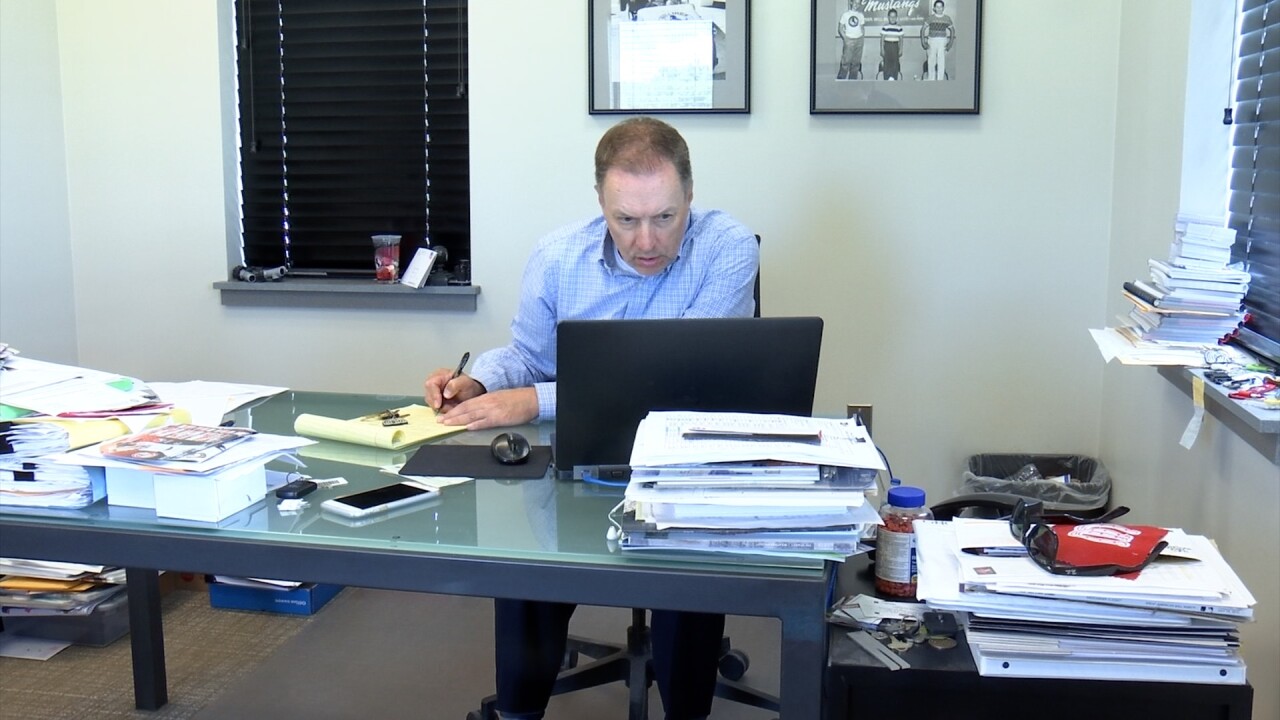 BILLINGS — The reality has begun to sink in: There likely will be no Billings Mustangs baseball this summer due to COVID-19 complications, and the real question remains if there ever will be again due to a minor league contraction proposal that’s still very much on the table.

It’s painful news for thousands of fans in the Magic City, but it’s devastating to Mustangs general manager Gary Roller, who has basically dedicated his entire life to the organization.

Born in Billings in the mid 1960s, Roller has been watching Mustangs baseball for 50 years. Like many, he grew up wanting to be a player.

“At some point when you get older and older -- it might be high school, it might junior high, it might be college, for those fortunate to go on and play in college, I wasn’t one of them," Roller admitted, "I always knew I wanted to have a place in sports, somehow, someway.”

After earning a master's degree in athletic administration from Idaho State in 1992, Roller found that way back home.

“Basically I started in 1993 as an intern. Bob Wilson was the general manager at that time, he found a way to give a kid a chance, and basically him and I did everything imaginable that needs to be done in a small operation," Roller said.

In the 16 years since, Roller has seen nearly everything -- league championships, a glistening new stadium, and some of the best players in the world.

“What stands out to me a lot of times are the individual players themselves, probably particularly the championship teams. Those always hold a special place for everybody," he said.

"You look at that 2003 team, and the fact that Jim Paduch, who was a pitcher on that team, threw a no-hitter in the championship series, and we won in front of everybody at Cobb Field. That was a special, special moment. I’ll never forget that.”

He’ll also never forget the summer of 2017, when Hunter Greene mania took over.

“I’ve never seen anything like it," Roller said. "I’ve never seen the attention commanded by one individual, whether it be a player, manager, coach, whoever it was. Just the throngs of people that followed him and wanted a piece of him and wanted to say hi to him and so forth and so on. I don’t know that we’ll ever see that again, honestly.”

If the Mustangs have indeed already played their last game, no one’s life will change more than Roller’s, as he says goodbye to 50 years of memories.