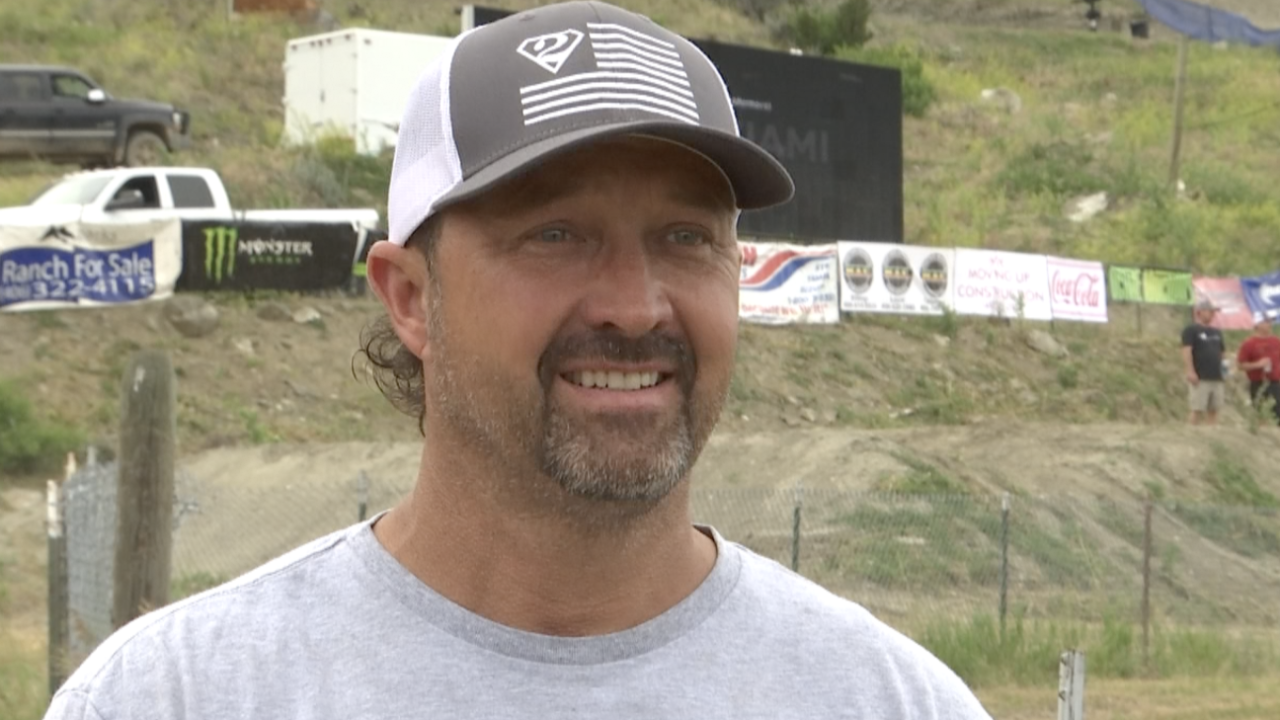 COLUMBUS -- The Nitro National Pro Hillclimbs outside of Columbus may turn into Montana's largest sports gathering since the start of COVID-19 regulations in March.

More than 200 camping passes have been sold, plus an abundance of tickets. Promoter Tyler Johnson told MTN Sports that in past years the two-day event has drawn around 10,000 fans. This year's hillclimb has expanded to three days (Friday through Sunday).

So how does Johnson plan to keep the barrage of motorheads spread out?

“They say the rule is, we are the epitome of social distancing, camping is every six feet apart," he said. "You’ll notice all of our camping spots are six feet. Inside of here (pits and fan sections), rules for the weekend are, keep your group of 50 people six feet apart. The health board guy is here on site, we have his blessing and the paper is signed. He’s actually down here camping for the weekend.”

Every rider is in a pro class ranging from kids to women to riders in the open division.

Some bikes are said to weigh around 350 pounds, with the final hill climb wall stacked at about 25 feet. The field is also loaded with talent, including X-Games gold medalist Logan Mead and Travis Whitlock, a 16-time national championship who approaches climbing a lot differently now at age 50.

“Back when I was 18 it was definitely more wide-open and hope for the best," Whitlock told MTN Sports. "Now that I’m 50, I know when I can go wide open, I know what’s best, and sometimes, you’ve got to put them together and that’s when you usually make that perfect ride.”

Mead admits he's just eager for any hillclimb action after his sequence of events over the past two years.

"I was out all last year with an ACL injury, came off the X-Games gold medal and was training, looking for the best season, and again had an ACL injury," he lamented. "So, (I've) been out and then I was ready to go in April and the COVID thing happened. So, (it's) a little late start but it’s June and I’m feeling good and ready to go.”

Joe Shipman from Cottonwood, Calif., occasionally travels with Mead. He's suffered his share of injuries but admits they're worth the thrill of returning.

“I’ve had some broken bones and stuff," Shipman said. "Actually, this hill claimed me two years ago when I went over the top and 'endo'd' and got knocked out. That’s the night the lights went out in Joe, I guess.”

The Nitro National Pro Hillclimb runs all day Friday and Saturday then through early afternoon on Sunday. Johnson said a mountain of fireworks will be set off Saturday around 10:30 p.m. from on top of the hill.