The anchor to the geriatric coach: Pam Green 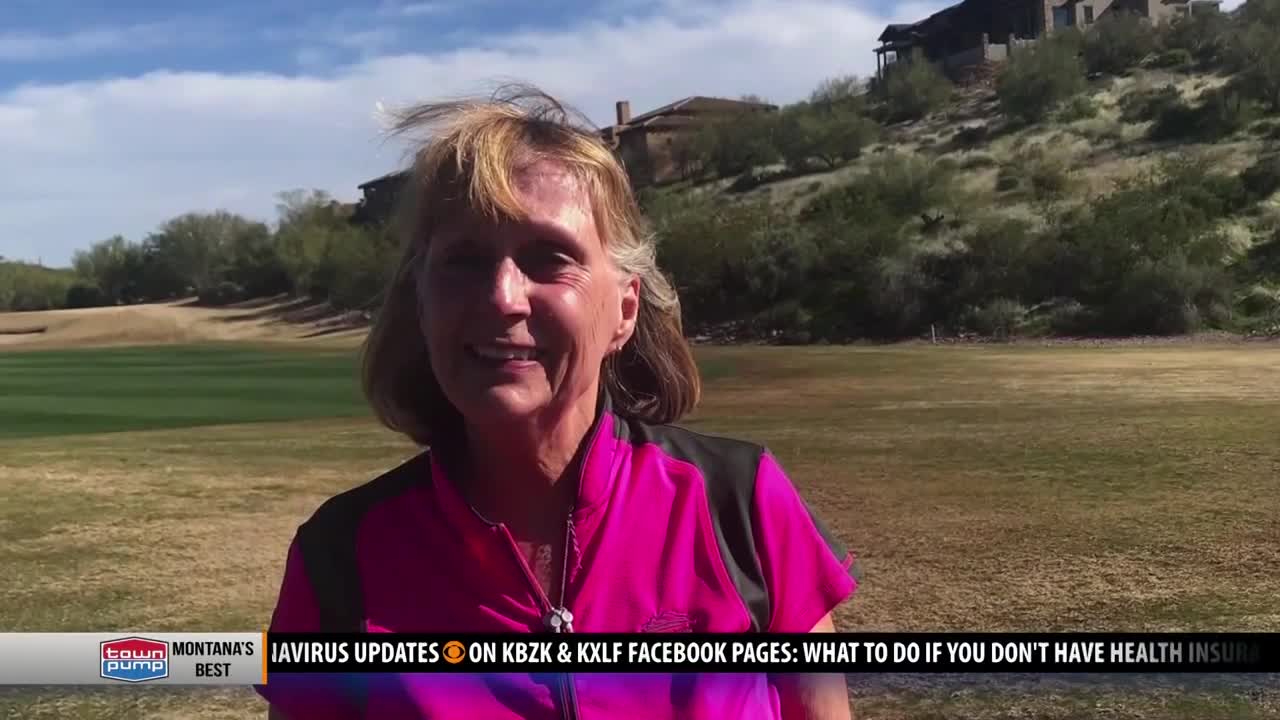 BUTTE — Inside Montana Tech's Hall of Fame room at the HPER Complex, Oredigger coaches and student-athletes have been reading bedtime stories broadcast on the university's Facebook page. They've become quite the hit for kids during this unprecedented time.

But no one could ever live up to the energy brought on by former football coach and viral sensation Bob Green. Even through tough times, the humor from the longtime coach has never quivered.

“We’ve made a lot of videos right in this room. I feel like we’ve been in this room shooting more film than Cecil B. DeMille," said Green.

Green has been keeping busy taking walks and watching old Oredigger football games in his down time. Right there by his side is his wife, the famous Pam Green who was mentioned in this all-time great quote from the geriatric coach after a football game.

“I wanted to raise my kids using a depth chart. Can you imagine that? I wanted that. Pam Green vetoed that idea," Bob said.

Pam has stayed relatively quiet in the spotlight compared to her husband during her time in the Mining City. But if you ask Bob to name something people don't know about her, the first thing that comes to his mind is that she is a master in the world of culinary arts.

“You know, one thing about Pam Green people do not realize is that she is an incredible cook," said Bob. "Now, she’ll deny that. She was always a teacher and an athletic trainer.”

Like Bob mentioned, a lot of people probably didn’t know Pam was one of the first athletic trainers Butte High ever hired.

“I got really interested in it and our athletic trainer was a young girl and I would hang out with her all the time and we would talk about stuff," said Pam Green. "Finally she said, 'Why don’t you become an athletic trainer?' And I think I said to her, 'I have three kids,' and she said, 'That’s not an excuse.'”

“Pam Green’s always been a great fan," said Bob. "She’s a great one for maintaining an even keel. I never was, I was never an even-keel kind of guy.”

But don’t think for a second Bob is the only one who can crack jokes and impressions. Pam has quite an arsenal of comedy herself and even gave her best Bob Green impression that was spot on.

“My mom’s name was Marceen and he’d always roll his eyes and say, 'I bet Marceen is up there shaking her head and saying, ‘Robert, you better stop doing that,''" she said.

Pam is just as energetic when it comes to social get-togethers with family and friends. Even Bob sometimes has a hard time getting in a word as Pam steals the room and the attention of those around her.

"When we're in situations where we're seeing old friends, man, she's dominating the conversation," Bob said. "I'm lucky to get a word in."