Synthetic turf ahead of schedule at Amend Park 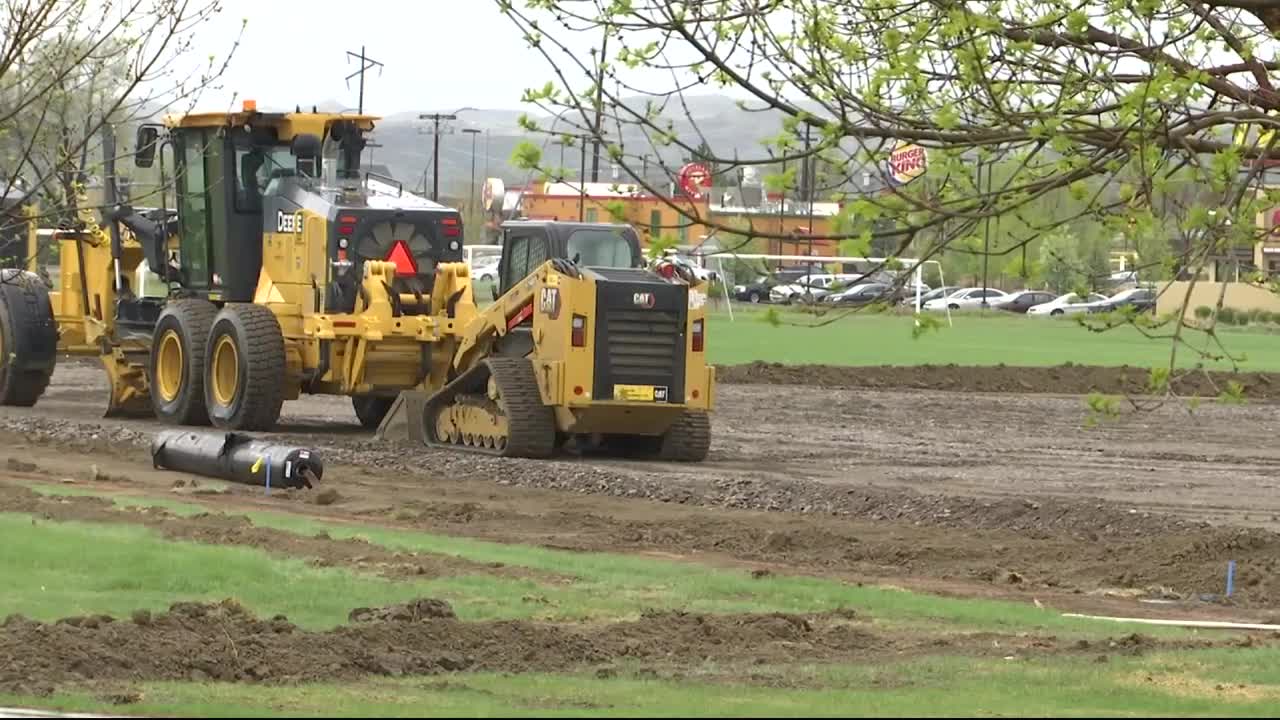 BILLINGS -- Clear-cut progress is visible for the new synthetic turf field being constructed at Amend Park in Billings.

A ceremonial groundbreaking was held Thursday afternoon under overcast skies and a light drizzle -- ironically perfect conditions to play on this style of turf. Construction actually started early a couple weeks ago, meaning the crew is ahead of progress on the complex's southeast end of Amend Park, intentionally located next to bathrooms and the concession stand.

Soccer and lacrosse teams will share field that was priced at $1.5 million when approved by the Billings City Council last September.

“Feedback is very positive," said Michael Whitaker, Director of Billings Parks & Recreation. "There’s been too many games rained out here. This will keep games going at Amend Park no matter what the weather conditions hold.”

Hope is for the new field to be ready for play by this July 1.

The new surface's primary function will serve as a championship field for youth lacrosse and soccer tournaments. It will also allow the regulation-sized soccer field to split into a pair of nine-vs-nine fields to accommodate younger players. And with LED lighting, there will be little concern should factors extend championship matches past sundown.

MTN Sports was told that talks are also on the table for Billings Senior, Skyview and West to possibly play their crosstown games on the field instead of their current site at Daylis Stadium. Billings Central is also said to be interested in calling it a home field after sharing Wendy's Field at Rocky Mountain College with RMC's programs.