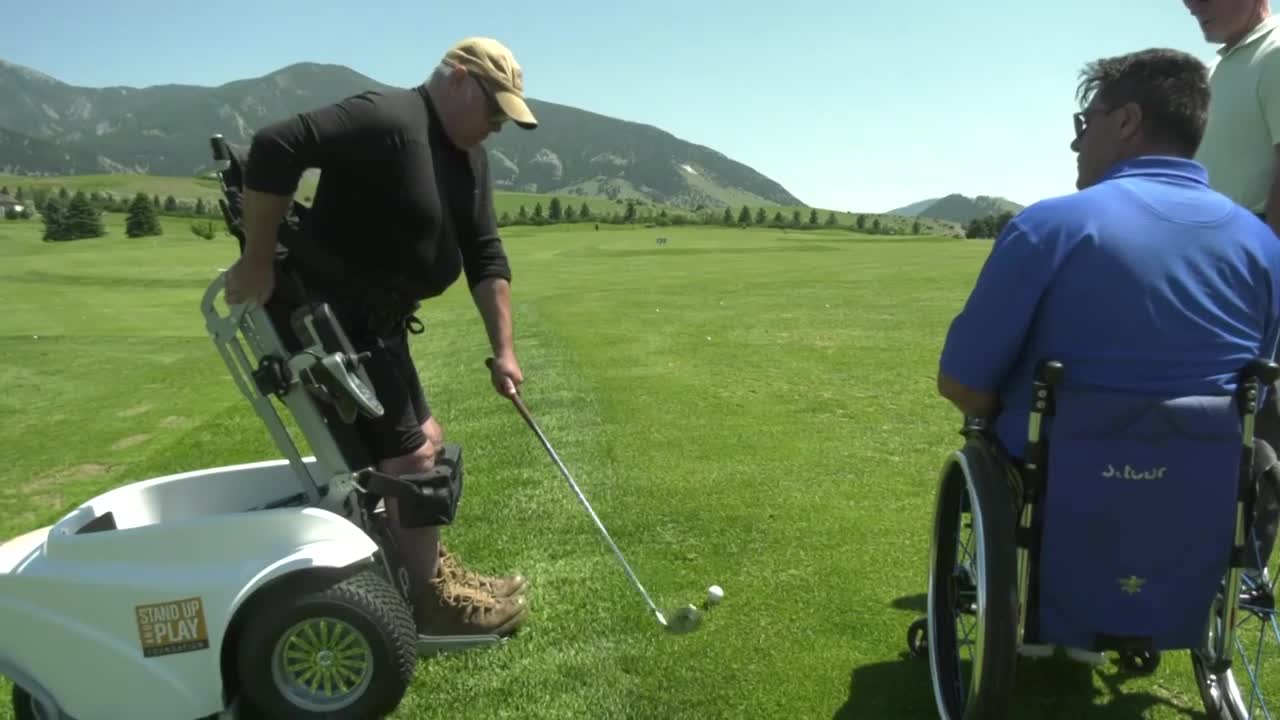 BOZEMAN — At Bridger Creek Golf Course one Air Force veteran is golfing for the first time in 14 years.

“This is just amazingly special," said veteran Jean Paul Lauren. "It just takes me back. I’m ready to play.”

A few weeks ago Lauren was learning to golf all over again.

“He has shown a little bit of talent even though he’s from the Air Force, right?” said the founder of the Stand Up and Play Foundation and South African Defense Force veteran Anthony Netto.

On June 17, 2006, Lauren was doing a routine parachute jump when his life would change forever.

“Hit an irrigation pipe straight across my hips," said Lauren. "Broke my pelvis in half. Major trauma and lucky to be here and happy to be here.”

Netto was wounded and partially paralyzed in Desert Storm while serving in the South African Defense Force. He then was further paralyzed after being hit by a drunk driver. Now with the Stand Up and Play foundation, he helps veterans, providing them with specialized wheelchairs that help them be active again. Lauren received his a few weeks ago.

“We got some serious brothers and sisters that have issues that, with a bit of help, and showing that they can become independent again and they’re part of society again and they’re able to help again,” said Netto. “As a veteran you still want to be a part of life and I’m glad, I’m proud, I’m honored. I’m humbled to be able to do this.”

For Lauren, this gives him the ability to do things he couldn't do before.

“This has just opened a whole new world for me," he said. "Stand Up and Play, thanks for Anthony, and pretty cool, we’re going to be able to play some golf.”

Lauren skis Big Sky in the winter, but now he can be active year round.

"It opens up the summer, another activity that I can do and this I can almost do by myself with a little bit of help, and so a lot of more independence," Lauren said.

If you would like to donate to the Stand Up and Play Foundation you can donate here.