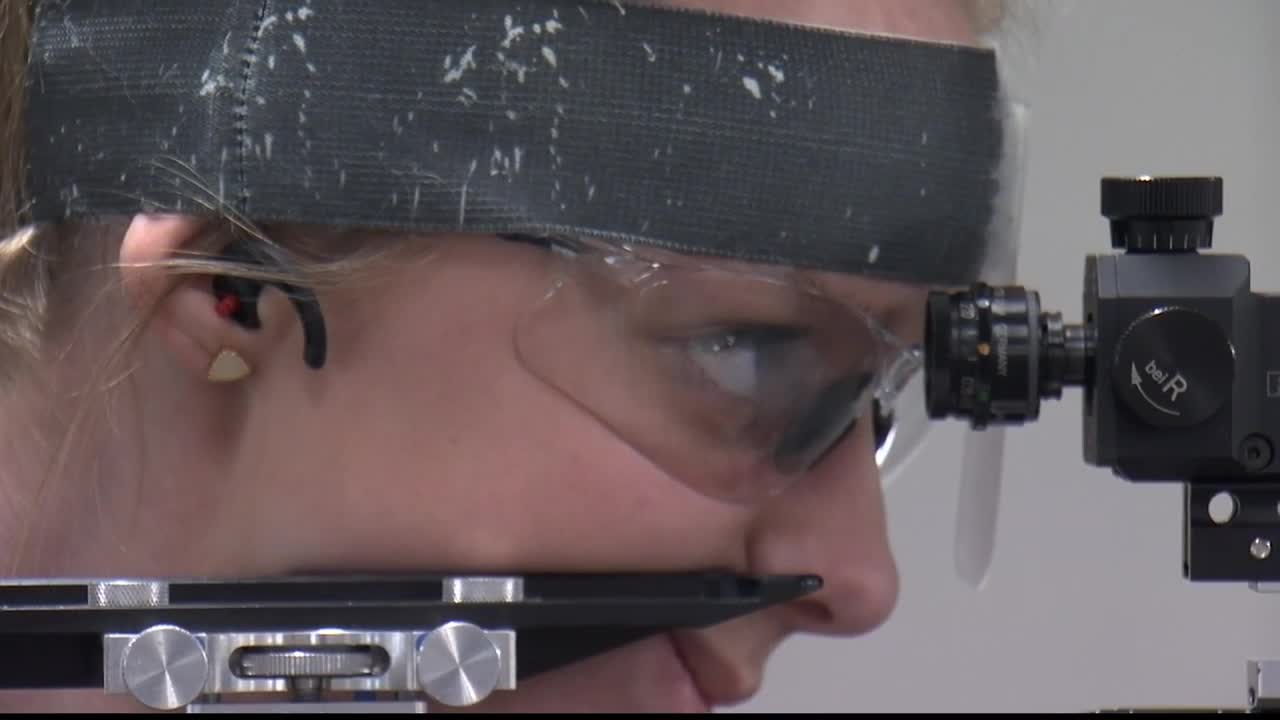 Nina Schuett didn't feel like her life quite - fit. "I liked volleyball, I liked doing swimming, but I felt that those were more of other people's sports." So she found one of her own, and it's propelled her to the top. 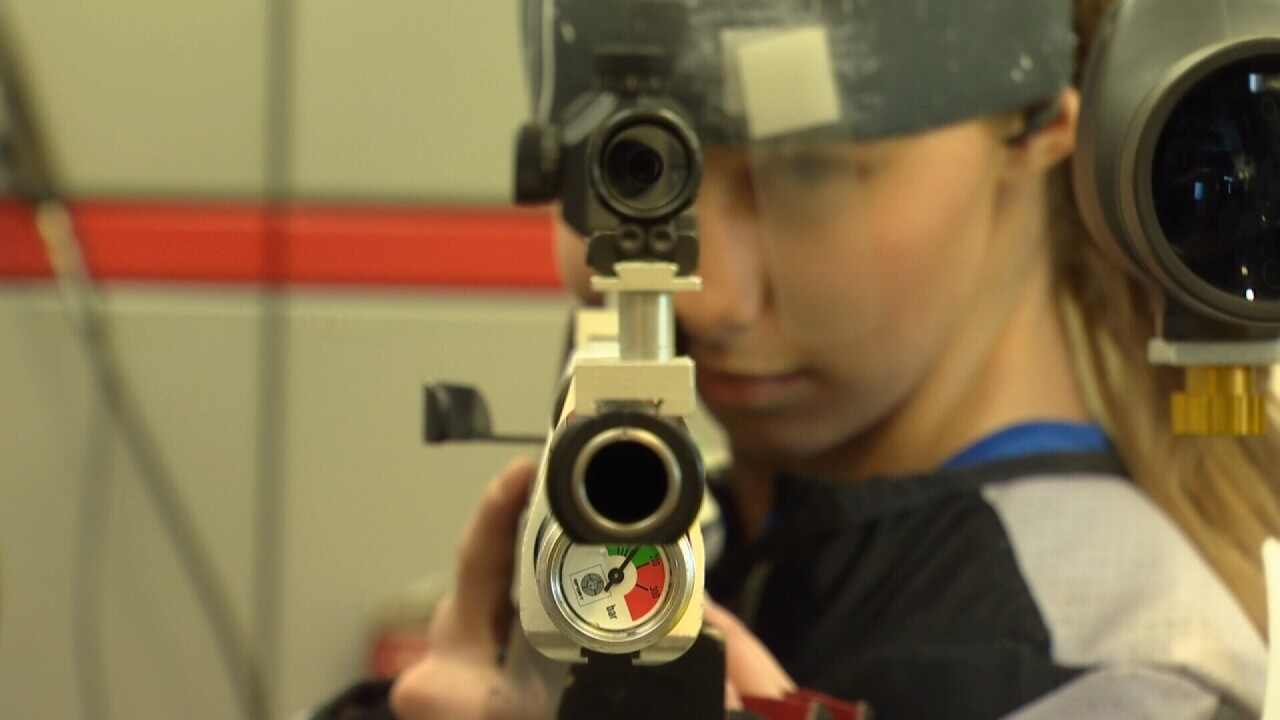 BILLINGS -- Nina Schuett didn't feel like her life quite fit.

"I'd never really felt too passionate about other things before," Schuett said. "I liked volleyball, I liked doing swimming, but I felt that those were more of other people's sports."

"My other twin has been very athletic," Nina said of Sage. "She's been the star of all the sports, so when I started doing shooting, it was a chance to make me my own individual."

Dad Brian figured if they were going to be in Montana for a while, the girls ought to learn one of the state's oldest pastimes.

That was three years ago, and Nina hasn't stopped since. Since her freshman year, the Billings West senior has gone from complete novice to one of the best air rifle shooters in the entire country. Seriously.

Sunday, Nina competed in the final part of the U.S. Olympic Trials, finishing 19th out of more than 200 invitees.

"You're surrounded by people who work extremely hard and are striving for greatness, and you just think, 'I want to be a part of that,'" Schuett said of the Olympic Trials atmosphere.

Most 15-year-olds can't commit themselves to that big of a goal, but Nina is unique, just like her homemade practice space in the family garage.

"Most shooters by my age, they've been shooting a lot longer than I have, so for me, I had to push myself hard," said Schuett. "I didn't go to football games. I didn't hang out with friends all the time. I didn't do all the things I wanted to do, but I knew I wanted this, and so I pushed myself to get there."

Here's a normal weekly schedule for an Olympian in training.

"Basically, I go to school, I do all my stuff, I come home and shoot for two-plus hours, and some days I'm shooting both guns, and those practices can be four-to-five hours. Then almost every weekend I have a match going some place. I also work out every day," Schuett detailed.

And those are just the physical reps. But this sport is almost all mental.

"How you think and what you think determines how you're going to do," Schuett said. "In shooting, you need to be very balanced and very calm and all this stuff, and outside of shooting I'm not that way at all. I'm very clumsy. I can barely walk in a straight line. I am a goof and I can't do anything right. But when it comes to shooting, all the nerves I have from outside life, they just go silent."

Schuett is the next in a long line of greats from the Gallatin Valley Sharpshooters, one of the premier youth teams in the country. Manhattan's Ivan Roe finished seventh at Sunday's Trials, while Belgrade's Ali Weisz achieved a lifelong dream, finishing second and qualifying for the 2020 Toyko Games. She told us she'd make it eight years ago.

"My first goal is to shoot collegiately, and then overall, honestly, my entire goal is to make it to the Olympics some day," Weisz said in an interview with MTN Sports in November of 2012, when she was a student at Belgrade High School.

So when asked what her ultimate goal is, it wasn't a surprise to hear Nina say: "The Olympics, winning gold."

She's got it in her sight.