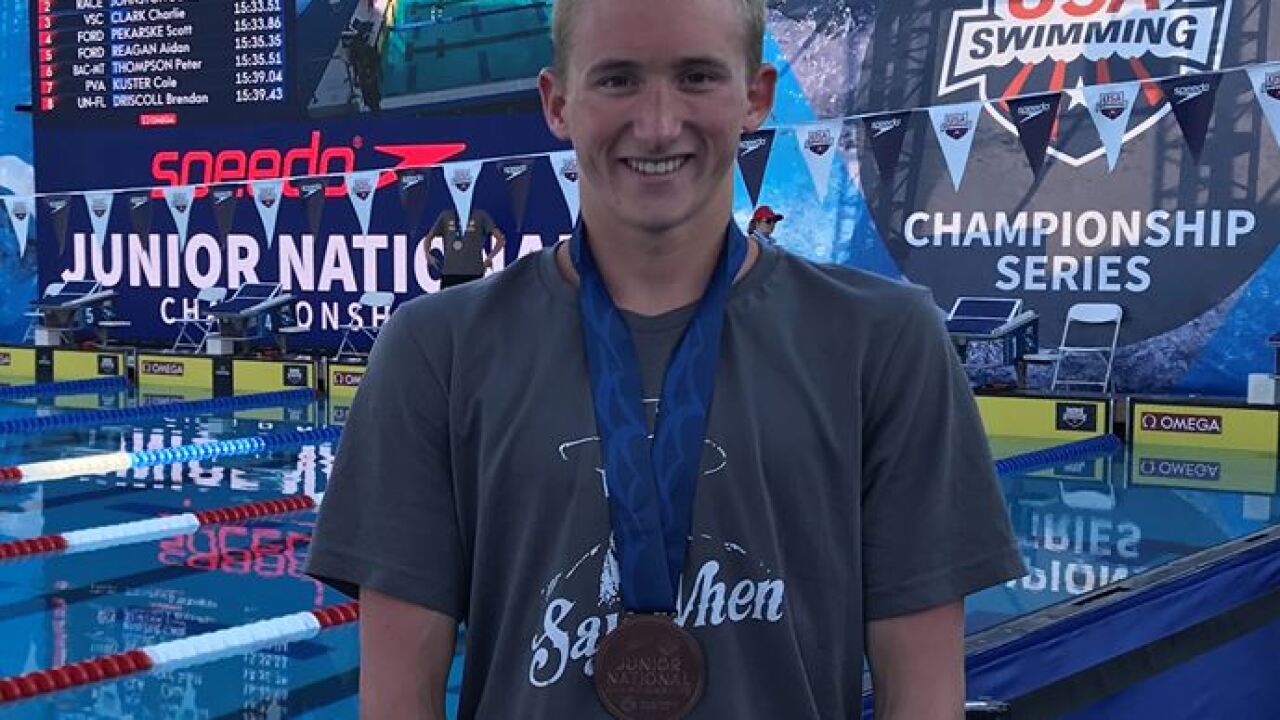 BILLINGS — Billings Aquatic Club swimmer Peter Thompson was selected to both the USA Swimming National Select Camp and National Junior Team this week for his performance at two different events earlier this year.

Thompson made the National Select Camp thanks to his 1,500-meter Freestyle Olympic Trial cut this summer, which invites him to the Olympic Training Center at Colorado Springs at the end of October.