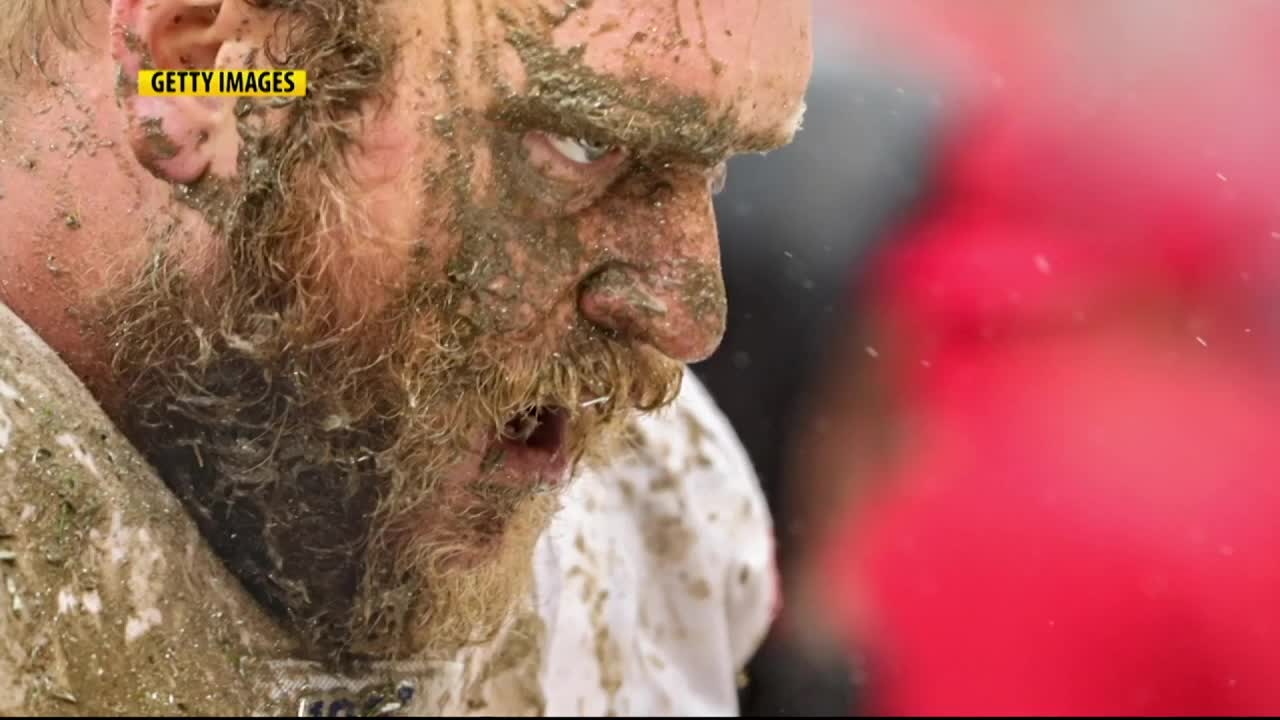 SANTA CLARA, Calif. -- His NFL career may be best summed up by the Sports Illustrated photo.

A mud-caked head. Sludge in his ears and smeared across his eyebrows, surrounding his eyes, snarled in his beard and tarnishing his white 49ers jersey. The snapshot in time was caught by a Getty Images photographer after Mike Person finished a tackle during San Francisco's soggy 9-0 win over the Washington Redskins back in October.

No matter how muddy it's been, Person just keeps bringing it.

From a Glendive town town of just more than 5,100 people, Person has been cut by five NFL teams. He's played for six, including next week's Super Bowl opponent Kansas City Chiefs.

Maybe the most painful story of his career: Person was cut mid-season three times by teams which went on to play in that season's Super Bowl -- the same 49ers that drafted him, the Seattle Seahawks and the Atlanta Falcons. Yet through the mud and the injuries and the goodbyes here he is, still standing, ironically with the team that gambled on him out of Montana State nine years ago with a seventh-round pick in the NFL Draft.

"It’s pretty cool to finally be able to be in this position," Person told MTN Sports by phone on Tuesday. "I don’t know, kind of over the moon about it."

Reflecting on his childhood days in Eastern Montana, Person wasn't always confident he'd get a shot at the NFL, let alone a Super Bowl.

"It was always kind of in the back of my head, but I, myself, had my own doubts, because I’m just a kid from Glendive, Montana," he said. "The generation of players that were around my time really gave me motivation. You have like Colt (Anderson) and Shann (Schillinger), Shann was a year older than me. Seeing them make it (to the NFL), I figured that if I get a chance, why not try? It’s kind of cool to think back about how naive I was about everything, but, yeah, it’s been fun."

Person is part of an offensive line that has steamrolled defenses this season. San Francisco's rushing offense is second in the NFL but forcing it to another level in the playoffs. These gold-rushing 49ers are setting a gold-standard ground attack.

Quarterback Jimmy Garoppolo only had to throw eight passes in Sunday's 37-20 NFC Championship win over the Green Bay Packers thanks to Person and Co. plowing the way up front. The former Montana State all-American has come full circle from that very first 49ers workout in 2011.

"That was the always the goal from Day 1," Person said. "That first training camp I took some lumps, but I also realized I can play in this league. I can try and stick this out for as long as I can, and hopefully I get a chance to actually play. Once you actually get on the field and start playing you realize that it’s just football, and that’s kind of the moment that you realize you can do this."