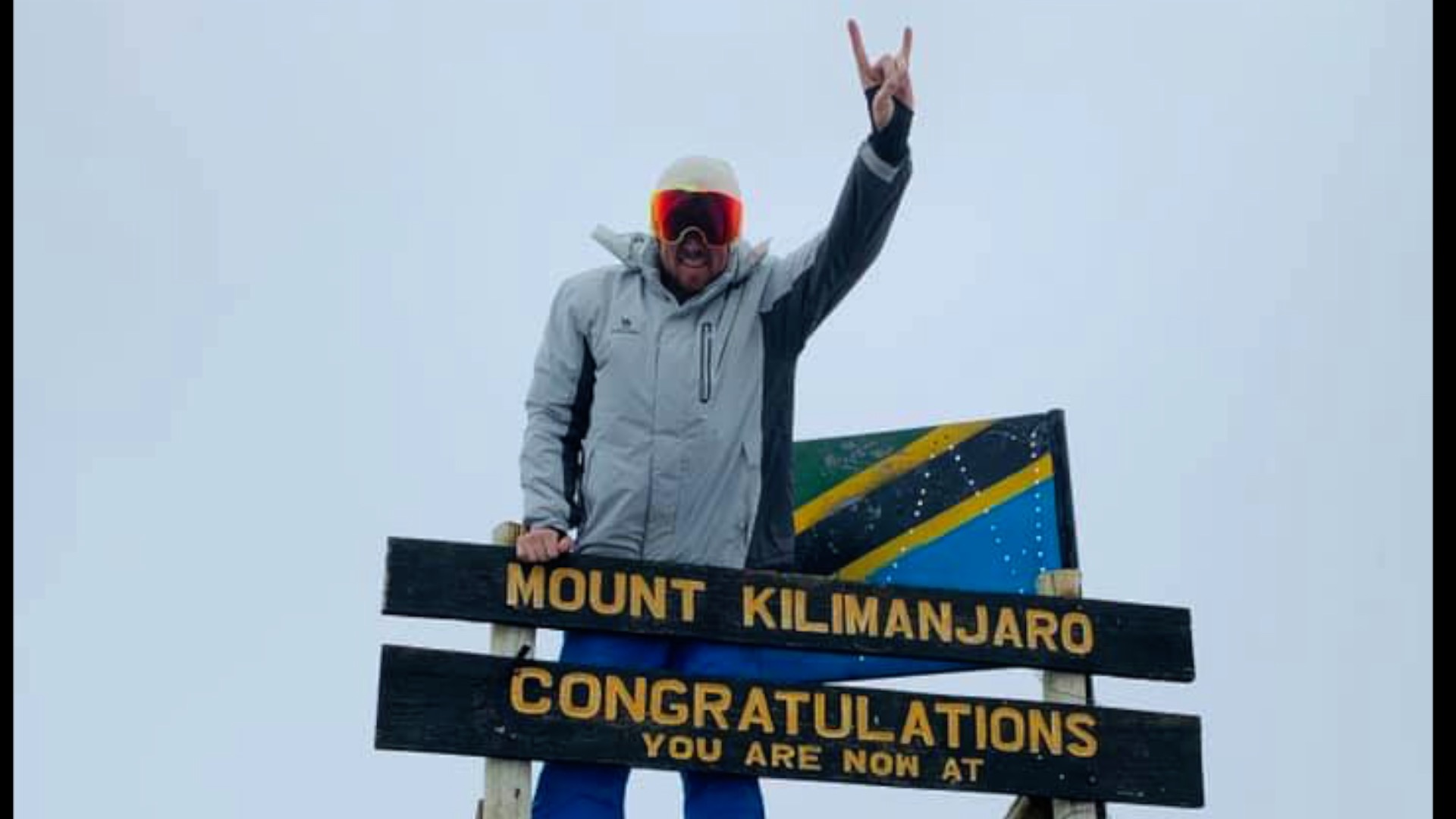 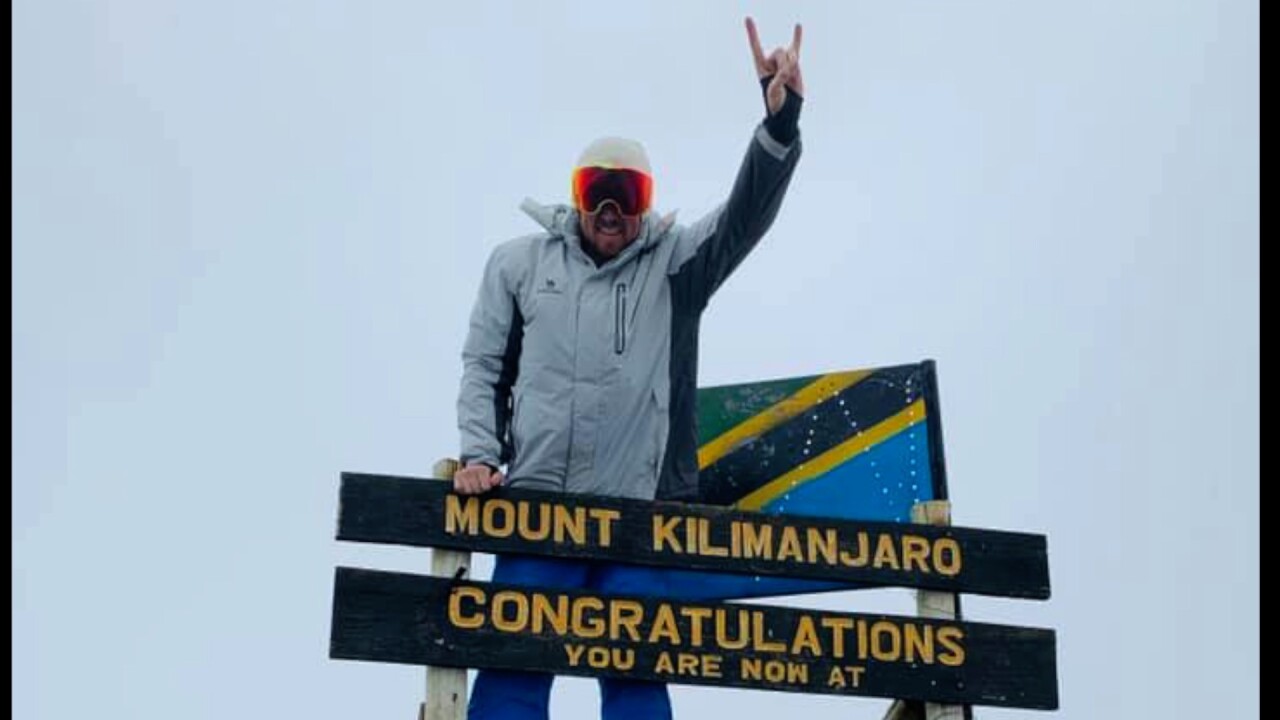 BILLINGS — Five years ago, Kirk Dehler could have never done this.

“I wasn’t doing anything for myself," Dehler said. "My family had basically disowned me. I was not healthy, I was eating terrible, and I was about to lose absolutely everything."

Dehler struggled with addiction most of his adult life, until early in 2016, when he made a choice.

“It came to that moment where I was like, ‘I’m tired. I’m done, and I don’t want to do this anymore,'" Dehler said of his choice to get sober. "Granted, I fought it a lot along the way to get in there, and once I did, my life got better right away.”

So he started to ask himself a question -- just what could this new Kirk Dehler do? The answer came from above, about 20,000 feet above.

“The Seven Summits have always drawn to me, which is the seven highest peaks in the seven continents," he said.

Dehler started dreaming of it even before he got sober, but only recently was it possible. And he knew exactly where he wanted to start: Mount Kilimanjaro, the highest single free-standing mountain in the world.

“That one stuck out to me because I was not a very avid rock climber or one of these (climbers) with Everest or things like that," Dehler said, "so I knew it was doable.”

Plans were made, tickets booked, and then the COVID-19 pandemic hit.

“Right up to the last minute, they say, ‘We have three other Americans coming.’ They were saying there's no COVID down there, they were allowing everyone in. And I thought, 'You know what? I’m going to go do this. I’m going to live my life,'” Dehler said.

With one of the lowest infection rates in the world, Tanzania was one of the few countries still accepting Americans in September. So Dehler took four flights to three continents and found himself on the journey of a lifetime.

“I think in total we did about 40, 41 miles up and down," Dehler said. "What’s so cool about Kilimanjaro is there’s five different zones. We started off in the rain forest, so we’re hiking up that -- there’s monkeys flying around. Our first camp was at 9,300 feet still in the jungle.”

The higher he went, the more he understood just how far he was going to push himself.

“It’s a real thing, altitude sickness -- I had never dealt with it," Dehler said. "Once you get up there, you walk 10-20 feet and you’re out of breath, no appetite, nothing. But I was telling everybody when I got back, it’s the best I’ve slept in years.”

Except for one night.

“When we were at Lava Tower Camp -- 15,500 feet -- there was this, 'Boom!' I thought it was thunder, and probably 100-150 yards away it was a huge rock slide," Dehler said. "So you’re like, ‘Is this coming towards me?’ You could tell it was a little off in the distance, but it was definitely an experience I’ve never had in my life.”

“I had to sit back and enjoy that moment of, ‘I did it.’ I could do this, and I wanted to accomplish it. I know me, I was already ready for the next one," Dehler said.

If everything goes right, that will be Mount Elbrus, Europe’s highest peak, next year. Don’t think you can join him? That’s what he used to think, too.

“I think so many people are afraid to fail," Dehler said. "The worst thing about failing is nothing, it’s just not that big deal. Then you try the next thing. I’m just a firm believer in there’s always a way to make something happen if your mind’s set on it.”