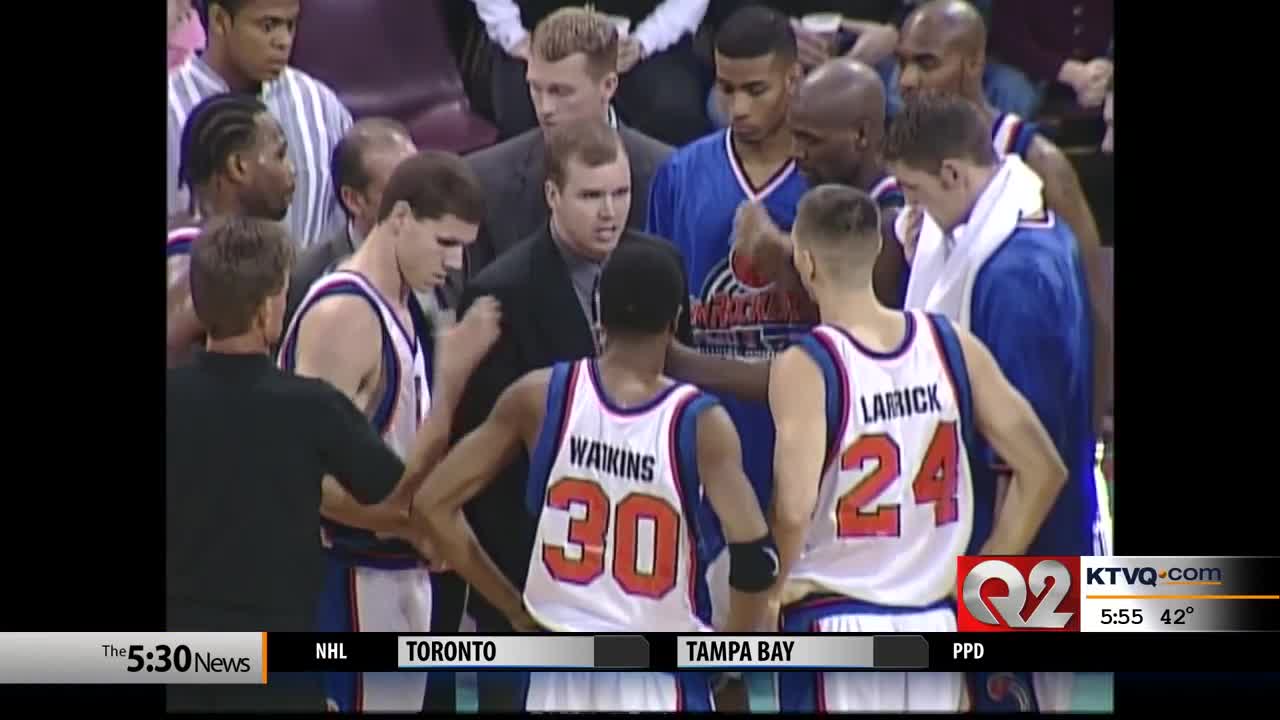 BILLINGS -- The Billings Rimrockers, high-flying and sharp-shooting, joined the International Basketball Association in 1998.

Billings businessman Ron Omo bought into the league as a hobby of sorts. He loved drag racing, golf and certainly basketball.

"It's a little different than some of the other leagues," Omo said at his team's introductory media conference in 1998. "This is not a franchise. I'm an owner-member of the IBA. There's 10 teams and I own 10 percent."

And think back to a young Scott Hatler. The Great Falls native and former Montana State player was named head coach, likely younger than any of the guys he was actually coaching.

"There is a little bit of risk, but it's a step up and any time you can make a step up, I feel like it's almost a no-brainer," Hatler said at the media conference.

As for chasing players, no new team had a head start. It was every franchise for itself.

"It's very much a warfare," Hatler said. "It's just like recruiting college players. You go out and get them. The only thing is, we can offer them the same thing."

Meaning no player was paid more than another. Salaries were equal across the board.

The Rimrockers showcased a little home-grown talent like former Billings Senior standout Matt Garrison and Helena Sports Hall of Famer Chris Spoja, who actually played while he was in med school.

And Michael Moten was lured to Billings from the Houston area, then decided to stay. Twenty-some year's later he's still into hoops -- at the youth level. Moten is an assistant coach for Billings Central's state co-champion girls, his daughter Olivia Moten-Schell a force on that team.

Rimrockers and guys throughout the IBA were mostly players hoping to reach the Continental Basketball Association and eventually the NBA. The league even included some former NBA players like all-star Darryl Dawkins. In fact, Dawkins was a player-coach for the Winnipeg Cyclone.

But during the 1998-99 season, some IBA guys felt like their chances of climbing the ladder were thwarted by the NBA's lockout. Others, like Dawkins were trying to climb the coaching ladder.

"I would like to move up to the Women's NBA, maybe one day the NBA," Dawkins said. "But the NBA does things their way. They call you when they want to, not when you want them."

Sadly, Dawkins died five years ago in August of a heart attack.

The IBA eventually blossomed into 18 teams with mascots such as the Des Moines Dragons, St. Cloud Rock'n Rollers and the St. Paul Slam!.

But Omo announced moments after his team's final game in 2001 that he was pulling the plug on one of his favorite hobbies. Omo said he just couldn't draw the attendance he'd hoped for despite reaching the playoffs every season. The IBA folded shortly after.

Omo was like a kid in a candy store with the Rimrockers. He passed away unexpectedly seven years after the league folded at age 62.

The Rimrockers' run spanned only three years, but what a ride.