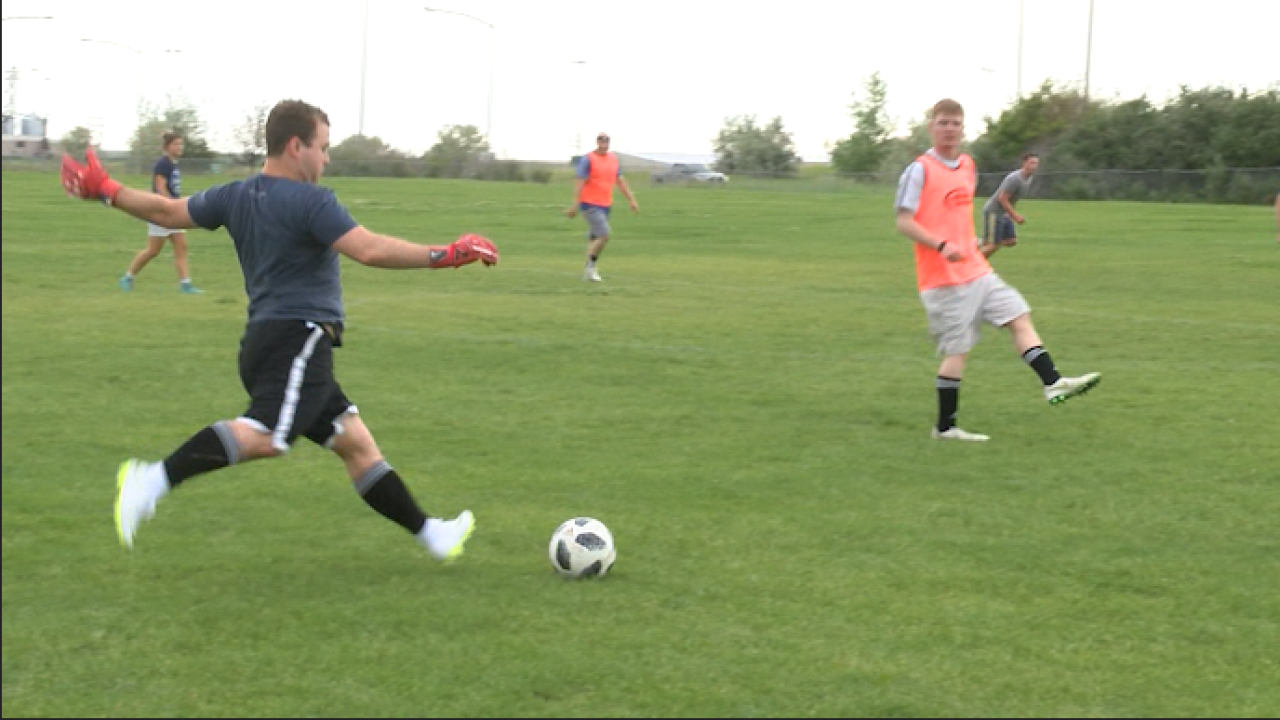 GREAT FALLS — As the calendar approaches July, adults in Great Falls looking to get some exercise and meet new people will have their chance on Sunday and Wednesday nights.

The Montana Rush adult soccer league had its annual kickoff meeting on Wednesday, and even during the coronavirus pandemic, nearly 20 people showed up to the first night.

Some years, the league is completely full. Other years, like 2020, not so much, but Ryan Buffington, who organizes referees for the youth portion of Montana Rush, said promotion of the league is mostly through word of mouth.

"We try to run a competitive and a recreational program. So there's always a handful of people that have played and, you know, still want to play kind of at a higher level," Buffington said. "But then there's the rec league for the people who some of them have never kicked the ball before. It just sounds like fun or their kid plays. And I thought it might be interesting to come out and run around and get some exercise. So that's, you know, typically we would try to run a league of both, you know, but it just depends on numbers."

Understandably, the coronavirus is part of the reason for fewer registrations this year, but Buffington said the league is working to minimize risk.

"We've got to follow the county health regulations as best as we can. I mean, it's kind of hard when you're playing a contact sport, but we'll sanitize before and after and try to distance on the sidelines," he said. "People can’t spit, which a lot of people do when they’re running around."

Buffington has been playing in the league for the past five years, and he encourages anyone who’s interested to come out.

"It's great for me. I mean, I've played my whole life. And it's good that I can still get out here and run around," Buffington said. "I mean, I'm not getting any younger, but it's fine. I can still hang with some of these young kids."

If you’re interested in playing, visit MontanaRushSoccer.com for more information.