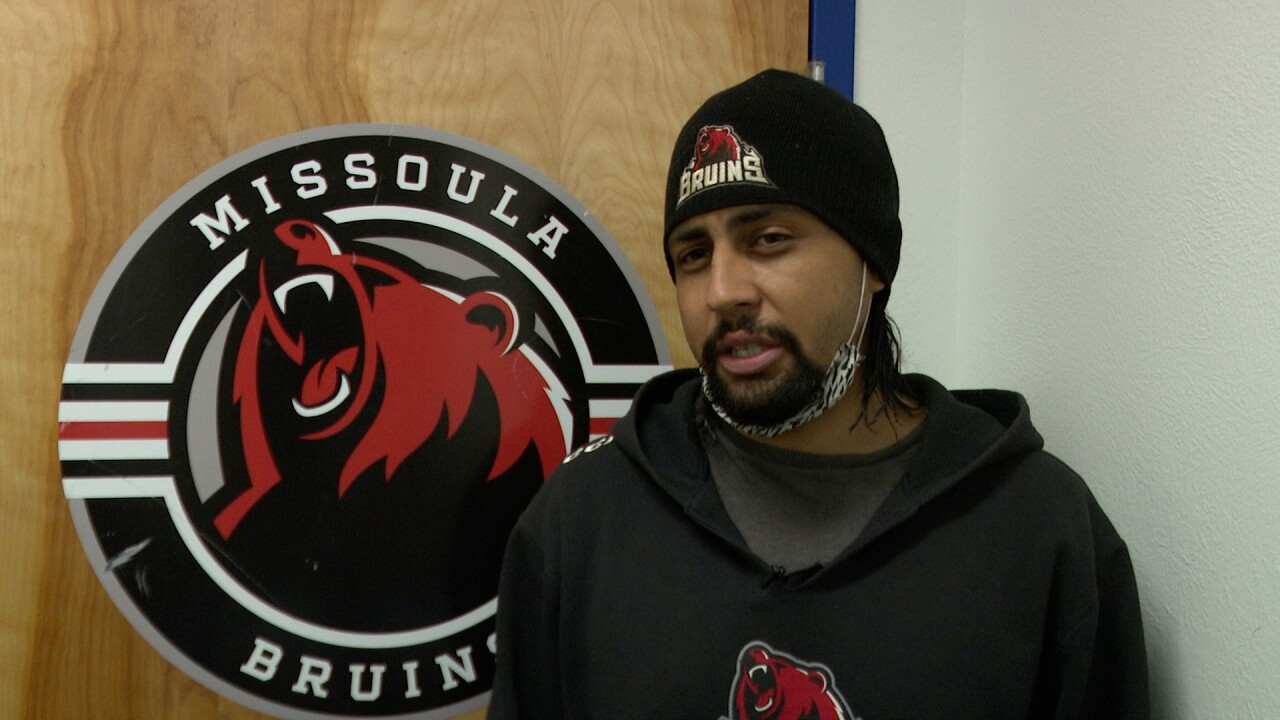 MISSOULA — In February the Missoula Junior Bruins had one of the most exciting announcements in the club's history.

Former NHL first-round pick Emerson Etem signed on to take over duties as head coach, and Etem couldn’t wait to put a great team of hockey out on the ice in Glacier Ice Arena.

Shortly after that, though, the pandemic hit, and plans for putting a team together had to be adjusted.

Etem faced countless offseason challenges due to the pandemic, but now the Bruins are focused on Etem’s debut behind the bench at Glacier.

A win for Etem’s debut won’t be an easy task. The Bruins have Frontier Division rival the Yellowstone Quake coming to the Zoo.

“One of those things where, with COVID, everything is kind of up in the air. We are just fortunate to know who we are set to play," Etem said. “We got Yellowstone back-to-back opening week. We can't discount anyone. We are going to come to play it, going to be a lot of tension. They are definitely a rival of ours. We just have to be ready to go.”

The new season comes during a pandemic, which brings changes to the fan experience at Glacier.

Limited seating to promote social distancing will start at 320 people. Groups of eight will be spaced out six feet apart throughout the rink.

Despite a reduced cap on attendance and other effects from the pandemic, Etem is just thankful to play.

“Some of these hotbed states aren’t able to play," he said. "We just got to say we are lucky and we got to follow the rules to continue playing."

Returning to the team this year will be Cayce Balk, Mi-Kwan Tallman and Zane Cluphf, who will be leaned on for their veteran experience.

In net, the tandem of Seth Daniels and Maxime Currie will man the pipes. The two make a formidable duo, according to their coach, who said they will be a strong point for the team this year.

Ian Mcintosh, Liam Bland and Pablo Franc are some new names Etem said to get used to hearing.

Etem said Mcintosh is a long-striding blueliner who manages the puck well. He also said the team will rely on forwards Bland and Franc to make plays for the team.

“I'm excited. We have a lot, we are building on from last year and some really good new players to even thrive more,” Etem said.

A couple of Missoulians will be on the roster this year, as well. Sam Miland is a tendy who has played lights out in the offseason, according to Etem.

Missoula native and defenseman Sam Skillestad played two games for the team last year and will put on the Bruins sweater once again this year.

Bransen Nelson is another Missoulian who Etem said played his way through the high school ranks in town.

Etem’s time in hokey includes time spent with the U.S. development program, including a trip to the world juniors.

He also put eight points up in the Stanley Cup playoffs as a member of the Anaheim Mighty Ducks.

The former Duck, Ranger, and King said the brand of hockey he puts on the ice will resemble some of the time he spent on the ice in some of the biggest stages.

“Our style for this season is limiting chip and chase, hot potato, just making plays,” Etem said. “How many times can we, whether its strong side or off the glass, off a D zone face-off, keep it away from their goalie on that dump? If we can just limit easy turnovers, maintain possession of the puck, extend possession, we are just going to be making plays. It’s going to be hard for the opposing team to handle.”

Etem also said that his play resembles an old coach he had.

“Bruce Boudreau, that’s a prime example of letting the players play," said Etem. "Bruce rarely had an offense system. He trusted his guys to make high-end confident offense plays. That’s what we are telling our guys to do.”

On the blue line, Etem said the Bruins will be aggressive, and on special teams he said creativity and being progressive will be focuses of the team.

Puck drop is at 7 p.m. Friday at Glacier Ice Rink in Missoula.