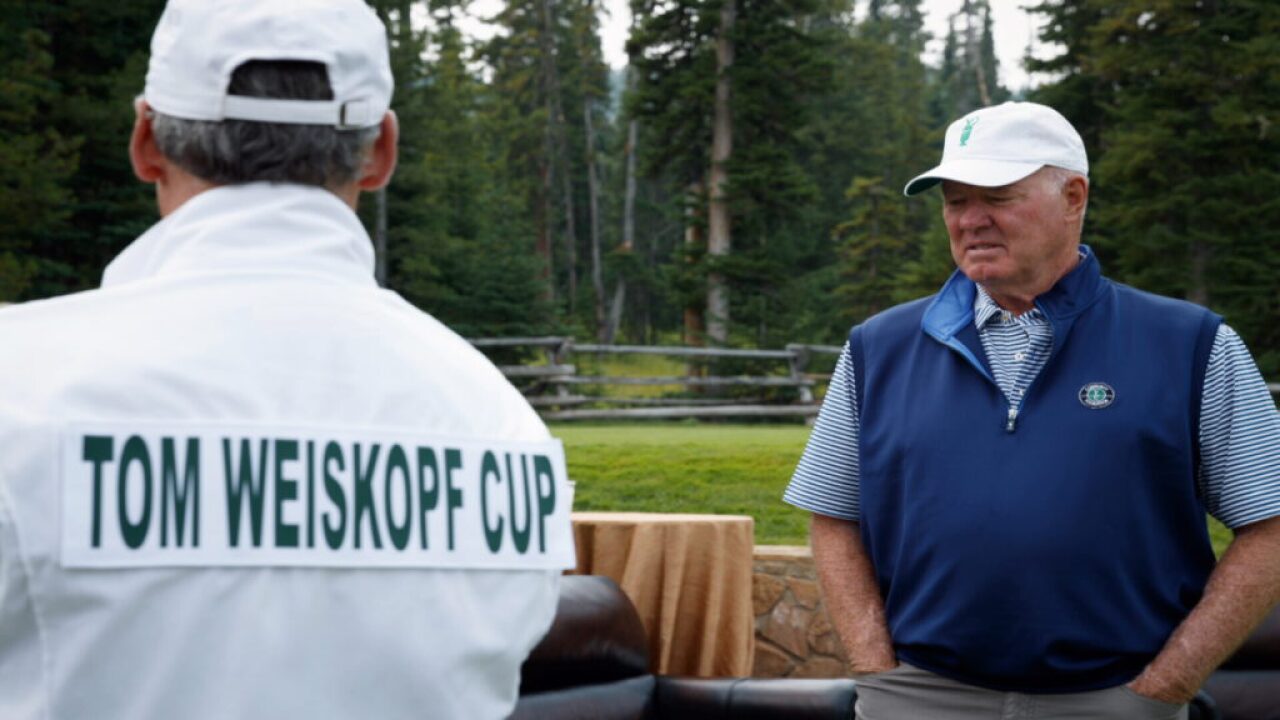 “I did a lot of big-game hunting early on in my life,” said the 16-time PGA Tour winner. “I hunted out by Red Lodge and the Pryor Mountains, out in that area. I fished the Yellowstone, fly-fished, and the Missouri.”

So when the longtime Tour star left his playing days to get into golf course design, he couldn’t refuse a call from the Treasure State.

So great that after Weiskopf designed the Yellowstone Club, he decided to stay. It’s where he’s called home for the past 20 years, which might seem strange for a golfer considering the season lasts about four months between snow, but he likes that season, too.

“January 2nd, 2000 was a big day for me – I quit drinking and have succeeded in that, and I learned how to ski,” Weiskopf said. “Warren Miller got me started skiing. I got to know him quite often during ski season, because I was very much into skiing, and Warren was very helpful picking out certain instructors to help me and little tips. Of course, he was a phenomenal storyteller.”

That’s something the two had in common. Any golfer could listen to Weiskopf talk for days about his time on the Tour – his four runner-up finishes at The Masters, part of 11 Top-4 finishes in majors in the 1970’s. But it never discouraged him.

“I spent a lot of time hitting balls for hours out there and had great help. You don’t do it alone. You need help. I had some great instructors and guys that really mentored me and showed me how to get better.”

After 20 years, Weiskopf traded in his clubs for a drafting table not knowing if design was for him. But he found out pretty quickly.

“Oddly enough, that course won the Best New Private Course in the country, and I was off and running – I never went back to playing,” said Weiskopf. “It’s art on the ground. You just try to make best you can of that particular site.”

And for those aspiring designers out there, this is what Weiskopf looks for.

Montana has plenty of all three features, which is what keeps Weiskopf’s eye here. As for what keeps the the rest of him here?

“I’ve always liked the outdoors,” he smiled. “I hunted big game for 25 years all over the world, but I’m a bird hunter now. I love to chase birds behind our dog. I love fly-fishing – always have, always will. I love Montana.”