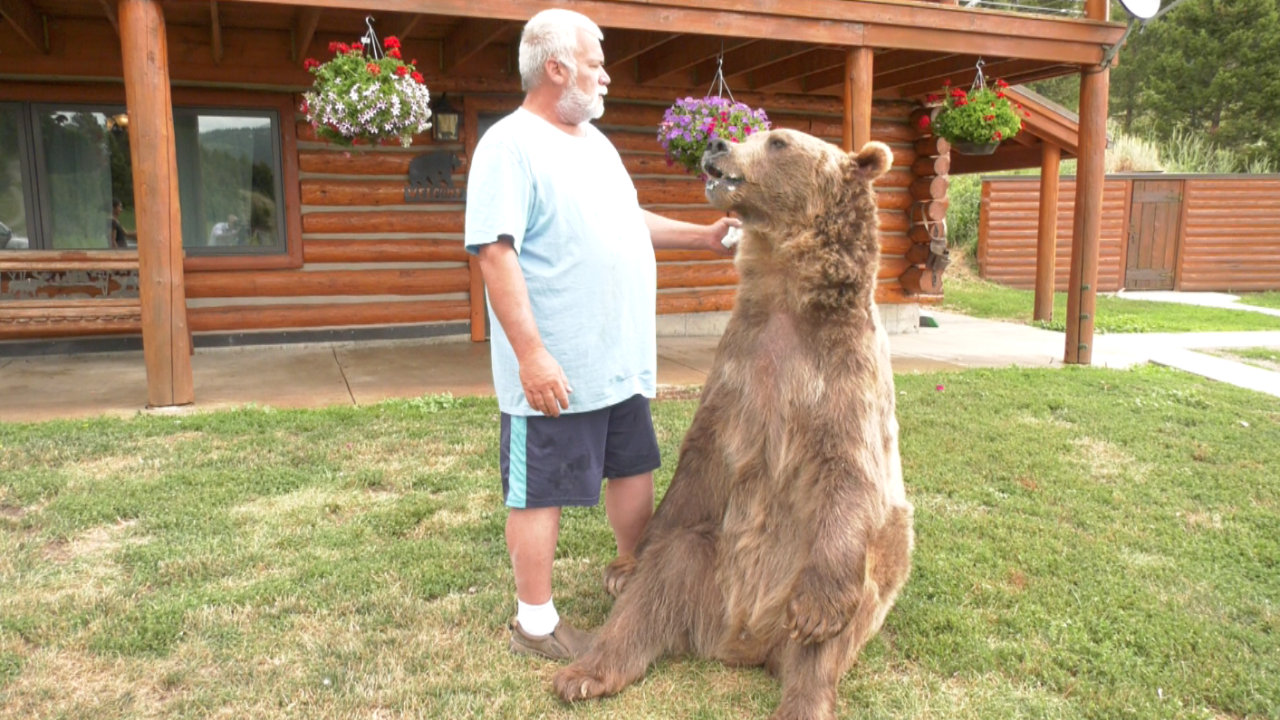 BOZEMAN -- Tucked away in the Bridger Mountains, one of the most famous faces in Montana auto racing is enjoying his retirement.

But he's no ordinary athlete.

Adam, a full-grown grizzly bear, is the face of the Lucas Oil American Sprint Car Series' race, the Grizzly Nationals, hosted at the Gallatin Speedway in Belgrade. He presents the trophy to the race's winners, by hopping up on the front of their car and widening his mouth for a picturesque shot.

“I started training him since he was six months old and so he has done a lot of movies. He’s probably done 30 movies to his credit," said Troy Hyde, the owner of Animals of Montana. "Discovery (Channel), Animal Planet, (National) Geographic. He’s been in a lot of things.”

Animals of Montana, which has been in existence for more than 30 years, is a full-service wildlife-casting agency, training everything from bears to mountain lions to wolves.

When people meet Adam at the track, they mainly see him in his truck in a cage, but it couldn't be further from the real representation of his life. At Animals of Montana, Adam’s home, he is free to roam on the ranch just like the average house pet.

“He’s almost a human part of the family. He sits at the table, he eats dinner with us, we usually cook him a big, old pot of spaghetti," said Hyde.

Adam has spent 19 years in show business and about six of those in the sports world at the Grizzly Nationals. Adam is stepping away from racing, but what does retirement look like for a bear?

He loves to walk inside the wood cabin at the ranch, where they have air conditioning, he lays in the front yard eating dandelion flowers and marshmallows, and when it's hot out, he heads down the road to swim in Brackett Creek.

Needless to say, retirement for Adam is going to be pretty enjoyable. And for racing fans, just because he won't be at the Grizzly Nationals next summer, Animals of Montana says they are working to get another bear to take his place.