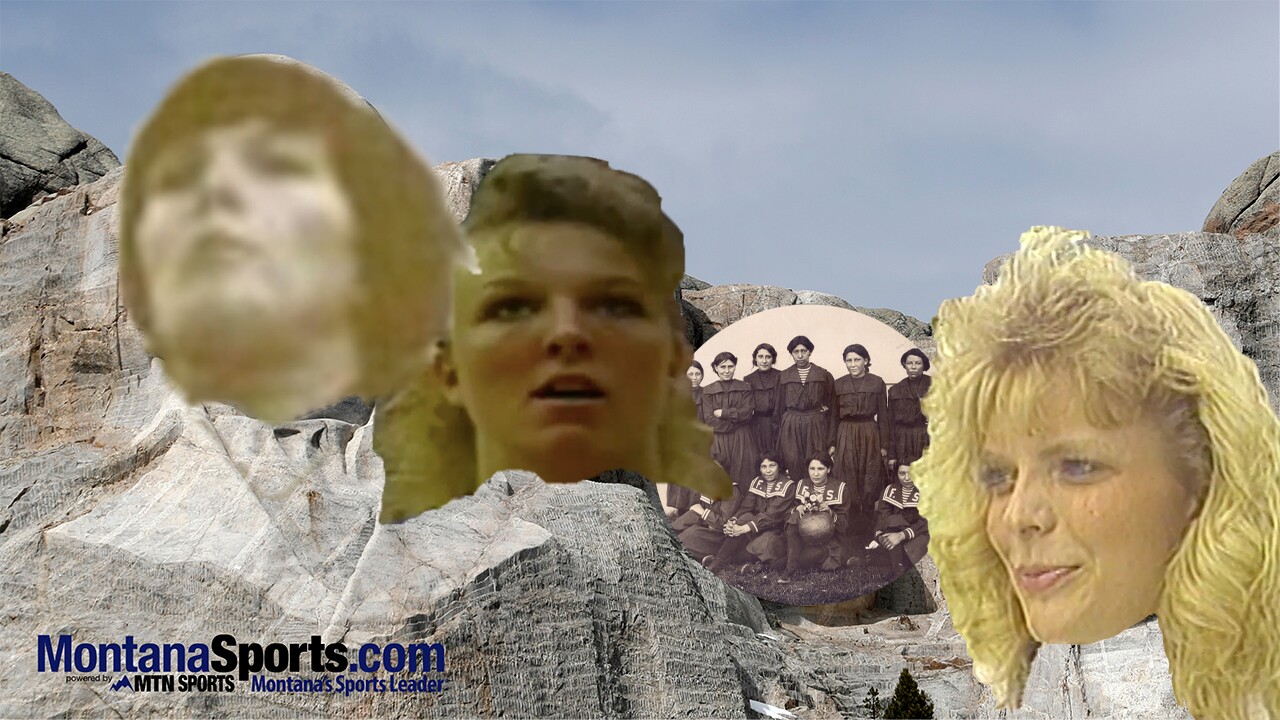 After voting Shannon (Cate) Schweyen onto the female Mount Rushmore of Montana sports last week, users showed up in droves last week to cast their ballots for the other three places on the mountain.

The second round of voting added Deb Prevost, Cass Bauer-Bilodeau and the 1904 Fort Shaw Indian School girls basketball team alongside Schweyen on the female Mount Rushmore of Montana sports.

Prevost and Bauer-Bilodeau each racked up more than 1,100 votes as more than 8,500 users checked out the poll last week. The Fort Shaw girls basketball team tied with Kari Swenson last week but earned its iconic place by winning the tiebreaker during the first week of voting. Erin Popovich and Jill Barta also had strong support, but both finished just outside the top five of the voting.

Schweyen's resume is nearly common knowledge among Montana sports fans by now. After helping Billings Central to back-to-back Class A state volleyball championships in the 1980s and three consecutive State A girls basketball titles, Schweyen had a magnificent basketball career with the Montana Lady Griz. She was a three-time all-conference selection, two-time MVP and Kodak all-American at UM, and left the program as the Big Sky Conference leader in career points (2,172) and rebounds (878). Schweyen is widely recognized as the best female athlete in Big Sky Conference history and one of the best athletes -- male or female -- in Treasure State history.

Prevost is one of Montana's basketball trailblazers. The Sidney native played only one year of high school basketball, as the Montana High School Association didn't sanction the sport until 1972. Prevost averaged more than 21 points per game during that one season and then went on to have an all-American career at Eastern Montana College (now Montana State University Billings). After scoring more than 1,500 career points with the Yellowjackets, Prevost played in the Women's Professional Basketball League in the late 1970s and early 1980s.

Bauer-Bilodeau had arguably the best professional basketball career of any female player in Montana history. From Hysham, Bauer-Bilodeau became a three-time all-conference player and two-time honorable mention Kodak all-American at Montana State before her solid pro career. She started in the American Basketball League, where she won an ABL title and set the league’s career free throw percentage record (87 percent), and then played 94 games in four seasons in the WNBA.

Though the MHSA didn't sanction girls basketball until the 1970s, girls in Montana had long proven to be standout athletes. The 1904 Fort Indian School girls basketball team was one of the first to showcase its talents on the world stage, becoming the world champion by defeating teams from around the globe at the St. Louis World Fair. The team, coached by Frederick C. Campbell, had seven original players ranging in age from 15 to 17.