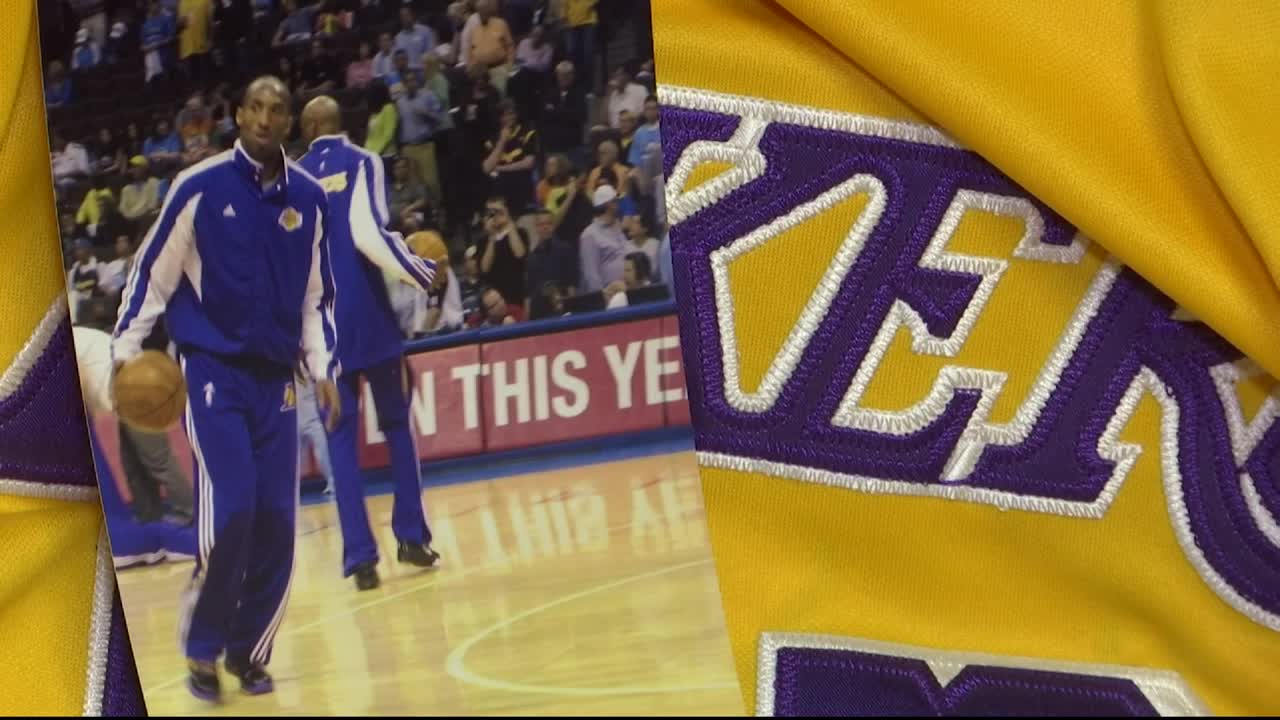 As the sports world continues to share its favorite Kobe Bryant moments, MTN's Scott Breen recalls his encounter with the NBA legend that led to an unforgettable press conference. 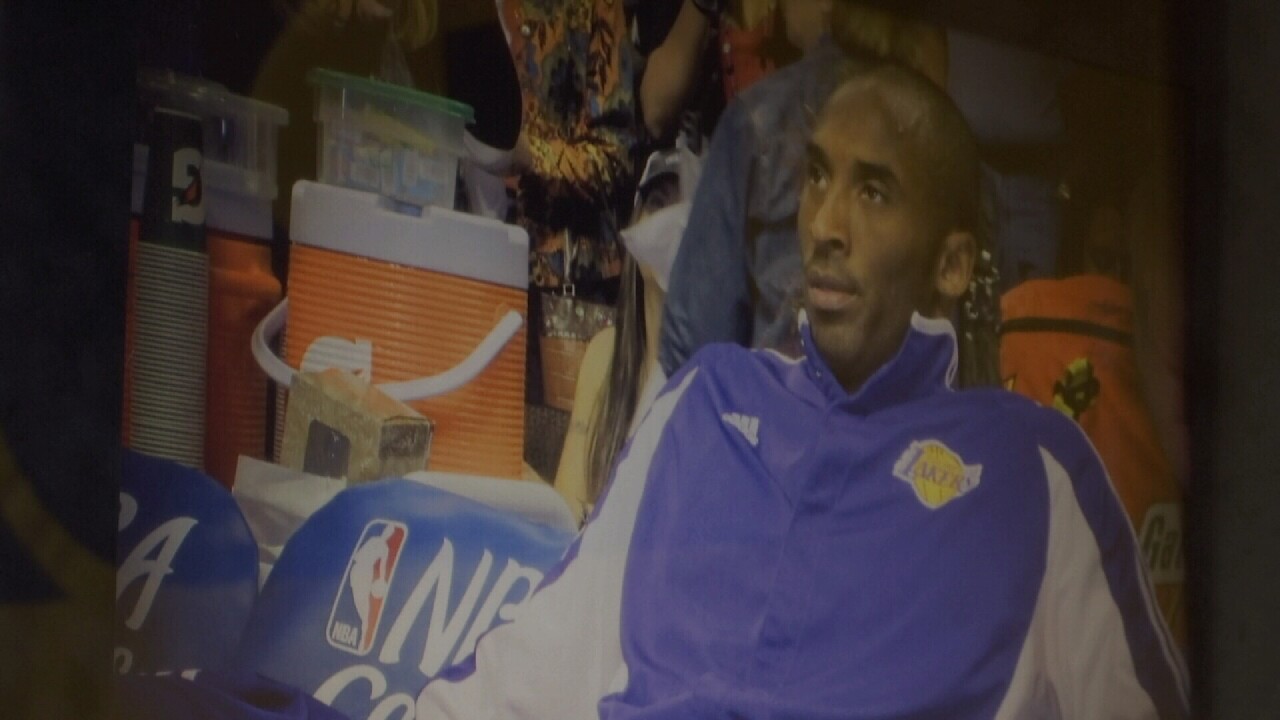 As conversations everywhere still center on the tragic death of Kobe Bryant, his daughter and seven others, people are recalling their favorite Kobe memories.

Those of you kind enough to watch our nightly Q2 sportscasts know we don't cover many national stories. Our responsibility is showcasing your local features from one corner of Montana to another -- stories you can't get from ESPN, Sports Illustrated, etc.

That said, first and foremost I'm a fan. That's why I do this for a living. It's a front-row seat to the unforgettable -- and sometimes the forgettable.

I grew up here in Montana a die-hard Lakers fan in the 1980s. The NBA Finals always fell on, or around, my birthday. When the Lakers lost, I'd be so mad I'd cry and shoot baskets in the driveway for hours -- sometimes in the dark.

It was a monumental moment in my sports life. It was merely a micro-moment in his. But once again, Kobe delivered.

First, you need to know small-market TV stations can't just show up and cover NBA, NFL or any professional events just because we work as reporters. Teams demand a legitimate reason for you to be there, and even then they'll often turn you down.

Eleven years ago in May of 2009 and working here at Q2 in Billings, I not only had one legit reason, I felt I had four to cover not just the playoffs, but the Western Conference Finals between my Lakers and the Denver Nuggets: Phil Jackson, a Bigfork resident coaching L.A.; Adam Morrison, born in Glendive and playing for the Lakers; George Karl, head coach of the Nuggets, who earned his start here in Montana coaching Great Falls in the Continental Basketball Association; and then there was the Voice of the Nuggets, Jerry Schemmel, who wanted to try his hand at baseball play-by-play and had recently spent a summer as the Voice of the Billings Mustangs.

I filled out the online credential request and hit send, knowing full well there was no way the Nuggets would approve me, because, again, the Western Conference Finals and the Lakers were way too hot of a ticket for both fans and media requests.

I had court-side credentials and locker room passes for both teams. Game 3 of the Western Conference Finals. Sunday night, prime time on ABC.

Aside from shooting video, I took pregame pictures with my tiny 35 millimeter camera. I was thisclose.

Schemmel, Karl and Jackson all granted me pregame one-one-one time. Each was great and truly seemed to enjoy reminiscing about Montana instead of being peppered with questions about the night's game, the injury report or who shoulders the loss. Morrison was there but not available.

On assignment in the media, you're not allowed to cheer, can't clap, can't really show any emotion. Security will take your credential and escort you out.

The Lakers trailed pretty much all night. They were down 13 in the fourth quarter. I was resumed to the fact that, 'Hey, at least I had a chance to check off my bucket list covering a Conference Finals game in person, with some cool interviews.'

Then the Lakers flipped that switched, wiped out a 13-point deficit and rallied to win. Kobe scored 41 points.

In the final minute, he's on the free throw line. It's a critical moment, tight score and almost 20,000 Nuggets fans in unison, as loud as you can imagine, chanted, 'Ko-be sucks! Ko-be sucks!' It was loud enough to hear on the ABC telecast. Kobe hit the free throws. The Lakers won 103-97 and afterward, he shows up to the media conference.

Here's how this works: Not everybody gets to ask a question. There's a moderator in the room, reporters raise their hands, the moderator chooses one at a time. All the Denver media is there, all the L..A. media, the networks, ESPN, Sports Illustrated. And me -- Scott Breen from Billings, Montana.

I raise my hand. Other reporters are all enquiring about games stats and the mentality moving forward. Next thing I know, I'm called to ask the third question (he only fielded about 10). This postgame conference was being broadcast live on ESPN. Reporters identify themselves, the media outlet they work for, and ask away.

"Kobe, you're on the line, final minute, one-point game. Eighteen to 20,000 fans are trying to chant insults your way. Do you hear that and if so, does it lead you to feel like you are automatic (at the line)?"

Kobe doesn't hesitate: "It really helped me, to be honest with you. No, I swear to you. I couldn't feel my legs one bit. Not at all. And when they started chanting that it just reminded me of what we were playing for and where we were playing. Just kind of, you've got to man up and put these in the hole."

What I feared to be the dumb question leading to my escort out ended up the premise and lead sentences on the front page of the next morning's Denver Post sports section.

Kobe and the Lakers went on to beat the Nuggets in six games. Then they beat Orlando for the NBA World Championship, and Kobe was named Finals MVP. The Lakers repeated a year later against Ray Allen, Kevin Garnett, Paul Pierce and the Boston Celtics. It's the last time they won an NBA title.

I kept the the article and I'll never forget the memory. That's my Kobe moment.