Third straight game with a TD 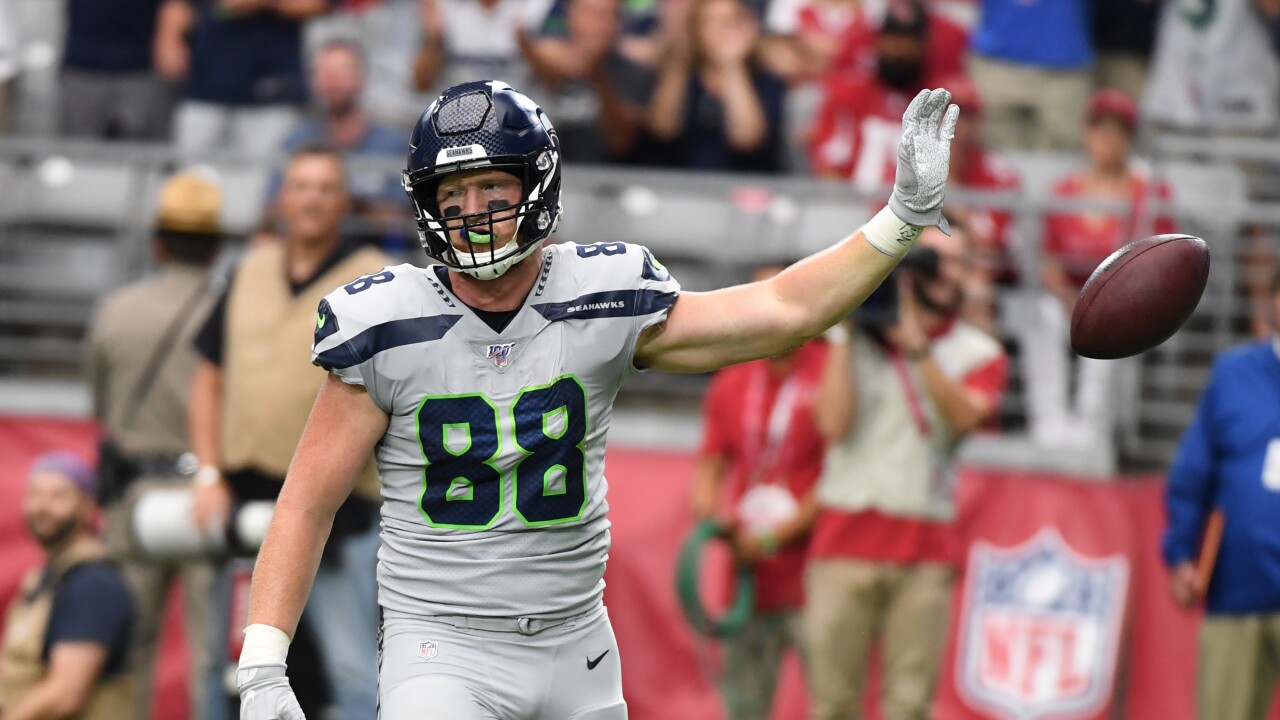 Norm Hall/Getty Images
GLENDALE, ARIZONA - SEPTEMBER 29: Will Dissly #88 of the Seattle Seahawks throws the ball after making a reception during the second half of a game against the Arizona Cardinals at State Farm Stadium on September 29, 2019 in Glendale, Arizona. Seahawks won 27-10. (Photo by Norm Hall/Getty Images)

GLENDALE, Ariz. -- One year ago, Will Dissly left State Farm Stadium with a torn patellar tendon, an injury that would sideline the Seattle Seahawks' fourth-round draft pick for the remainder of the 2018 season.

Sunday, the Bozeman native returned to State Farm Stadium and left with a touchdown in his third straight game, as his Seahawks defeated the Arizona Cardinals 27-10 in an NFC West contest.

Dissly hauled in a 9-yard touchdown reception in the second quarter, boosting the Seattle lead to 17-3. He finished the game with a team-high seven receptions for 57 yards, including a long of 17 yards in the win. For the season, Dissly has totaled 19 receptions for 181 ayrds, good for a 9.5-yard average, with four touchdowns.

.@Seahawks TE @Will_Diss making a case for @NFL Comeback Player of the Year. Fourth in the NFL with 19 receptions among tight ends and leads the team with a career-high four touchdowns. #GoHawks pic.twitter.com/QpTYHmczhP

It was the third straight game Dissly has found the end zone for the Seahawks, who saw beyond the blocking potential of the former Montana Gatorade football player of the year. Dissly caught two touchdown passes from Seahawks' quarterback Russell Wilson, receptions of 14 and 12 yards, in a Sept. 15 win over the Pittsburgh Steelers, then added a 4-yard touchdown catch during last Sunday's 33-27 loss to the New Orleans Saints.

Dissly and the Seahawks (3-1) host the NFC West rival Los Angeles Rams (3-1) in a Thursday Night Football matchup on Fox. Kickoff is scheduled for 6:20 p.m. (MDT).