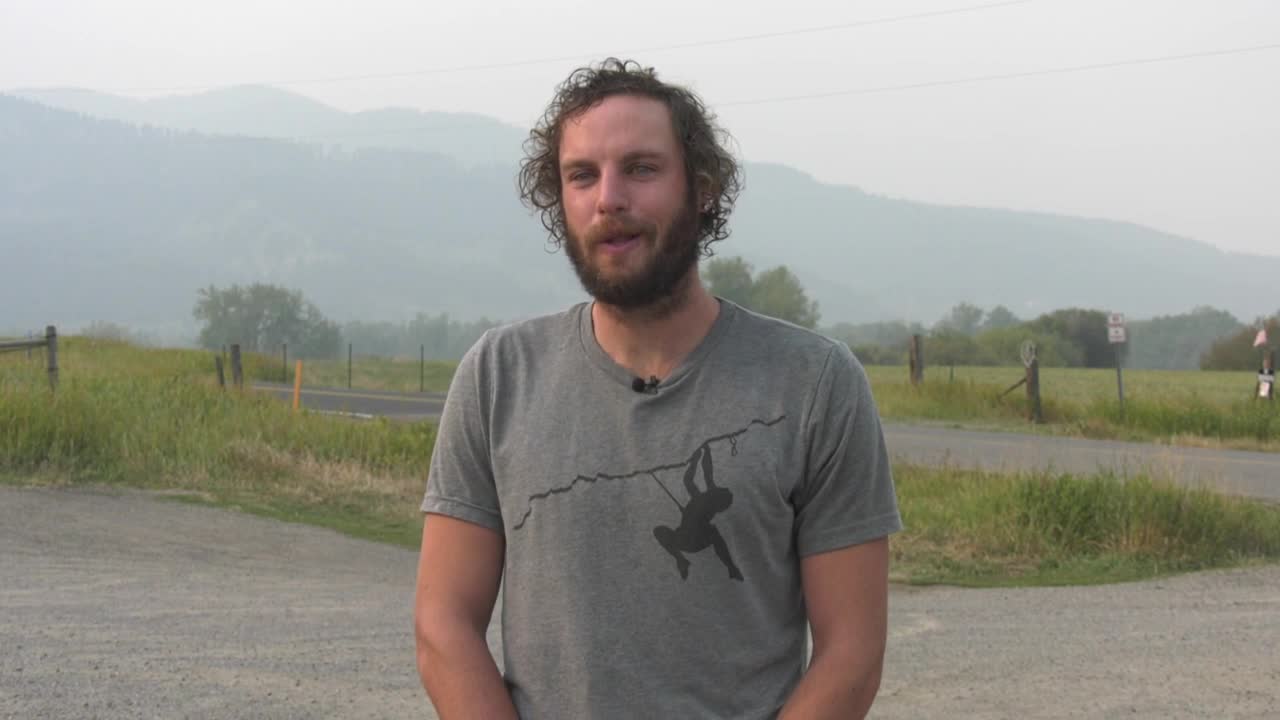 BOZEMAN — Some people enjoy hiking in their free time by doing a few miles here and a few miles there, but one Bozeman resident broke the Colorado Trail record hiking more than 50 miles a day.

Garmire hiked 500 miles on the Colorado Trail starting in late August and finishing in early September, with no help, carrying more than 30 pounds of food and gear on his way to shattering the trail record.

“I decided I would hike the entire Colorado Trail carrying all the food and gear that I would need for 500 miles," he said. "I had eight and a half days of food and I planned to hike 50 miles per day and complete the whole thing without going into a single town or even using a water spigot. I just used streams to get water and ate only the food I was carrying and had a little tarp that kind of worked as a shelter and a sleeping bag, and I successfully completed the trail in 9 days, 8 hours and 18 minutes. That’s like 51 or 52 miles a day. The previous record was 9 days, 12 hours, so I broke it by a little over 4 hours.”

He had to endure numerous obstacles, such as hiking at an average elevation higher than 10,000 feet, tired knees, blisters on his feet, rain, snow, fog and, worst of all, sleep deprivation.

“I was so sleep deprived I had hallucinations like walking stumps, trees with eyes and people peering at me through binoculars," said Garmire. "It was like just setting out on my own personal journey and being on it for nine days. (Doing) this unsupported was something I had never done before, so it was, I wonder if I could ever carry and mentally survive nine days on my own, so this was just something totally new that had obstacles I couldn’t really imagine."

On the last day, he ran out of food, which is something he had planned on.

“I had planned to run out of food, but it turned out the last 24 hours I completed 50 miles without a single calorie," Garmire said. "It was a lesson in both mental toughness and physical exertion and just deciding how much I wanted to get that record.”

“Every couple of hours there’d be 30 minutes of, 'Man, I’m hungry,' and I’d try to drink extra water and push through," he said. "And then you’d get like an hour and half where it’s not on my mind, and it would come back a little stronger, but made it through the end, and my girlfriend had a bucket of fried chicken -- so it was a perfect thing to eat after not having food for a while.”

To be able to accomplish this feat was to show something for an almost-lost year due to COVID-19. Garmire had a few other records in mind that he wanted to break in 2020.

“It was pretty cool to have something to show for the year and also something I had wanted to do for a while in a way I had never done something," he said. "So it was rewarding, especially a couple days later just to think back and think, 'Wow, I salvaged the year and was successful.'”

This isn’t the last you have heard from Garmire, either. He plans to participate in one of the world's hardest races come March.

“The Barkley Marathon is often called the toughest ultra-marathon on earth, only 15 people have finished in 40 years," he said. "That’s the next big goal, is something that 99 percent of people fail at, so obviously I want to give it a shot.”