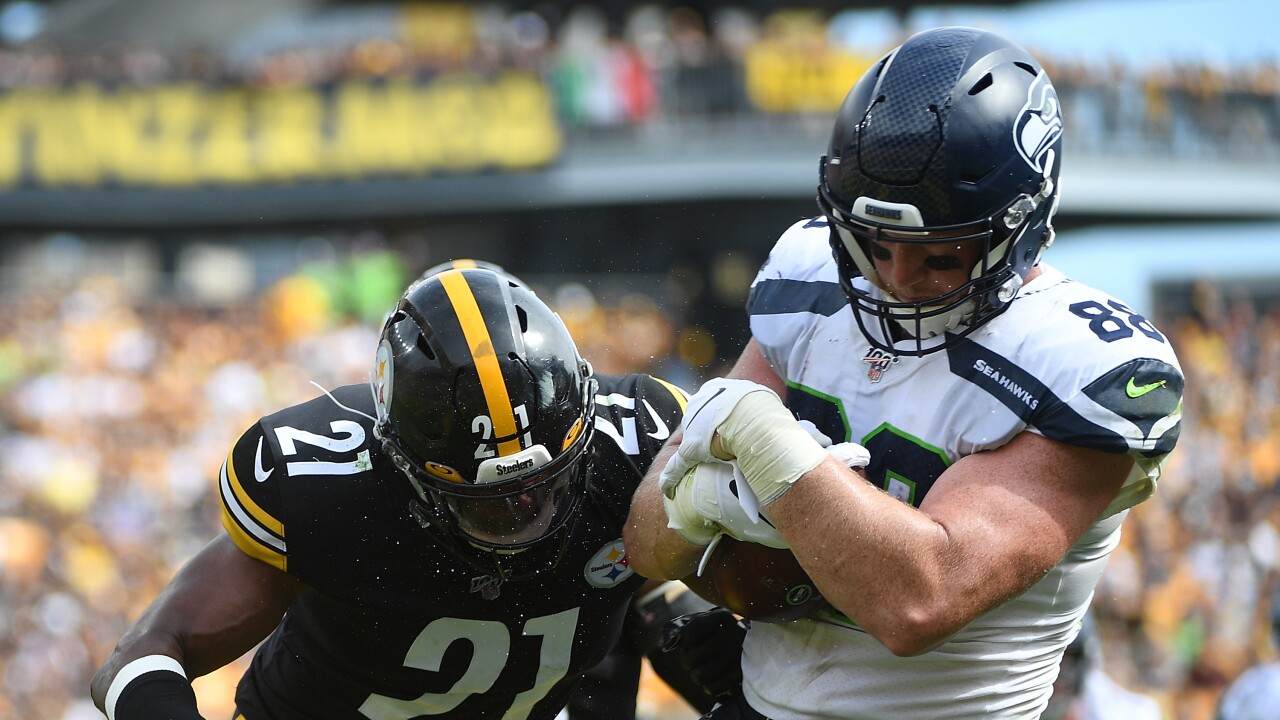 Justin Berl/Getty Images
Will Dissly (88) of the Seattle Seahawks makes a catch for a 12-yard touchdown reception as Sean Davis (21) of the Pittsburgh Steelers defends in the third quarter during the game at Heinz Field on Sept. 15, 2019 in Pittsburgh, Pa.

Dissly scored Seattle's first touchdown with 8:40 to play in the second quarter on a 14-yard touchdown pass from Wilson that tied the game at 7-7. Dissly then gave the Seahawks a 14-10 lead with a 12-yard TD catch with 9:49 left in the third quarter. He finished with five catches for 50 yards.

The University of Washington product started strong in his rookie year in 2018, catching eight passes for 156 yards and two touchdowns before suffering a season-ending knee injury in Seattle's fourth game on Sept. 30.