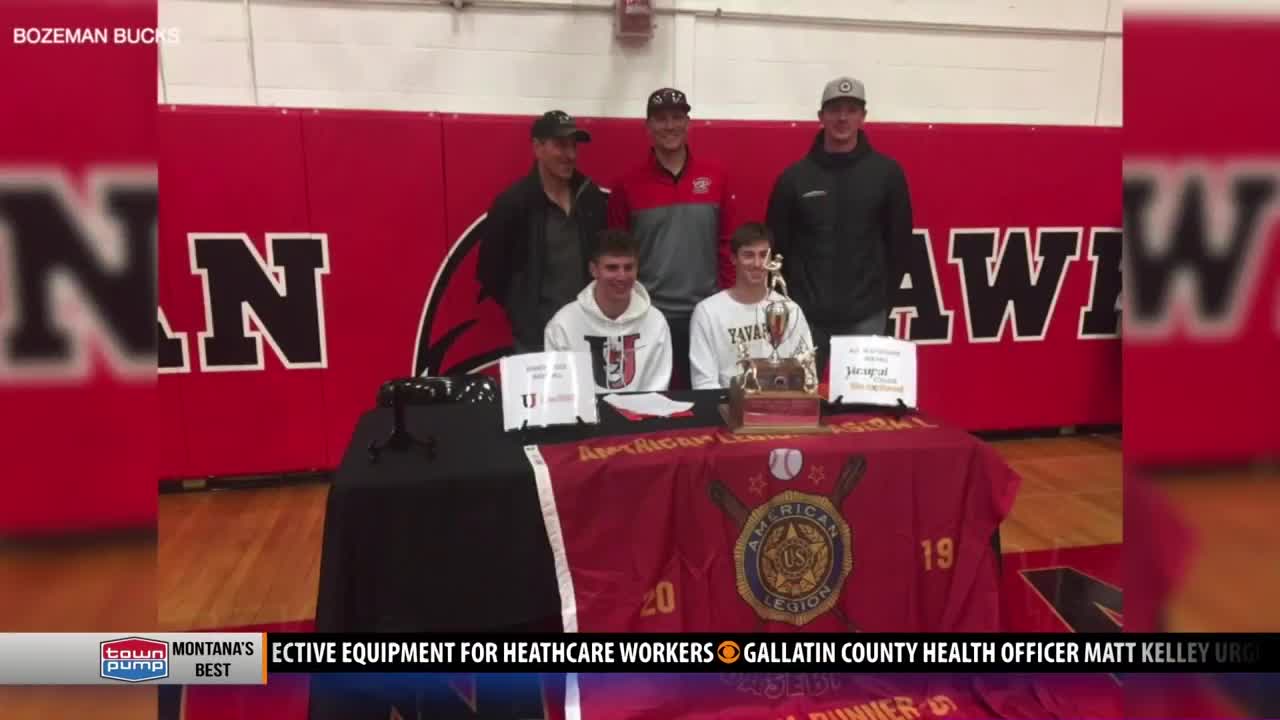 BOZEMAN — It's been more than six months since the Bozeman Bucks American Legion Baseball team won the Class AA state tournament, but the sky-high feeling hasn't gone away.

“It was a dream come true, to be honest," said Bucks head coach Garrett Schultz. "It was a fun season and, really, it was one of those seasons where everything built and culminated when you want it to.”

When one thing comes to mind about their championship run, it’s the spark then-senior center fielder Kelher Murfitt provided to the team in the state tournament. He was able to get on base almost 70 percent of his at-bats.

“Every single game he was on base that first at-bat," Schultz said. "He just got the momentum going over and over and over. I think that was big spark.”

What Schultz and his staff have done well is develop players to move on to the college level. As of this week, 10 players from last year's team have either gone on to or have signed to play baseball at the college level.

“We’re happy that we can help promote them and hopefully we’re teaching them the right things and helping them develop," said Schultz.

With what is certain to be a shortened season at the least, it doesn’t sound like it will make too big of an impact on a players' chances to play college ball.

“I still think we’ll be able to promote kids to go play in college,” Schultz said.

As of right now, Schultz is still hanging on to a chance there will be a season even though the American Legion has canceled the regional tournaments and World Series.

“Whenever we get the green light we’re going to get creative," said Schultz. "If we have to move around schedules to make it work and accommodate the conference schedule and state tournament, we’re going to do it."

After all, who doesn’t want a shot at repeating a state tournament win?

“That’s what’s fun about playing in Montana, there's some really good competition and we just want a chance to go out and play,” said Schultz.