Bofinger: What Kobe meant to my generation and me 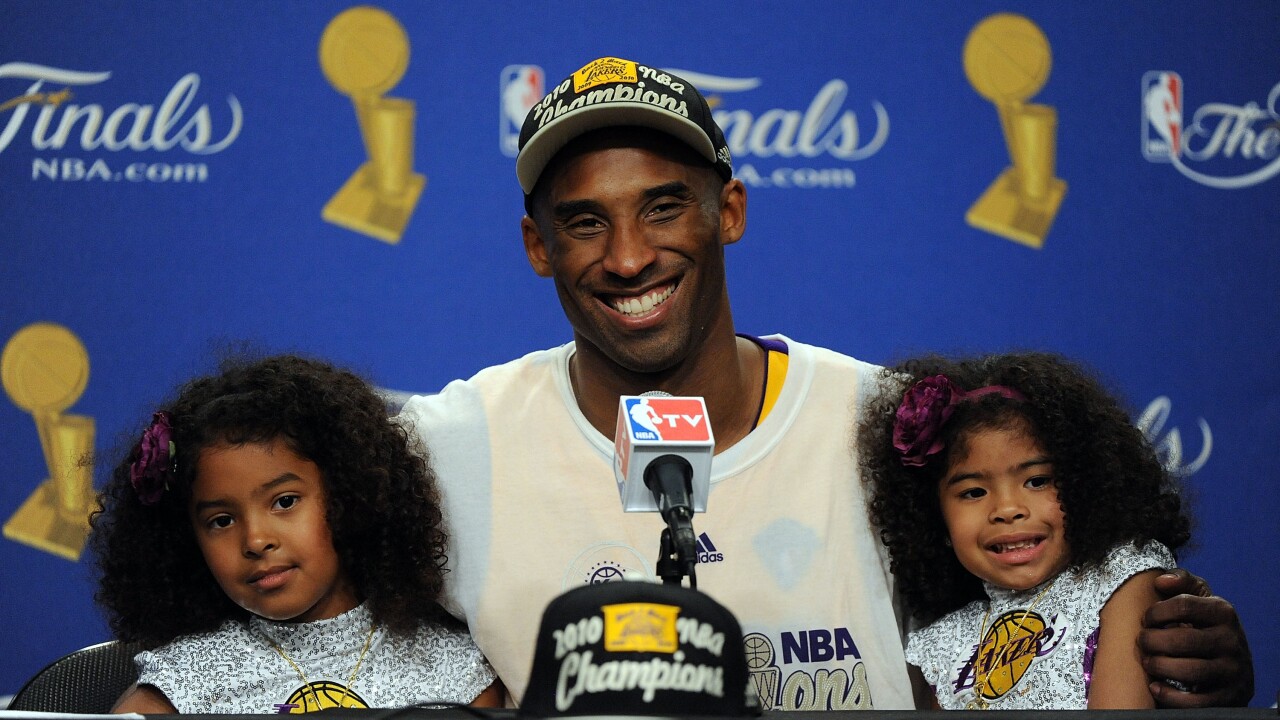 Lisa Blumenfeld/Getty Images
LOS ANGELES, CA - JUNE 17: Kobe Bryant of the Los Angeles Lakers speaks during the post-game news conference with daughters Natalia and Gianna Bryant as he celebrates after the Lakers defeated the Boston Celtics 83-79 in Game 7 of the 2010 NBA Finals at Staples Center on June 17, 2010 in Los Angeles, California.

It’s been multiple days and it still doesn’t feel real.

Sunday was a dark day, as a helicopter crash in Calabasas, Calif., claimed the lives of Kobe Bryant, his daughter Gianna, and seven others. Just like that, my childhood hero and idol was gone.

In the past few days, I’ve shed numerous tears. I’ve watched countless highlights of my favorite basketball player, still unable to process what has happened. Kobe Bryant opened my eyes to the game of basketball as a young kid and he had a profound impact on my life, as well as several other athletes in my generation.

I never thought I’d be so emotional over the loss of someone I’d never met.

Let’s go back to where it began. It was Game 7 of the 2000 Western Conference Finals, and the Los Angeles Lakers were playing the Portland Trail Blazers at home. Kobe was just 21 years old at the time, but he already had that killer instinct that we came to know as the "Mamba Mentality." I was a young, impressionable kid watching sports on television, and Kobe captured my attention instantly.

The way he moved, his fade-away jumper, it all is still so clear in my mind. And then the first real highlight of Kobe that I can remember watching unfolded in front of my eyes – he crossed over future Hall of Famer Scottie Pippen before throwing an alley-oop to Shaquille O'Neal, which Shaq hammered home before running down court with his fingers pointed in the air.

That play propelled the Lakers past Portland and into the NBA Finals, where the Lakers would beat the Indiana Pacers in six games. It was the first of five NBA championships for Kobe, who eventually etched his name as one of the sport’s greatest of all-time, and the beginning of a lifetime of fandom.

Growing up outside of small-town Broadview, Montana, my chances to play basketball with others were isolated. During my time as a child, any time the Lakers were on TV I was glued to it. I would sprint out to my 12x15-foot slab of concrete at halftime and game’s end to mimic his moves – his fade-aways, pull-ups, his free throw routine. If there was snow on the ground, I would go in my bedroom and practice those very same moves on a Nerf hoop. I would count down from three and jack up a shot before time expired while yelling "KOBE!" My appetite for anything Kobe Bryant was insatiable, and my obsession for the sport was born.

As I began to grow older, Kobe’s legend grew larger. During school, my classmates and I would ball up pieces of paper to throw at the garbage as we yelled, "KOBE!" expecting the piece of paper to drop into the trash as beautifully as Kobe’s shot would splash through the net. This was something that was universal among kids my age.

Kobe had been charged with sexual assault in Eagle, Colorado. At just 10 years old, I wasn’t able to comprehend the weight of the allegations. It turned fans against him. Eventually the charges were dropped, and Kobe worked his tail off to improve his public image. Shaq and Kobe had an unceremonious split. Kobe was deemed a ball hog. He received so much hate, yet was able to block it out. All the time, the dedication to his craft remained the same.

By the time I was entering high school, I truly began to appreciate how Kobe approached the game. He had the most complete offensive game of anybody in the league, and it was because of his tireless work ethic and preparation. Kobe was never afraid to take the last shot, in fact he salivated at the opportunity. He had the ultimate confidence in his preparation. The Mamba Mentality, being passionate and giving it everything you have, setting lofty standards, was something I wanted to embrace.

There are the career highlights that stand out. His 81-point game against the Raptors in 2006. Scoring 60 points in just three quarters. He poured in 50-plus points in four consecutive games. Countless buzzer beaters and game winners. He represented Team USA and came away with Olympic gold. The "Kobe face," where his lower lip would protrude in an underbite to match his scowl that could burn through your soul. The competitiveness he played each possession with rubbed off, and that’s how I wanted to approach every aspect of playing the game. I wanted my play to reflect how passionate I was about the game of basketball, just like Kobe’s play did.

At times growing up, I was donned head-to-toe in Kobe gear. I bought his shoes, his shirts, his shorts, his jerseys. Heck, I still buy his clothes to this day.

Kobe was as close to religion as you could find in basketball. During my college years, there were numerous nights where my friends and I would debate for hours where Kobe stood among the all-time greats. He's the closest thing we've seen to Michael Jordan. Their moves, their competitiveness, their desire to rip your heart out, whatever it would take to win a game.

I've developed life-long friendships stemming from our mutual adoration of Kobe, his accomplishments and approach to the game of basketball.

He was just as inspirational in his life after basketball. He dedicated himself to the art of storytelling, and the man won an Oscar. He embraced the role of fatherhood, immersing himself in the development of Gianna and her hoops dream.

I shared the same passion for Kobe and the game of basketball as friend and 2007 Broadview graduate Kyle Erickson. Erickson went on to play basketball at Montana Western, where he eventually became an all-American. He’s now in his second season as the assistant women’s basketball coach at Division III Pacific University in Forest Grove, Ore. I asked him to share some thoughts on what Kobe has meant to him through his basketball career, both as a player and a coach.

“For me I fell in love with basketball before 1996 when I was 5 or 6. But watching Kobe play created an obsession for basketball," Erickson said. "The way he played, the way he competed, the self-confidence. Ever since then I’ve idolized him and wanted to be Kobe.

“What I’ve taken away from following and idolizing Kobe is to find your passion and give it everything you have. Kobe set impossible goals and didn’t achieve a lot of them but knew he did everything he could. It’s about the process. If you have a plan and work as hard as you can, more often than not you will be satisfied with the end result. Even if it isn’t the exact goal you set."

Erickson's final two years of high school basketball didn't quite go as planned. He missed significant portions of both seasons due to separate injuries, yet Western still saw the oozing potential and will to better himself. He blossomed at Western when he began to embrace the process.

“As a player I was passionate. I loved the game," Erickson continued. "I did whatever I could to help teams win, and I played super hard. That I learned from Kobe. I didn’t understand the process to being the best player I could be, at least not like Kobe approached it and (like) many players after Kobe now approach the game. In my professional career as a coach now, I’m glad I understand Kobe and his Mamba Mentality. I now understand it is about being passionate, not putting limitations on yourself, taking joy in the process and giving it your absolute best. I personally will forever love the game and Kobe isn’t the sole reason for that, but he is a huge reason for that.

“Post-career Kobe made me appreciate him that much more. What better ambassador for the game of basketball? Especially as a women’s coach, I appreciated him using his voice and fame to help elevate the women’s game. There are amazing players at all levels of women’s basketball. Kobe realized that a long time ago and was great for growing the college game, as well as the WNBA. Makes me sound like a 10-year-old kid again, but I was pretty hopeful my career would one day allow me to meet Kobe, and unfortunately that won’t happen now. Going to miss that man!”

There’s one lasting impression Kobe left on our generation. Find your passion. Once you do, attack it relentlessly.