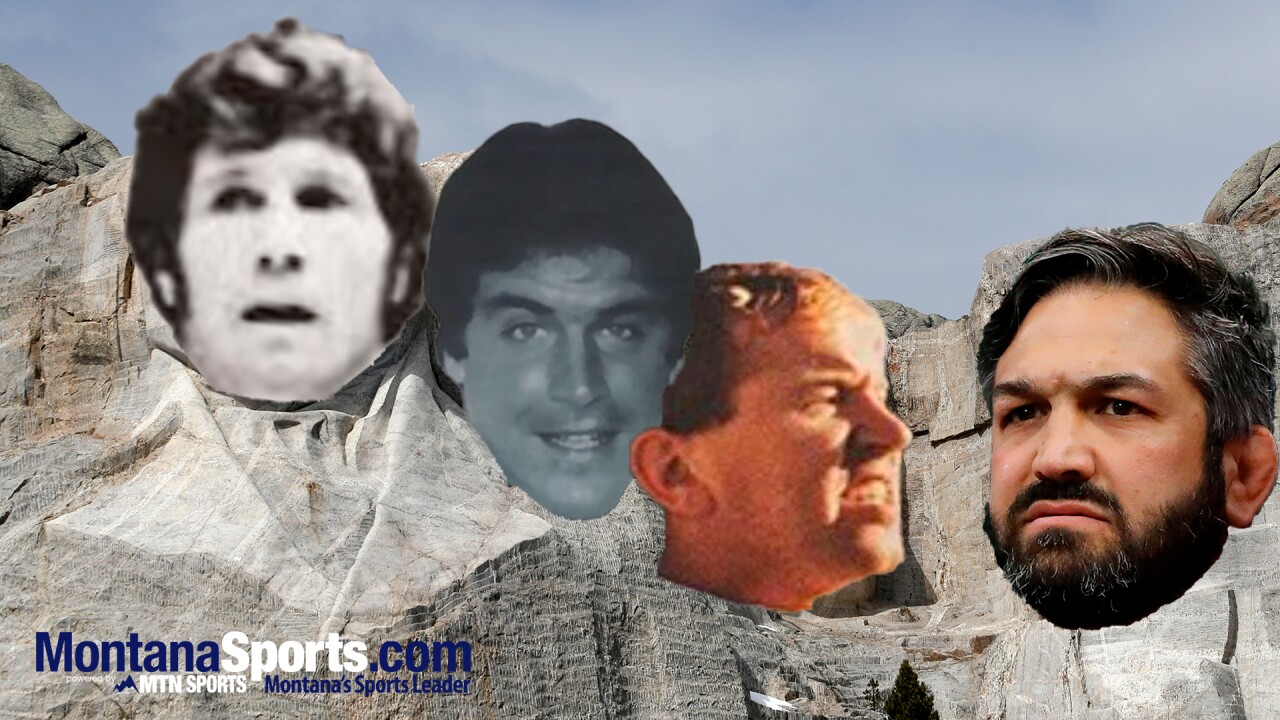 Bill Zadick is the largest figure in Montana sports history, according to user votes compiled to determine the Mount Rushmore of Montana sports.

Zadick, the head coach of the United State Senior Freestyle wrestling team and one of the best wrestlers in Montana history, received more than 1,000 of the more than 5,500 votes cast over the past two weeks. Zadick is joined on the Mount Rushmore of Montana sports by Dave Dickenson, Pat Donovan and Gene Davis, who received the second-, third- and fourth-most votes in the poll.

Zadick has been a winner at every level of wrestling. He became a four-time state champion at Great Falls High in the 1980s and '90s and then had a standout career at the University of Iowa, ultimately winning an NCAA Division I national championship in 1996. He later added a freestyle gold medal at the 2006 World Championships.

Dickenson is one of only two Montana athletes to be inducted into the College Football Hall of Fame (Missoula’s William “Wild Bill” Kelly was enshrined in 1969) after a stellar career with the Montana Grizzlies. After helping Great Falls CMR to two Class AA state football championships, Dickenson quarterbacked the Griz to the 1995 NCAA Division I-AA national championship and won the Walter Payton Award. A three-time all-conference selection and all-American, Dickenson is arguably the greatest player in Big Sky Conference history.

After his UM career, Dickenson became a star in the Canadian Football League. He won three Grey Cups as a player and was the league's most outstanding player in 2000. He joined the coaching ranks in 2009 and has since added two more Grey Cups. Dickenson has been the head coach of the Calgary Stampeders since 2016.

Donovan is one of the most-decorated football players in Montana history. He was an all-state athlete at Helena High and then played college football at Stanford, where he became a first-team all-American. The Dallas Cowboys selected Donovan in the fourth round of the 1975 NFL Draft. He moved into the starting lineup in 1977, became a four-time Pro Bowler and ultimately played in three Super Bowls, winning a ring in Super Bowl XII.

Davis was the first great wrestler in Montana history. He was the state's first four-time high school state champion and later became the first Montanan to win an NCAA championship. Wrestling at Oklahoma State, Davis was a three-time all-American and 1966 national champion. In his post-college career, Davis claimed a bronze medal in freestyle wrestling at the 1976 Olympics, and he is still the only Montanan to win an Olympic medal in the sport.

We'll begin voting on candidates for the female Mount Rushmore of Montana sports on June 29.