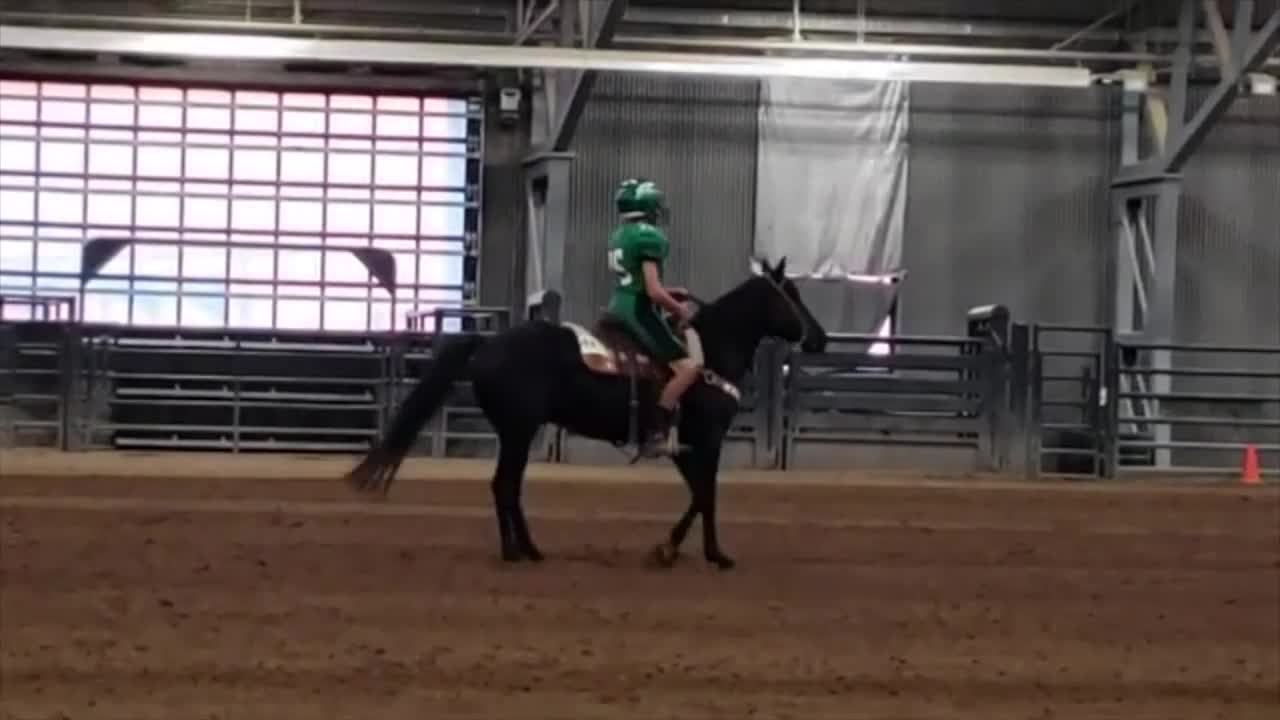 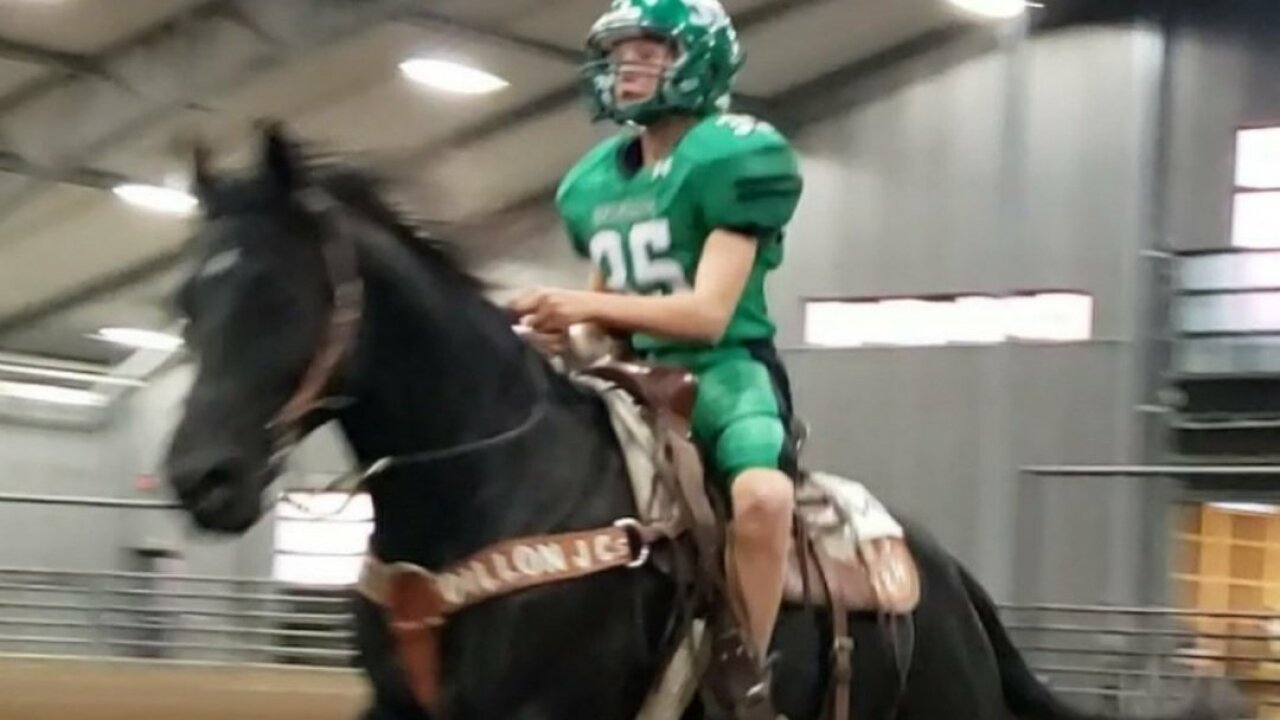 BELGRADE — Lane Smart is a freshman on the Belgrade football team. But he has another love besides football: riding horses.

He competes in a few horsemanship competitions as a part of 4-H. Both sports help grow trust.

“When you’re on the horse, it’s really trying to get the connection with your horse, and football you’re trying to connect with the team and the field, and everything is happening so fast on both of them you just kind of have to go with the flow,” Smart said.

Last weekend Smart had a conflict of interest. He had a football game scheduled for Saturday and a 4-H event in Livingston at the same time.

“It was a really hard decision, but I’ve been practicing a lot with my colt," said Smart.

He chose to attend the 4-H event, but during one of the competitions he wanted to show his Belgrade teammates that he was there in spirit.

“I wanted to show them that I was still there, that I wanted to be there and I was disappointed that I had to make the choice,” he said.

So, Smart decided to don his full Belgrade Panther football uniform, pads and all, for one of the competitions.

“It is a pretty challenging one, because you’re going so fast the whole time. With the football gear it was a lot more slippery," he said. "The main thing was my pants, I was just sliding in the saddle.”

People at the competition and his football teammates were more than supportive of his decision.

“I got a lot of people that came up and said that their sons and whatnot thought it was really cool and I was their favorite out there (at the competition)," Smart said. "It was pretty cool to see all the state support, but it was even better when I got back here.”

For Smart, it was about working with his 2-year-old colt, Apollo, who he has been training for a year.

“To me, training a horse is the feeling of responsibility," Smart said. "To know that you’re responsible for that animal’s future, and if you don’t start it good, then it won’t have a good future. If I start a horse good, it will have a good future with or without me in it.”

Belgrade won without Smart and Smart won with his horses. Safe to say, he made the right decision.

“I won my Western Pleasure Class with my baby Apollo and then with my other horse I got two second places,” Smart said.