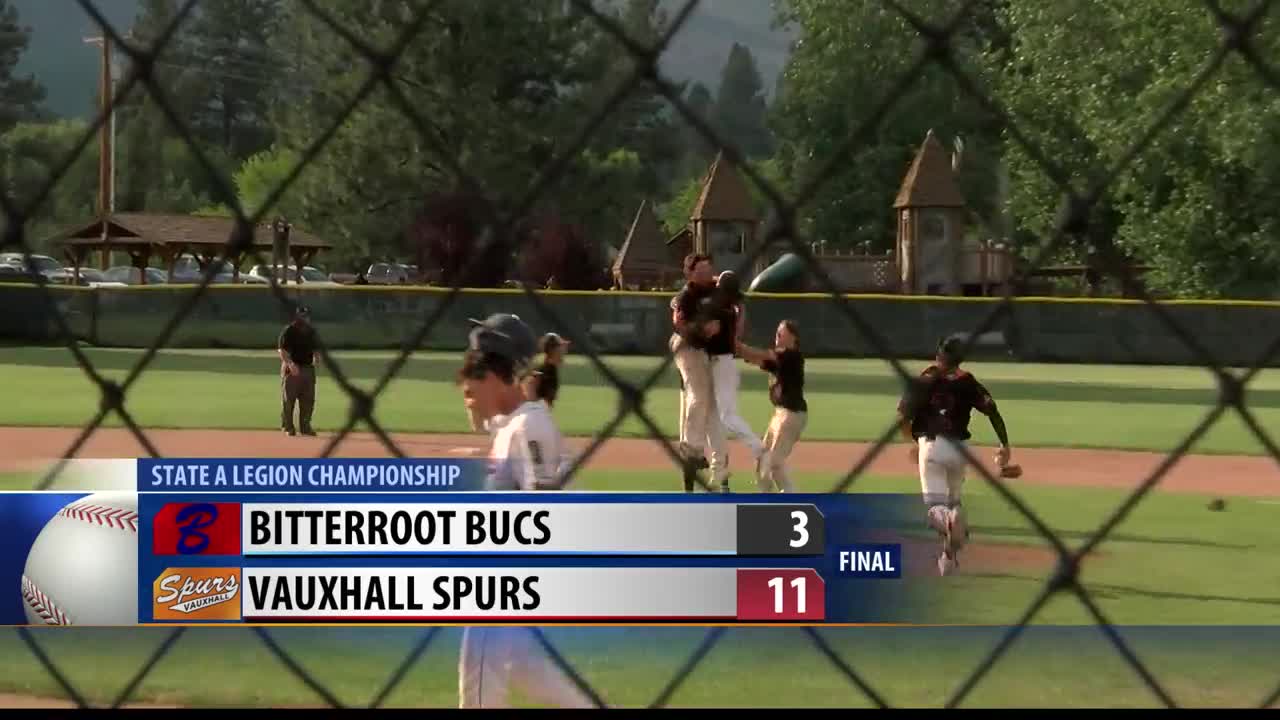 FLORENCE – After the final out of the 15th game over five days, the Vauxhall Spurs celebrated at the State A legion baseball tournament on Wednesday evening. The losing team could also hold their heads high.

The Bitterroot Bucs came one win away from a remarkable state championship. But either way, the KPAX Athletes of the Week gave the home crowd one memorable week.

Bitterroot went 6-14 in league play this year, finishing dead last out of the eight teams in the west. They lost two quick games to get knocked out of the district tournament in Libby just over a week ago.

But when they returned to their home field for state, the Bucs suddenly put it all together. Bitterroot eliminated Lewistown 14-4 on Sunday, west district champ Mission Valley 9-8 on Monday, east district champ Laurel 4-1 on Tuesday and south district champ Gallatin Valley 15-14 earlier on Wednesday to claim the runner-up trophy.

“It’s been a long time since the Bitterroot Bucs have placed at the state tournament,” admitted head coach Austin Nogle. “To be able to do it here at home in front of everybody, I couldn’t ask for anything more than what these guys gave me this weekend, the fight that they gave me.”

“Every year I’ve been here we’ve taken third or fourth or whatever,” said catcher/pitcher Jake Scully, commenting on how the Bucs have often been overshadowed by other western district teams who have won recent state championships. “And this is just more fuel to the fire.”

In the final game, the worn-out Bucs fell behind quickly 9-0 in two innings. But in a perfect metaphor for their season, kept fighting to the final pitch in an 11-3 loss to Vauxhall.

“(We’re) short on pitching,” Scully admitted. “(Brendan) Schneiter is one of the guys we rely on to throw strikes. And that’s what he did but that team is just really good.”

Scully was named the tournaments’ top hitter, batting .529 with five RBI during the week.